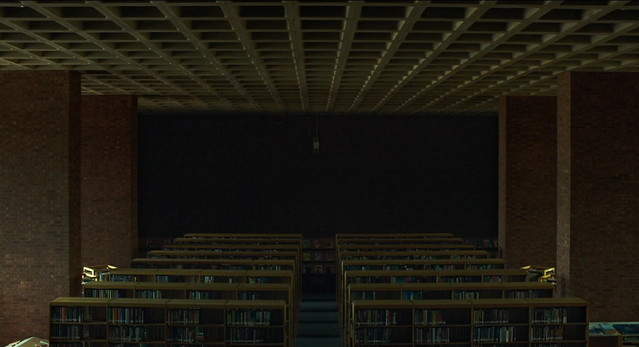 Enjoyed this film. Big enthusiast of the architectural work of Eliel Saarinen and slightly of Eero Saarinen, the way the film dealt with that work was visually impressive. The main character evolving into a talented young women from a more than interesting girl makes for a good story. Had a slight problem with the style of the film which had good intentions (a strong familiarity with Ozu, Bresson and similar filmmakers) but didn't get past those influences in a way that was completely satisfying. The actors were top notch but one was always aware that they were acting and acting in a movie. This style could be a dialogue with the mechanics of cinema, the camera in relationship to the world, to buildings, to people, but it never got to that level. Despite the crit, it was a good watch and emotional.

Reading John Williams' Butcher's Crossing (perfect book!), so decided to have a night of westerns. The first one was Bone Tomahawk, from the director of Brawl in Cell Block 99, no fucking around with this film. Heavy.  Good cast, Kurt Russell and Richard Jenkins were top notch (Jenkins really funny), as was Patrick Wilson. Tearing out the voice box deal not easy to watch but easier than watching Wilson stick the bloody thing in his mouth. The tendency to violence by Zahler not dissimilar to Michael Mann's except more gory.

Had seen the original which is a real serious film, but not the remake. Assumed it would be not great, but was quite a bit better than I expected. Christian Bale and Russell Crowe in top form, Peter Fonda quite good too, good cast in general. 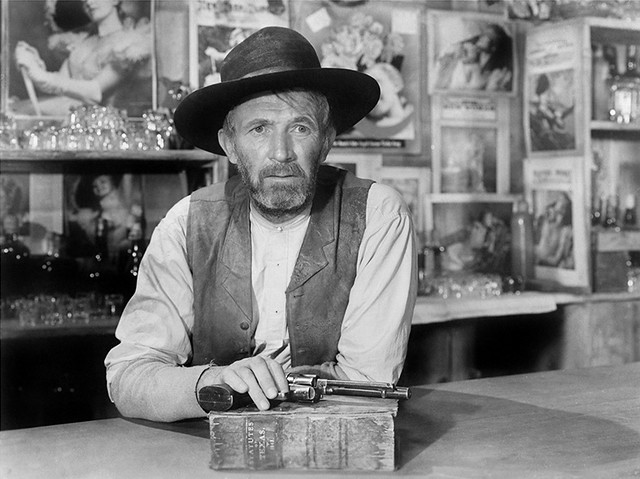 Second or third time watching this. For any fan of Walter Brennan, this is one of those films that is just so so perfect because of his performance. Brennan as a film heavy is one of those things this film viewer lives for, another example would be My Darling Clementine (my boys....). Brennan was born in Lynn Massachusetts, I used to live near there and people would say Lynn Lynn the city of Sin. He is one sinner son of a bitch in these two films. A slight drawback I didn't remember is some of the domesticated scenes. A friend recently said he had trouble with pre 1970s films because all the actors were like this *, it is actually somewhat true with many actors from the early days, in this film Brennan is totally contemporary to me... subtle and sinister, yet Doris Davenport was pretty much exactly like the ham from In Living Color. I edited her out in my mind and enjoyed the shit out of this film.

Tried watching this because I like Marc Maron but it didn't arrive to my head properly.  Funny how these shows have such gratuitous nudity. The best uncalled for nudity example is in True Detective season one with the Vashti Bunyan music. I feel bad for these actress having to do nonsense like this so some old bugger will not change the channel. 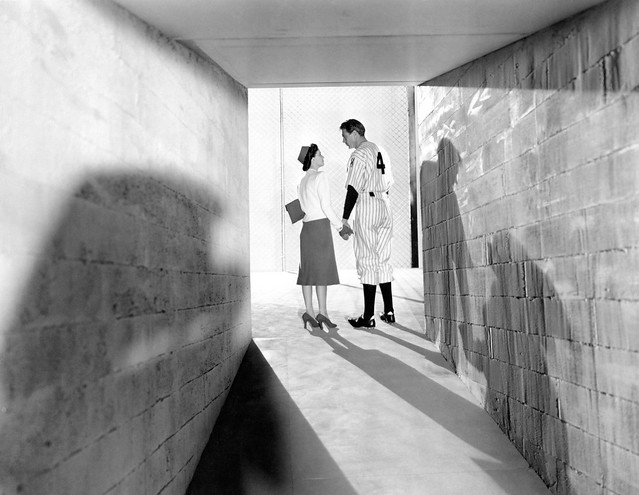 Second time seeing this. Good solid film. Forgot Walter Brennan was in it, good viewing this after The Westerner a few nights before with both Cooper and Brennan. They are a good match. Teresa Wright too! Underrated actress. 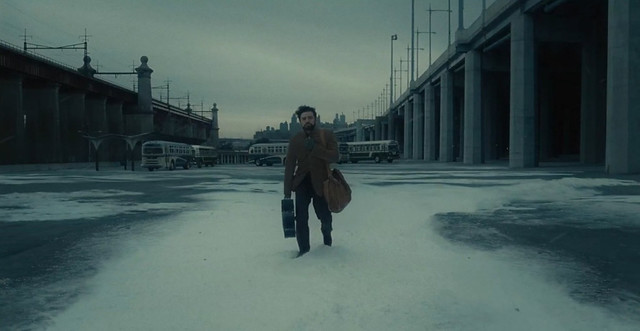 Second time seeing this. Saw in theater initially and did not care for. A bit more liking for it this second time, the Oscar Issac character is just so unlikable but understanding him as someone that will just die without reaching his goal of being famous is easy to relate to. I found more to like in the film with that concept. Not everybody is Bob F. Dylan, some people are just losers, and losers are ok in my book.

Ex Machina writer and director Alex Garland, plus composers Geoff Barrow & Ben Salisbury and cinematographer Rob Hardy, all from Ex Machina (Hardy also shot Red Riding: The Year of Our Lord 1974). My favorite parts of the film were Natalie Portman in a Ramboesque shot with her partially in slow motion shooting a machine gun. Visceral! Also, much of the music/sound design was top notch, like when Jennifer Jason Leigh turns to light, the music/drone was truly beautiful and intense. And the Jóhann Jóhannsson like melody inside the lighthouse as Portman meets her clone, had the melody in my head for a while. The cinematography of the film was quite strange.... pastel-like colors, not much contrast or richness in color, not really my taste but it had its moments and gave the film a unique quality. Some of the early photography inside the lab (and before) looked overly video in quality and it was hard to say if that visual style gave much to the film, except for an extreme coldness in aesthetics. I bought the blu-ray of Stalker, and have yet to really watch it all the way through. As a young man about town, Stalker was one of the films that most inspired me.... I like the relationship of Annihilation to Stalker.
Posted by the art of memory at 11:06 PM