to magnetize money and catch a roving eye 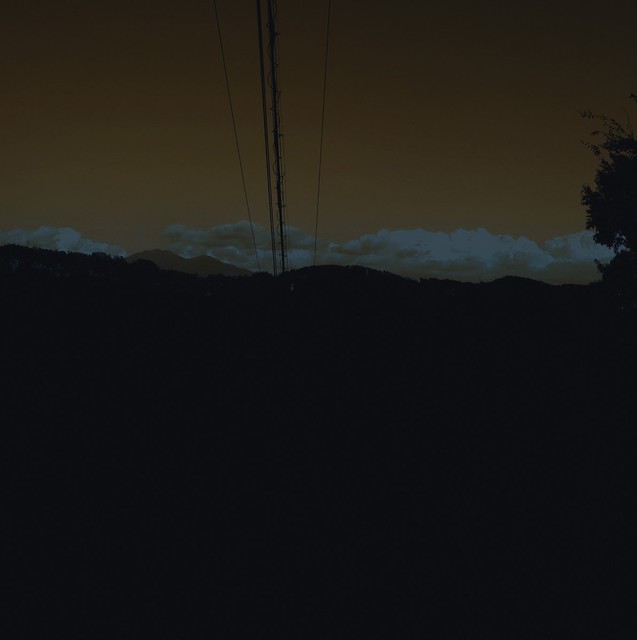 Jim O'Rourke - “to magnetize money and catch a roving eye”

Mysteriously around 1994 I obtained the Jim O'Rourke double CD Disengage, which includes Mere and the perfectly titled A Young Person's Guide To Drowning. At that time this listener was 19 years old, new to experimental music, and putting more effort into listening than formulating the words to describe what I was listening to. I remember a random chap on the train in Boston asking me what I was listening to, me with my headphones and portable CD player spinning Disengage, coming home late at night in a cold miserable Boston evening. I said Jim O'Rourke's Young Person's Guide to Drowning and got a pretty strange look in return. "What kind of music is that?" he asked and I really had no idea how to answer. I remember saying "it could be described as a music of quiet noise", to which he replied "aren't those two two things contradictory"?  I had to think a second and agreed that possibly those words didn't belong together but in a way it was a perfect description of what I was hearing. That year was really opened up sonically by hearing Giacinto Scelsi, Aube, Merzbow, Caspar Brötzmann, The Ruins, Gastr del Sol, and Keiji Haino, many of which randomly my dorm neighbor lent me, an interesting ex-military art student who dressed like he just got back from the Gulf War. The fellow had great taste and all his CDs smelled strongly of wood, later I figured out from the storage shelf he had. Very strong memories for a now approaching middle aged listener.

Jim O'Rourke later entered my listening world when I got hooked on Andrew Chalk and Christoph Heemann's work together as Mirror, where he contributed here and there. I had not noticed in the years between that he was basically in every issue of The Wire magazine and was as close to a pop star as one could get in the experimental music scene.

And in 2019 we find Mr. O'Rourke at a creative peak with a new 4 CD set released by the French label Sonoris which over the years has issued out great release after great release including box sets of Kevin Drumm and steve roden.

The first disc in the set is perhaps one of the best things I have heard from Mr. O'Rourke. Beautifully abstracted music consisting of slowly shifting and resonating sounds which are extremely dark in nature, and offer an overwhelming feeling that can be described as being similar to the music and ambiance of a Tarkovsky film. The listener perceiving the disc is immersed in a world not unlike the driving section through Tokyo from Tarkovsky's Solaris (where I believe Mr. O'Rourke lives), or the hand motivated train in Stalker traversing the explorers into The Zone. Sound worlds crafted by Tarkovsky, Bach and Eduard Artemiev - filtered, stretched, remembered and unremembered by a truly original artist. "Unremembered" in a way where the artist's own mind manipulates sounds from his/her past onto tape with fragments that are unconsciously inspirited by what one has absorbed over the years, where transformations have been made partially by the mechanics of ones own brain, an alembic filter of experience and influence. One finds oneself within this slowly drifting world where melodies that would take a second to experience are shifted into many minutes, disrupted by extremes of sound like clamors and glitches, or scratches and blatant melodies. So perfectly moving throughout your headphones or the speakers within your physical space, shifting ones perception from here to there and back again. An ideal world the inspired listener finds oneself in, a place you would never leave if that where actually possible.

The disruptions are brilliantly heard again on disc two where the rain and drone of some darkly beautiful world are shredded into oblivion nine minutes in with a dragon-like feedback that slowly dissipates into a glowing atmosphere of place, taken over again by the rain that so soothed the listener minutes before. Later we find this field-recording-based beauty further shifted electronically like some Hafler Trio filtration devise turned not up to 11 but lower to 3 where subtleties overwhelm the foreground and situate ones mind in a labyrinthian place. Yet, memories of each section of the labyrinth are not clearly remembered and they trigger no words into ones consciousness, but dreams of emptiness are instead triggered, dreams that have no connection to a humdrum life but from perhaps another life or another dimension.

Disc three begins with a noisy and almost Musique concrète obliteration of bird calls where slowly emerges a transcendental melody as mysterious and sublime as a winter light, which encourages the birds to make their presence more plain and a period of bliss is achieved. This shifts to distorted dragging-like sounds accompanied by a heavy bass Dantean movement of ground, with almost imperceptible bird screams disoriented again by a heavy shifting ground. Towards the middle of the disc we find backwards layers further situating the listener in a perceived chaos and disorder. Later on  in the recording waves of sound powerful enough to elevate and drop a ship at sea move the listener away from the chaos into what can only be described as deep sea where the the dweller Leviathan finds himself peacefully sleeping for a stretch of time before being awoken by an ending of sonic nihilism, of a high pitched variety.

Listening to this new release, I am also re-reading one of my favorite HP Lovecraft stories from The New Annotated H. P. Lovecraft by Leslie S. Klinger: The Music of Erich Zann from 1921. The story has always been a great way in lending a description of certain experiences that drone music can offer a listener:

I have examined maps of the city with the greatest care, yet have never again found the Rue d’Auseil.... I have delved deeply into all the antiquities of the place; and have personally explored every region, of whatever name, which could possibly answer to the street I knew as the Rue d’Auseil. But despite all I have done it remains an humiliating fact that I cannot find the house, the street, or even the locality, where, during the last months of my impoverished life as a student of metaphysics at the university, I heard the music of Erich Zann..... That my memory is broken, I do not wonder; for my health, physical and mental, was gravely disturbed throughout the period of my residence in the Rue d’Auseil..... But that I cannot find the place again is both singular and perplexing; for it was within a half-hour’s walk of the university and was distinguished by peculiarities which could hardly be forgotten by anyone who had been there. I have never met a person who has seen the Rue d’Auseil.

Attempting to locate oneself within the drone described by the author Jim O'Rourke can be (beautifully) pointless, as this place is alien and beyond ones understanding. Memories of this particular world of sound, from one second to the next, are like the obliteration occuring when water is poured over a watercolor drawing. Sharp lines become warped and blurred, ghostly melodic occurrences dominate and confuse us, and attempting to understand the music of Erich Zann seems often times futile. If even for a second vision appears clear, then feedback arrives and obfuscates beyond all measure.
Posted by the art of memory at 4:16 PM