Watched the new 4k disc in an amazing home theater with 5.1 and Sony 4k projector. Volume to the max. 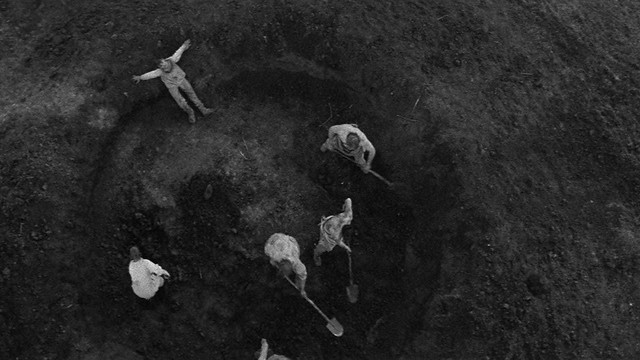 Finally watched the Criterion blu-ray, a favorite from my youth. One of Tarkovsky's best. Endlessly enjoyable music by Vyacheslav Ovchinnikov. A 10/10 or maybe 11/10 rating. The intro hot air balloon sequence never ceases to amaze.

1.2.2019
Alfonso Cuarón - Roma - 2018
Second time seeing this brilliant film. My favourite of 2018 along with First Reformed. The near drowning shot (above) is not only an emotional roller coaster but you watch trying to figure out how the hell he shot it. Cuarón said in an interview they used a type of underwater ramp to assist but it still remains a mystery of a shot.

Second time seeing this film, I liked it better the second time. I don't know how intentional some of this is, but I find the film pretty humorous, like when the young girl has her head removed (images above). I found myself laughing pretty hard. Some great acting in this film and Colin Stetson's score is top notch.

I went about MI wrong and saw the most recent one first and then one through five after the fact. I basically couldn't watch the first two and found the last three to be the best in the series. The most recent one is beyond a doubt the best one for this viewer, this one starts a bit slow but gets pretty good starting with the motorcycle chase in Morocco. McQuarrie really can get the blood going.

Second time seeing this. Not totally into Natalie Portman, Gina Rodriguez, nor Oscar Isaac in this film but it does have some really lovely moments and beautiful psychedelic visuals. The soundtrack really grew on me this time, starting with British Folk inspired guitar and moving into some heavy Jóhann Jóhannsson like melodies. 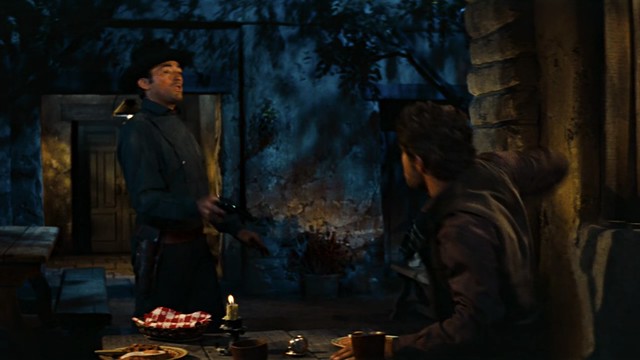 Second or third time seeing this Alan Ladd film. I forgot that Ben Johnson was in it, nice to see him play a sort of heavy. Jean Arthur hams it up a bit as does Van Heflin, but Ladd (at around 40 years old) gives a really subtle and strong performance, up there with Clift or Dean. He is a very underrated actor, one would hear his name in SF often associated with films at the festival but not much besides that. 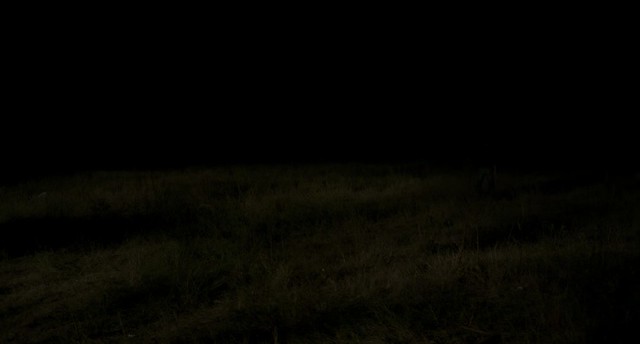 This is just one of those great films. I had heard about it recently and from bits of description, seemed like my kind of film. I decided after watching to not really read about it as I really felt a strong bond intellectually and aesthetically to it and didn't want some just out of college upstart's words to tell me how to feel about it.  This film is one of those contemporary films that can exist somewhere where words are not necessary. I remember studying with Ernie Gehr and he would constantly talk about "gut reactions" to works being more important to him than using text as a supplement. He and I had similar taste in books and when I brought a book to class he said he had purchased it as well and just started the process of looking at the images. How reading the text would have to wait until the images had been consumed. This film takes place in this great area of non-verbal understanding. At first our German hero (or non hero) struggles to communicate with the townsfolk in rural Bulgaria. He slowly comes to some sort of communication with some of them in a almost non verbal way, and then the communication appears to be not as strong as the film progresses. He is a great bullshitter our hero, a fellow not likable in many ways but truly a pleasure to watch. Sandwiched in between many other westerns I have been watching, the title goes well with the atmosphere I have set up in my mind lately, yet it is a stretch to call it a "vestin" as a German might say, yet in a way it has many common themes that run through the genre.

Felix van Groeningen - Beautiful Boy - 2018
Not a film I took a liking to but really was enjoying the Marin landscapes.

Third time or so seeing this. Initially saw as a young man and had a lot of trouble with it, maybe the aging (anti) hero part of it didn't appeal to me but I think more specifically the made for television feel of the film. A second viewing I fell in love. Reminds me of when I was a kid and all these great films were on AMC and you could watch multiple times and see films only your grandparents had heard of. This time I enjoyed it even more, such a strong performance by Wayne and Bacall, heavy subject matter. The style of this film is very striking, with quite raw sound and plain Jane aesthetics.

A film not without interest, subtly obscure NYRB narrative with a very intriguing soundtrack/sound design. 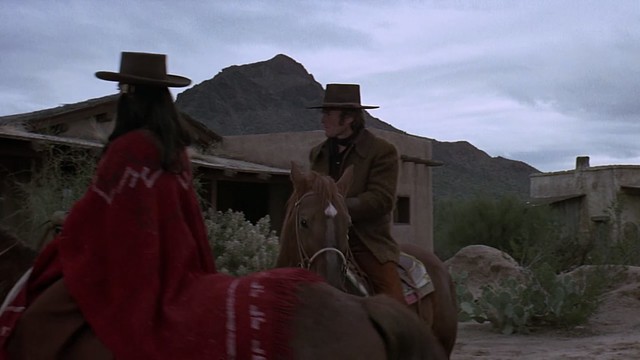 Clint Eastwood western shot by Bruce Surtees. Good deep reds and darkness from the western master cinematographer who shot The Beguiled, Play Misty for Me, Dirty Harry, The Outfit, Night Moves, The Outlaw Josey Wales, The Shootist, Escape from Alcatraz and some well know 80s films.
Posted by the art of memory at 8:55 PM