then the voices of the ainur, like unto harps and lutes, and pipes and trumpets, and viols and organs, and like unto countless choirs singing with words, began to fashion the theme of ilúvatar to a great music; and a sound arose of endless interchanging melodies woven in harmony that passed beyond hearing into the depths and into the heights, and the places of the dwelling of ilúvatar were filled to overflowing, and the music and the echo of the music went out into the void, and it was not void.

some of these thoughts he (melkor) now wove into his music, and straightway discord arose about him, and many that sang nigh him grew despondent, and their thought was disturbed and their music faltered; but some began to attune their music to his rather than to the thought which they had at first. then the discord of melkor spread ever wider, and the melodies which had been heard before foundered in a sea of turbulent sound. but ilúvatar sat and hearkened until it seemed that about his throne there was a raging storm, as of dark waters that made war one upon another in an endless wrath that would not be assuaged.

for it seemed soft and sweet, a mere rippling of gentle sounds in delicate melodies; but it could not be quenched, and it took to itself power and profundity. and it seemed at last that there were two musics progressing at one time before the seat of ilúvatar, and they were utterly at variance. the one was deep and wide and beautiful, but slow and blended with an immeasurable sorrow, from which its beauty chiefly came. the other had now achieved a unity of its own; but it was loud, vain, and endlessly repeated; and it had little harmony, but rather a clamorous unison as of many trumpets braying upon a few notes. and it essayed to drown the other music by the violence of its voice, but it seemed that its most triumphant notes were taken by the other and woven into its own solemn pattern.

(and more... great chapter from j.r.r. tolkien's the silmarillon, typed while listening to track two from side one of cluster 1)
Posted by the art of memory at 11:04 PM 4 comments: 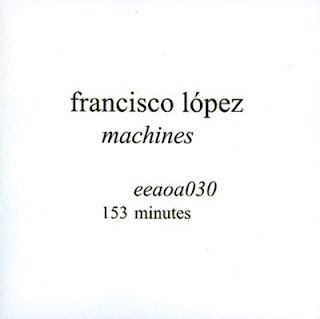 alberto giacometti - the captured hand - 1932
(images from k.g. pontus hultén's
the machine as seen at the end of the mechanical age - moma - 1968)

marcel duchamp
the bride stripped bare by her bachelors, even or the large glass
1915-1923

1969 ingenting (barnwise) refers back 40 years to numerous recordings gathered by chance around 25.12.2009 at drei wasser

- king crimson - in the court of the crimson king: an observation by king crimson - island
- the kinks - arthur (or the decline and fall of the british empire) - pye
- leo kottke - 6 and 12 string guitar - takoma