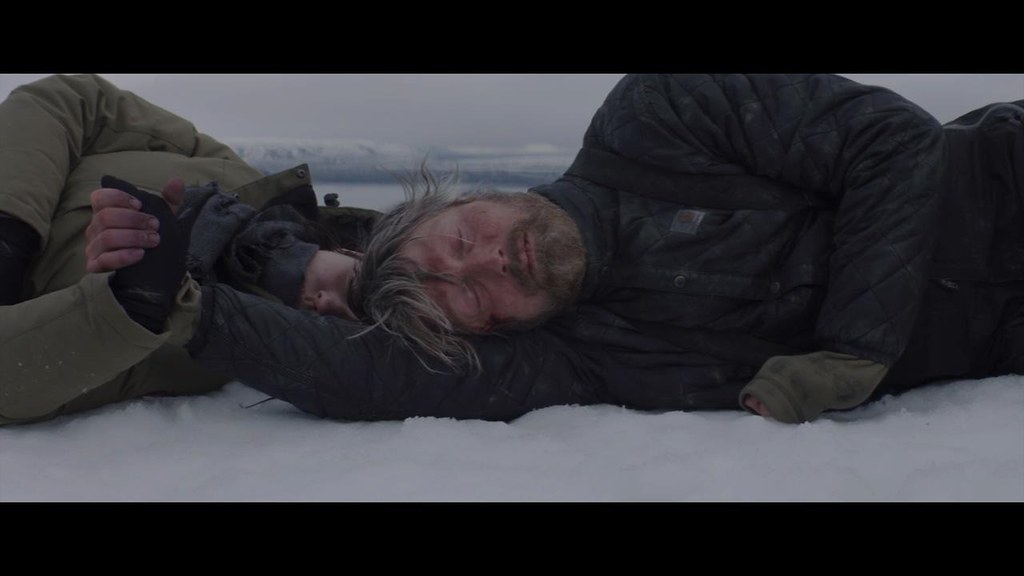 A great idea for a film: Mads Mikkelsen survival film in the Arctic. shot in Iceland. Reminded me of a combo of Never Cry Wolf by Carroll Ballard and The Grey with Liam Neeson. I have often not liked Mikkelsen's choices in films but he is certainly one of the top 20 living male actors, The Hunt is just one of those monolithic brutal performances that one rarely sees, like Nicole Kidman's in Dogville.

5.6.2019
Jake Scott - Welcome to the Rileys - 2010
James Gandolfini film I hadn't seen, another one of those monolithic actors. 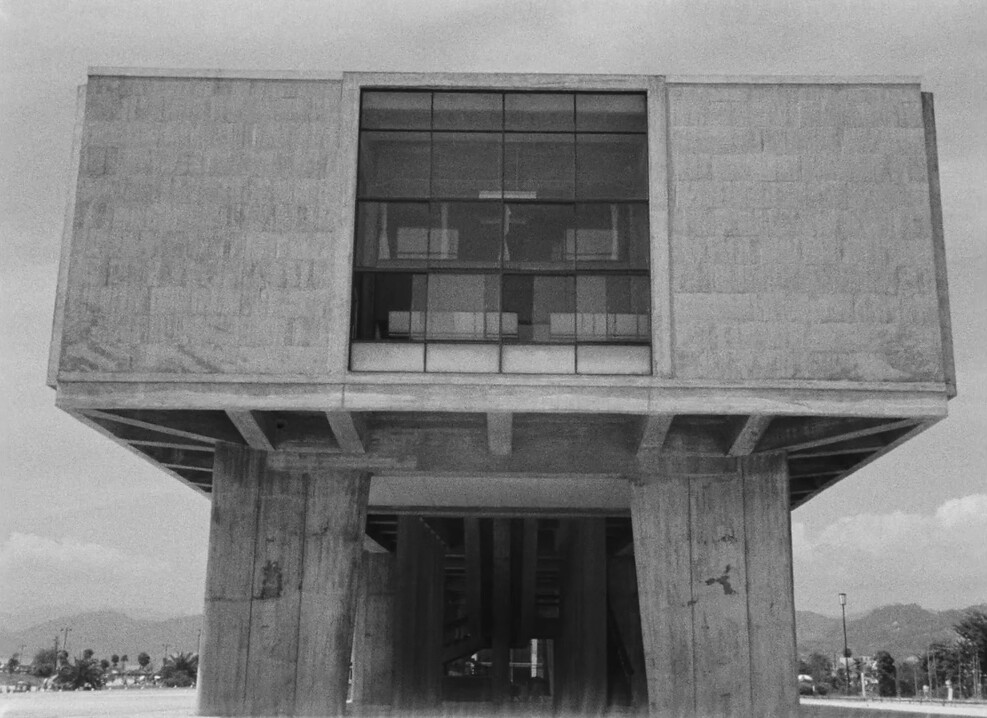 In my former life as an architectural bookseller, I would love when people asked for Kenzo Tange monographs, he did some great buildings including the Hiroshima Peace Memorial Museum in this film. Such an incredible film this is, with music by Georges Delerue and Giovanni Fusco (L'Avventura, L'Eclisse, and Red Desert), cinematography by Michio Takahashi and Sacha Vierny, words by Marguerite Duras, and sublime complex actorshippe by Eiji Okada and the truly beautiful Emmanuelle Riva. This film really has a great rhythm, a kind of structure that is hard to point out or identify but it just moves in a fantastic way, quit intellectualism with an emotional element mixed in to dampen what could be cerebral. One thinks of Alva Noto's work, which when I first heard seemed a little cold but then he issued this intensely romantic and beautiful Xerrox trilogy, full of sublime mystery. 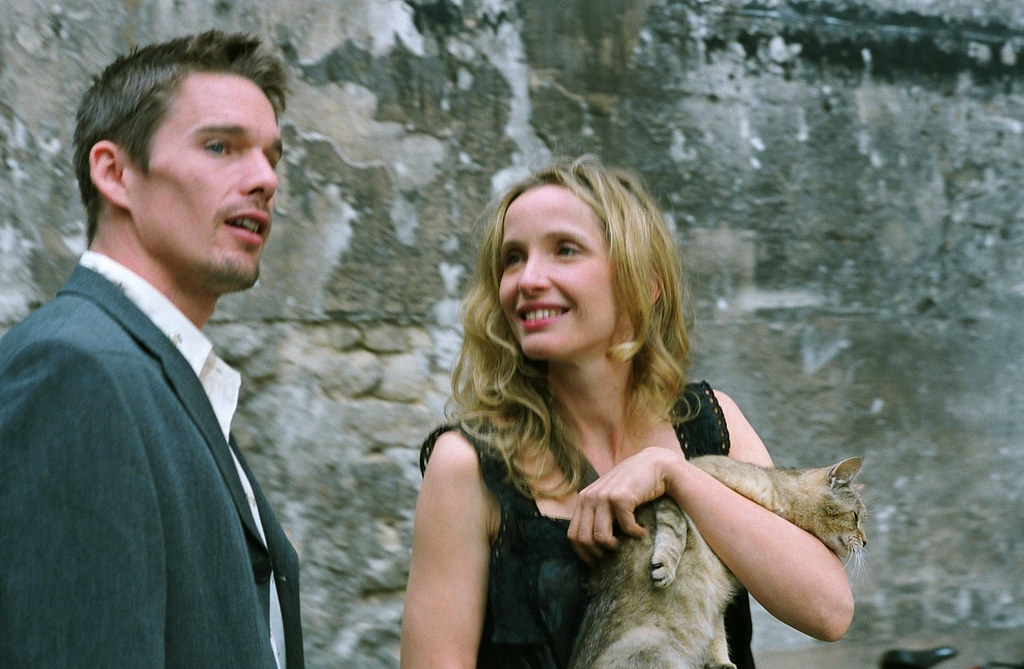 The songs by Julie Delpy are quite nice in this film. Their conversations at time are not necessarily ones you would want to revisit but these are attempts to mask their desires? Hoping to rewatch White soon, one of the best Delpy films.

Fourth time watching this, one time with the enlightening commentary. I should do more research but am a bit surprised how much the ending of this film is not talked about in a meaningful way, in terms of the non-reality of it.  After a few rewatches the ending really has become a dream-like transcendental period of time that this viewer looks forward to like a dry martini after a long day. Comparing Ethan Hawke's performance here, in Boyhood and the Before trilogy, he certainly has some range, one of the great actors working today. 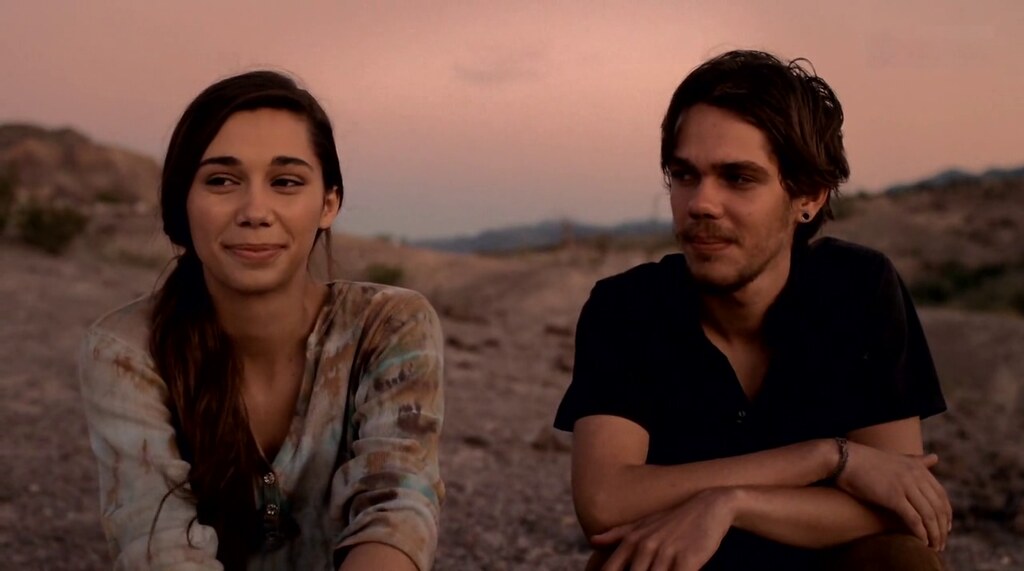 This film didn't hit me as much the first time, I really loved it this viewing. Grew up in a similar upbringing myself, and found the way the children interact with the parents here (both positive and potentially damaging) quite moving. I recently heard a parent tell their 8 year old (or so) child in a museum that if they didn't like the work on the wall then it was garbage, that their opinion is all that matters, which so deeply offended me. Why not talk about the meaning of the artwork, or how it was made, what was happening in the world when it was made (it was a John Cage Ryoanji)? Dooming the poor child to be a monocultured, egotistical bore. Boyhood offers another example with a complex upbringing: sometimes positive but full of grit, layers of depth of thought and feelings. Heard another criticism recently of True Detective 3, people pointing out a parent that would allow their child to ride alone on a bicycle was a rotten parent. Shit I spent my childhood riding a bike and skateboard all over tarnation by myself or with my degenerate friends. Glad that this film explores these questions.

I saw the teddy bear exhibition at the New Museum in New York, which was quite impressive. The way she addresses her work in this film honestly rubbed me the wrong way but Varda's obvious love of the work is very apparent and makes for a good film. 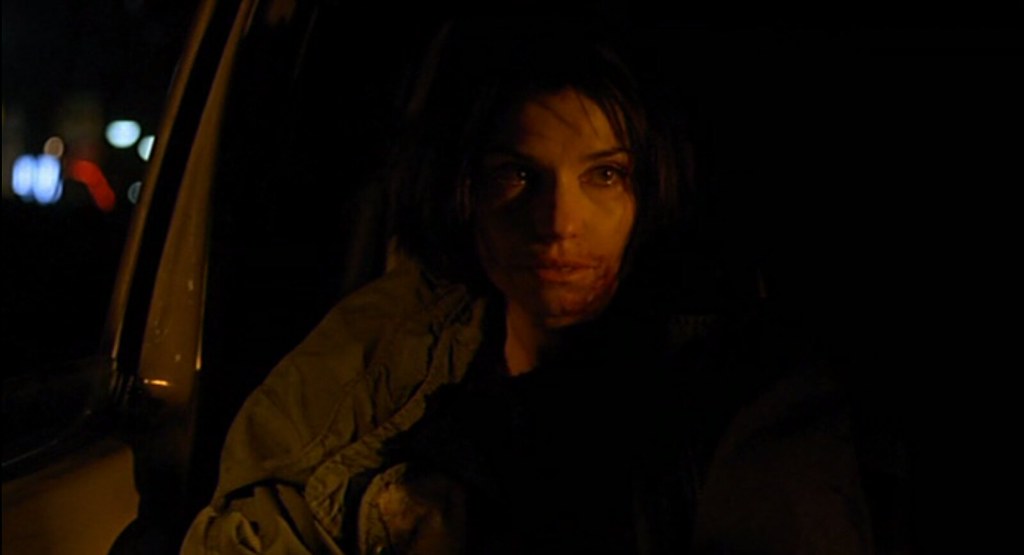 The Tindersticks Clair Denis boxset is something every proud film enthusiast should own, a set I have spent many fine hours immersed in. This film made a strong impression when it came out but I had not seen it since then and had only a memory of the atmosphere of the film. Very nice how Denis has layers of b film here, 70s Italian culture etc, much of which comes from Vincent Gallo's odd screen presence and acting. 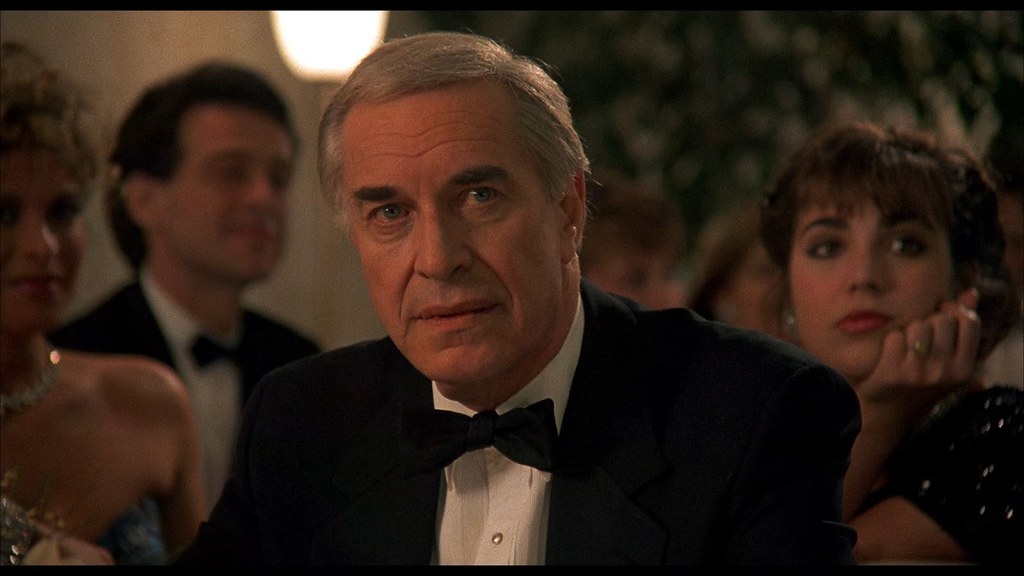 One of the favorite Woody films at the art of memory, although a bit challenging to watch in some ways after news the last few years. Great cast (Martin Landau, Anjelica Huston, Sam Waterston, Alan Alda, Jerry Orbach etc.) and beautifully shot by Sven Nykvist. 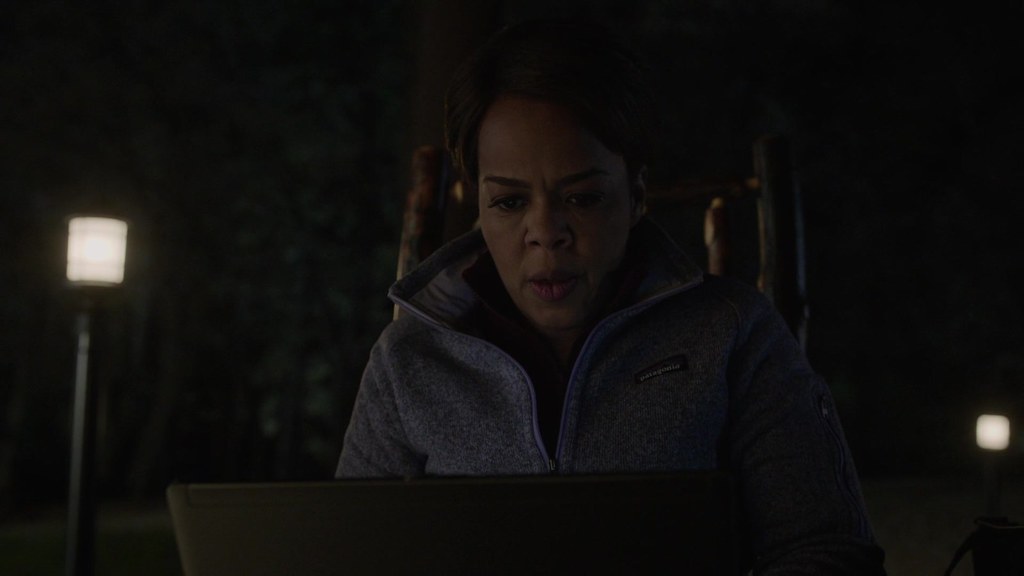 Very good show, Stephen Root and Henry Winkler quite impressive in this as of course is Bill Hader.

In preparation for John Wick 3, these films are quite spectacular. Nice how the plot is so mellow, a nice change from all the (bad) plot heavy movies and shows (GOT).

5.16.2019 - 5.21.2019
David Benioff, D.B. Weiss - Game of Thrones season five - 2015
(rewatch)
I must admit I am rather embarrassed to be (re)watching this. To be current in contemporary television I plan to watch the last season yet I couldn't remember where I threw in the towel with this show or where the plot had taken us. There are surely some good actors in this show, a few good moments of visual storytelling, also an abundance of poppycock. The gratuitous nudity is quite prosperous and one must admit quite funny.

Intense, great visual film, I liked it very much. Keanu Reeves has turned into quite a formidable action star, the way that he moves about looking dog tired and beat up is something quite unique, can't think of another performance quite like this. Anjelica Huston is really spectacular as well, didn't really recognize her at first. My friend Mr. Spell pointed out her theatre as Tarkovsky Theatre, very nice! Many layers of influence here, on the recent interview on The Big Picture podcast Mr. Stahelski talked about what interests him and drives his films, the dude has some good taste.
Posted by the art of memory at 5:05 PM No comments: 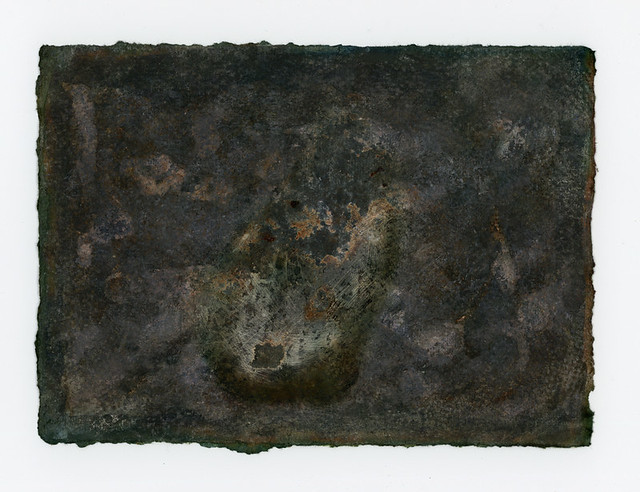 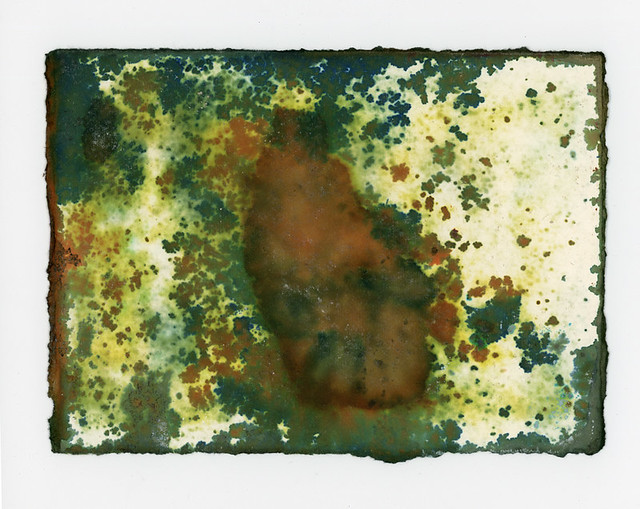 new watercolor painting on darknessmoves
watercolor and walnut ink on paper - 05.2029
Posted by the art of memory at 10:41 AM No comments: 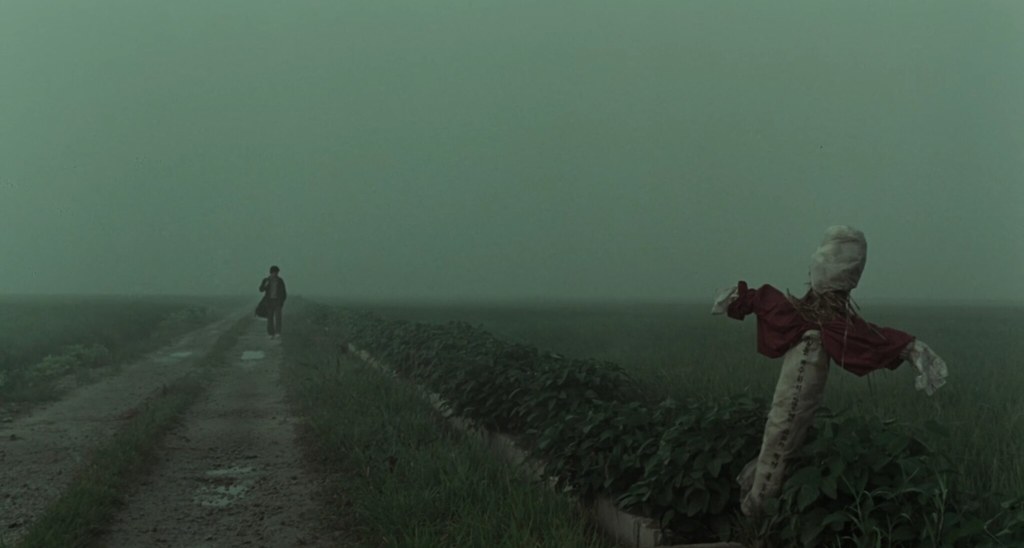 One of the best films I have seen in a while, a total and complete immersion into one hell of a fucked up world. Bong Joon-ho masterfully images a strange, frightening, dense and absurd serial killer film where fog and darkness keep the spectator from having any kind of articulate vision.

Was very excited to see this after the Godspeed heavy trailer. Nicole Kidman is as stunning as she always is. I found the structure of the film and elements of the story not quite right but overall a good film. Sometimes the "motivations" of characters in film just utterly muddies a clear filmic experience, this muddiness sometimes can work well and make a film better in some abstract way, but this is rare and didn't seem to happen here.

After seeing the J. R. R. Tolkien show at the Morgan library, my wife and I decided to give the films a yearly revisit, her third time and my I have no idea, maybe eighth time for myself? I saw the theatrical releases about 3 times each and then the DVD set about four times or so, and now twice viewing the bluray set. I am at the point where I am more familiar with the extended cuts and am curious to go back and watch the shorter versions as these three films seem pretty tight to me and I cannot image really cutting anything out. As stated in the supplements, these are made in the B movie tradition, and that surely separates them from the films made after in the LOTR's style, many of which are quite passionless and without merit. I find many members of the modern day intelligentsia are quite dismissive of this film, something I have never understood but to each his/her own, I love them and find them endlessly watchable and evocative of a world I wish I was in rather than one that embraces up talk, vocal fry, valleygirlisms, and other contemporary epidemics. Great cameo by Jackson as a belching carrot eater (above) in the tradition of Hitchcock.

4.23.2019
The Lord of the Rings Appendice
(rewatch)
Surely the standard for detailed information on the making of a film.

A modern-day Troll love story. Interesting to follow over a week of LOTR viewing with this. I loved this film through the first half but found the direction of the latter half not as engaging. I sometimes wish contemporary films could be a bit more simple. Overall a good film, the actors and the look and feel of the film were fantastic. Definitely very strange. 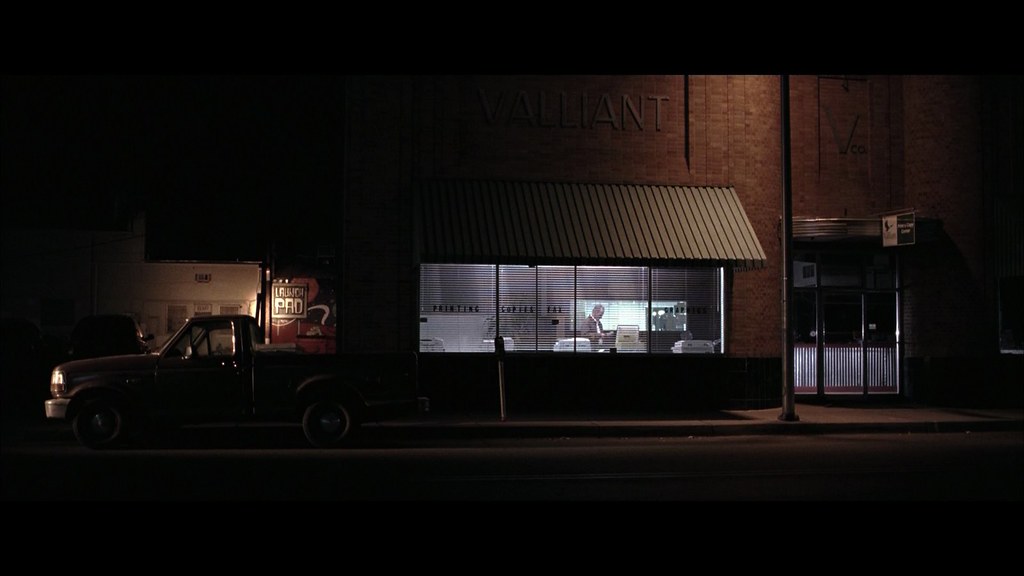 4.29.2019
Paul Haggis - In the Valley of Elah - 2007
(rewatch)
I have seen Crash by Haggis a couple of times and it really makes me uncomfortable, but this film I quite like, especially the performances of Charlize Theron, Tommy Lee Jones, Barry Corbin, and Susan Sarandon. Pretty good story and it unfolds in a way that works well as entertainment and for people digging below the surface. Very much in line with No Country for Old Men, with similar cast members as well including the strange Kathy Lamkin as the Chicken Shack Manager (in No Country she plays Desert Aire Manager, one of the best and most funny parts of the film). Trackers or people who see things others don't in terms of movement across the open country always make for good stuff in film, here Tommy Lee Jones helps Theron with her and her team's lack of clear vision, very much for me similar to how one watches film.

Watched the first half or so of each of these three films and couldn't really get into their scene so stopped them mid way.

The beginning of this film, and especially the chainsaw section, is some great cinema. When Michelle Pfeiffer shows up the film goes in a direction I don't personally care for, definitely dated, but the end with "say ello to my lil friend" gets us back in business. I love in The Sopranos when Tony shows this part to his son, good stuff.
Posted by the art of memory at 4:18 PM No comments: