which he distorted by decorating with images (waterfall film)
(when the rivers are fed by the snowmelt)
(watch in a very dark space, as large as possible)

2012 version with refined images and sound, to be released soon with other films as ib006
Posted by the art of memory at 11:48 AM No comments:

which he distorted by decorating with images 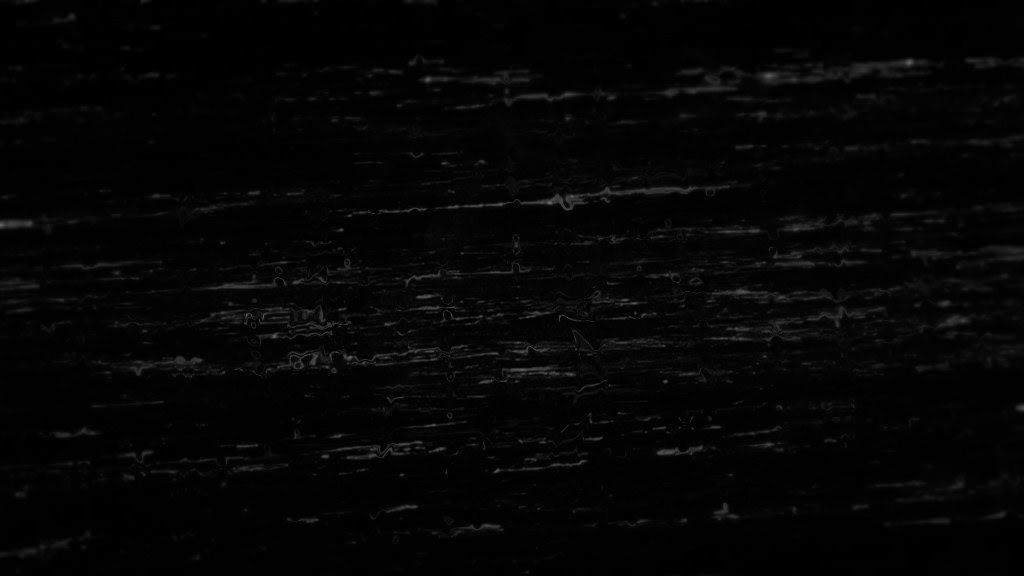 mounds of shadows loomed here and there in the darkness 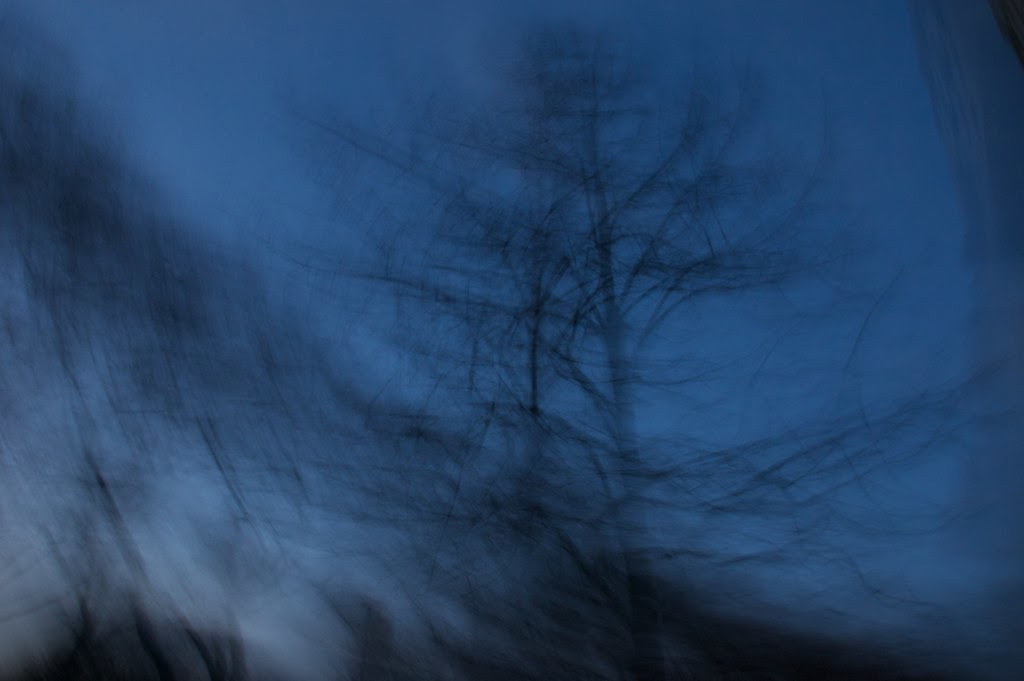 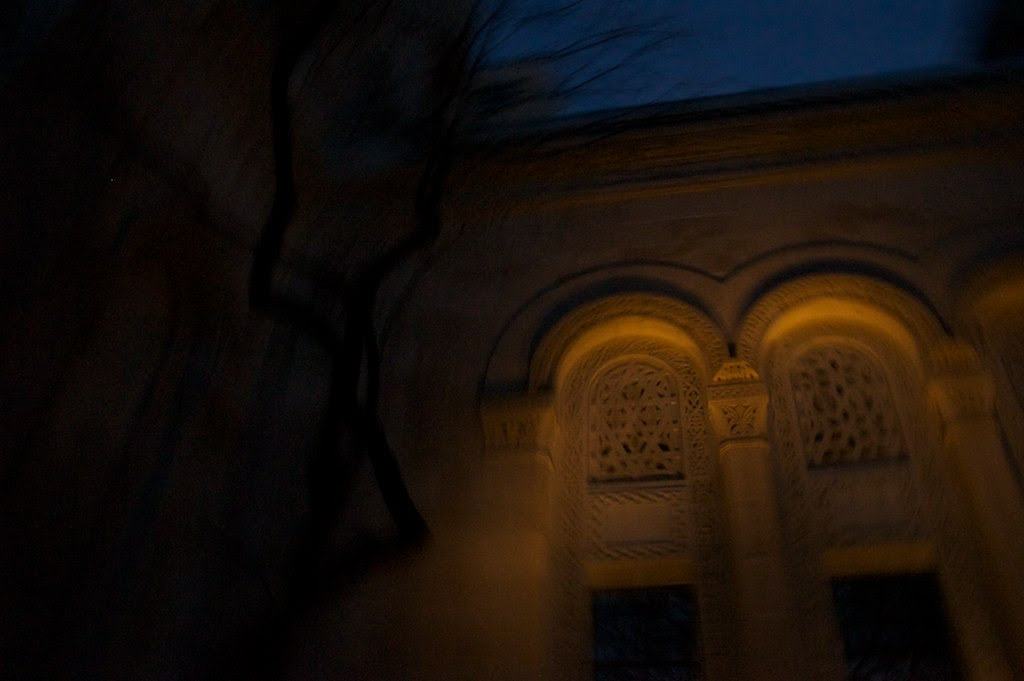 extremely lovely and beguiling release from the ingenting kollektiva, a quartet of apparently like-minded souls based in california and north carolina who have, for their debut long-player, crafted two slowly enveloping fog-drenched and lichen-covered aural landscapes. the liner notes to the album state that the collective's name is taken as an homage to director ingmar bergman and his longtime cinematographer, sven nykvist, and indeed the music here is evocative of one of bergman's beloved magic lanterns -- FULL OF SHADOWS AND FLICKERING AMBER HUES, GENTLY CYCLICAL REFRAINS REDOLENT OF HALF-FORGOTTEN MEMORIES. there's a long list of instruments and sounds that went into making this tapestry (bells, harmonium, old 78rpm classical records, etc.), but used and processed in a way that seems to completely de-familiarize them -- IMAGES ERASED TO FADED OUTLINES. it's possible that i'm the ideal listener for this album, as two of the collective's members have for several years run one of my favorite blogs on the internet, the art of memory, an impressively rich catalog of film stills and music recommendations whose tastes and interests nearly mirror that of my own, and which any of our customers should check out if they haven't. their unerring taste on the aforementioned blog is reflected here in the packaging for this album, a gorgeous gatefold LP featuring the photography of collective member tarrl lightowler. one of the best looking and sounding albums of the year so far for me, very highly recommended.
*digital download coupon comes with record* [mk] (released 2012)

(title - madame bovary)
(images - en route to glühwein and spätzle at the neue gallerie)
Posted by the art of memory at 10:49 PM No comments: 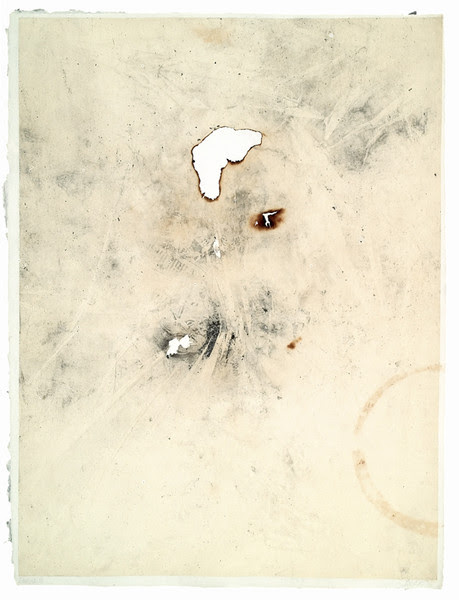 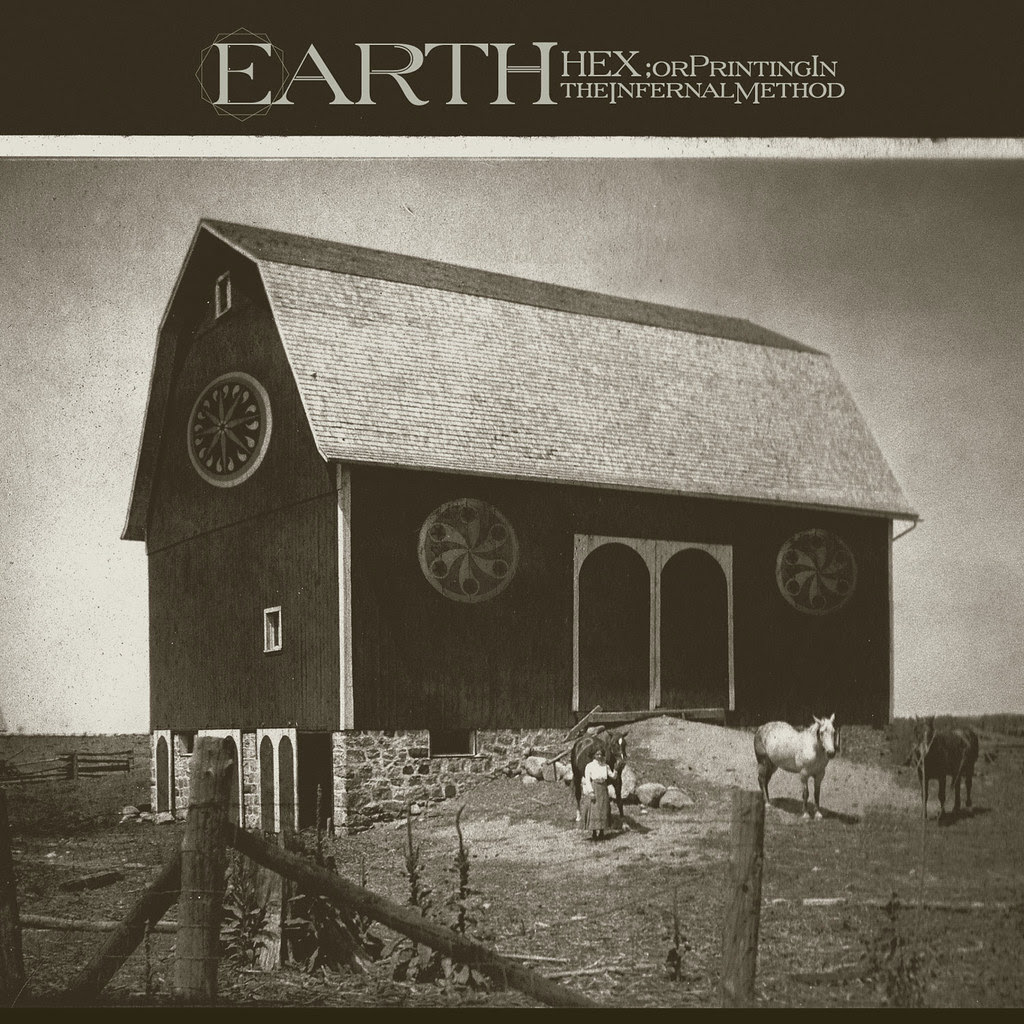 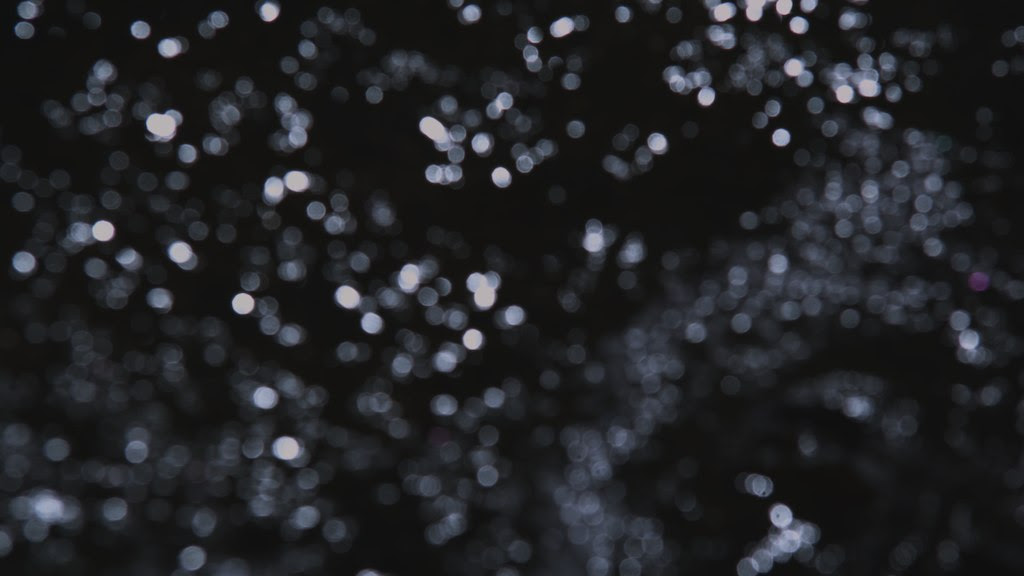 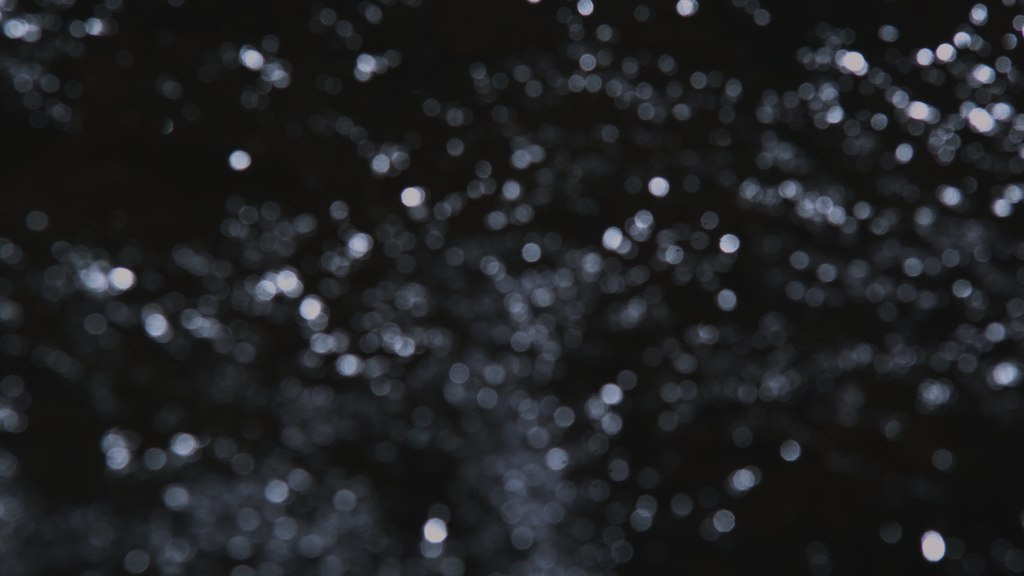 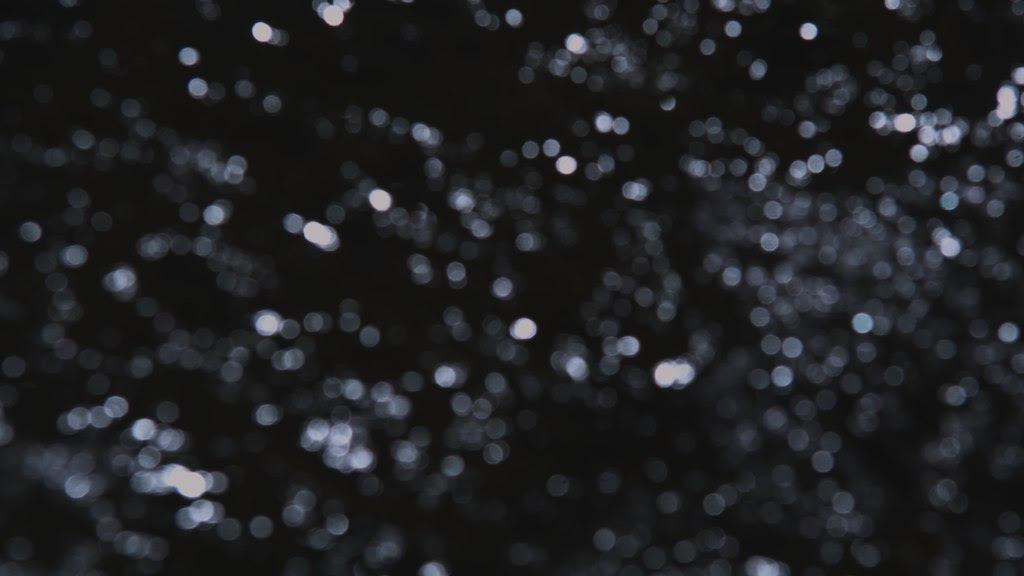 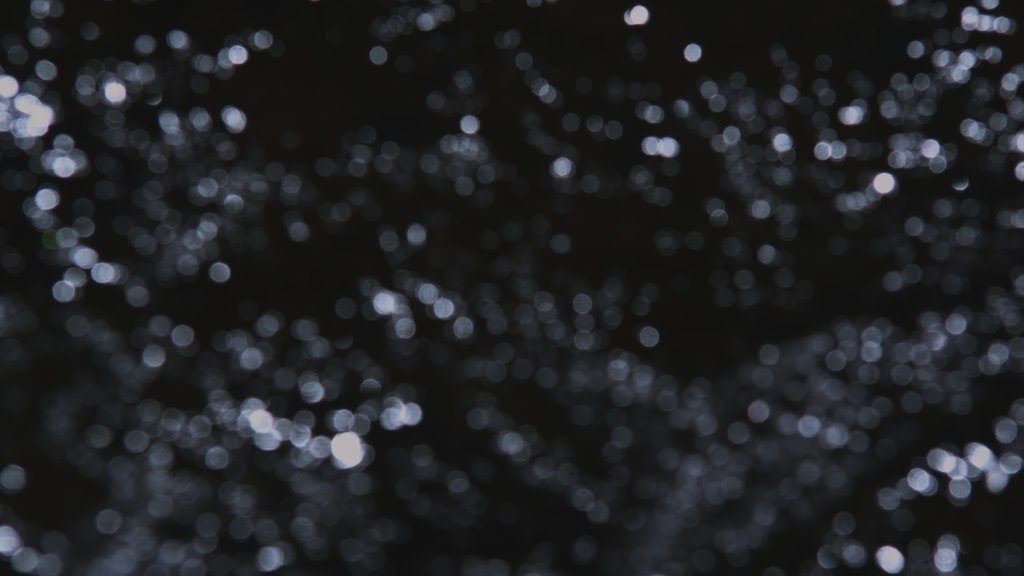 matthew swiezynski - forthcoming red camera film
to be released on oiseaux invisibles 2012
Posted by the art of memory at 10:09 PM 2 comments: driving in your car
oh please don't drop me home
because it's not my home, it's their home
and i'm welcome no more

(many red films in progress by t. lightowler and m. swiezynski)

(access to the red camera was due to an hungarian-polish grant in the name of the great sexagenarian horn historian sir reginald frederick morley pegge)
Posted by the art of memory at 8:45 PM No comments:

'ingenting' translates from swedish as 'nothing', and this american collective draw inspiration from the cinematic master of nihilism, ingmar bergman, on their beautiful debut fragments of night. the two sprawling tracks dislocate the source material of guitar, bowls, psaltery, saxophone and field recordings through an organic crosshatching of delay and loop techniques. sombre melodies and sodden textures emerge out of their droning psychedelic improvisations as a sensible take on variation and repetition, coming to a comparatively violent climax at the end of side B with an abrasive arpeggio of tremolo-clipping violin scrapes. even with this crashing conclusion, the 'nothingness' which speaks through the recordings is not an existential hammer declaring the death of god, but RATHER SUBLTE AND POIGNANT EXPOSITION ON LONELINESS.

ingenting is swedish for 'nothing,' and this american collective (half living in california, the other in north carolina) pays homage to all of the varied meanings that ingmar bergman ascribes to the state of 'nothingness.' this certainly entails all of the dark and heavy aspects of bergman's nihilism and the long pregnant silences that are sporadically interrupted by dialogue; but they also dig into bergman's films finding poetry in such banal phrases as "i want nothing to eat." around this conceptual framework, ingenting kollektiva recorded their first album in "direct response to music recorded or released in 1969" from which they announce something akin to the nurse with wound list, with entries including holger czukay, amon duul, ornette coleman pentangle, king crimson, alan silva, etc. none of those artists mentioned seem to offer the construction of ingenting colletiva's darkly kaleidoscopic abstractions and acoustically driven drones; but the ghosts of those sounds certainly haunt the grooves of this record.

the two long-form pieces of fragments of night allude to more contemporary practitioners of the avant-drone, especially mirror, thuja, zoviet*france, and taj mahal travellers (to throw things somewhat near the 1969 year-zero mark). the instruments of the collective's choosing include harmonium, cello, guitar, flute, old 78s, psaltry, etc; and the collective deftly obscure those sources through interwoven harmonics, dense layering, and plenty of delay & reverb. the first side opens with gaping, deep thrums of low frequencies that ripples as if dialed into the reflective black ice from some distant moon around saturn. the plucked notes from the psaltry gracefully pulls back the gloom of that opening passage and sets off a slow-motion dissolve of foghorn bellows, come across somewhere between deathprod and caretaker. the flipside is more acoustically sourced, or at least the guitars and horns can be heard amidst the time-delay effects and tape-decay loops, from which melodies form through rasping tibetan bowls, guitars amass in dense vibrating chunks of space, and a rather dramatic crescendo of agitated violin scrapes builds to a crashing end of tense noise and drone. limited pressing in a gatefold sleeve, what else could you want from this fantastic record? oh yeah, there's a download code, too!

victoria, seaside
i watch float planes cross paths
a hummingbird hovers above a bush
its wings in figure eight motion
so i'm told and have been told
camera will not focus
microphone out of reach
a gift for mind
i surmise
otherwise invisible

one of two new releases this evening by the ever impressive invisible birds label. the one in question tonight is courtesy of ingenting kollektiva, a quartet made up matthew swiezynski (proprietor of the label) and the mysterious tarrl lightowler pair, who've chosen to keep nearly nonexistent profiles. before one even feasts their ears on the music of fragments of night, it can be rather enrapturing reading the album notes, which include a passage explaining that the band's name is an homage to ingmar bergman and sven nykvist, and that the music was partially recorded in a barn, while also being a direct response to music recorded and released in 1969; not the 1960's, we're talking one year here.

the specificity of it all shows an attention to detail that translates into the music. upon visiting the invisible birds website, one will notice a nearly indispensable reference guide to pertinent works of drone, field recording, classical, and jazz music. while it's clear the members of ingenting kollektiva have an appreciation for many musical styles, they choose to work more in the drone territory, bringing to mind a few names that appear regularly on those reference lists. don't get me wrong, as it's obvious that the band brought much of their own to this, i just can't help but hear a work that's in one way or another overly tangled up in reference. it could just be my incessant perusing of the lists, or perhaps that so much about this project seems to be about reference and/or homage. fortunately, it's not a feeling that's unshakable, and hasn't really affected my appreciation for the album.

"fragments .. A" sets the tone with a low-end wavering drone, prepping the listener for two expansive, slow-shifting sides of vinyl. while the music is made up of a myriad of instruments and sound devices, it sounds almost as if it could have been composed entirely with loops, and not just "loops" as its featured here among a list of 15 or so instruments. the rising and falling path of the music induces a meditative state on the listener, broken only by the end of the run-off groove, which is true for the work as a whole. field recordings, like that of birds are introduced and allotted enough time to mingle and run their course. i particularly like the midway point of side A that features some rustling and a repeated spring-loaded sound, which plays forward and then reverse in a cycle. i imagine some nifty analog tape work was needed to pull this portion off. there's much to like here and one needn't think twice before acquiring fragments of night for their late night drone fix.

i don't think i heard about ingenting kollektiva, which members include tarrl lightowler and matthew swiezynski.  matthew plays on side a and tarrl on side b. "the kollektiva seeks to issue recordings that are meditations on the quality of light, sound and atmosphere created by ingmar bergman and sven nykvist". you could expect them to release dvds which are promised for the future. here on LP, they play a variety of instruments, like bells, bowed tibetan prayer bowl, cello, field recordings, guitars, harmonium, loops, nightingale devise, portable 78 record player, psaltery, tenor sax and shakuhachi. i am not entirely sure if i would have been able to pick out all of these instruments on the two lenghty cuts on either side of the record. what it doesn't mention is - perhaps - the amount of processing that takes place on this record. everything seems melted and molted around some sort of treatment, acoustically (more on side b than on side a it seems) and electronically (vice versa obviously). obviously we are dealing here with highly atmospheric music, which fits the mirror tradition quite nice. atmospheric music but with a sharper edge, and a great sense of experimentalism. from the description one could think this more like wishy-washy new age type of music, but the darker textures of this record work quite nice. maybe indeed a great soundtrack to a bergman movie, overlooking some lakes in sweden and lots of silence among the actors. HAUNTING AND HAUNTED INDEED. i wonder what their own films be like. very nice.

~ frans de waard (vital weekly)
Posted by the art of memory at 12:35 AM No comments: