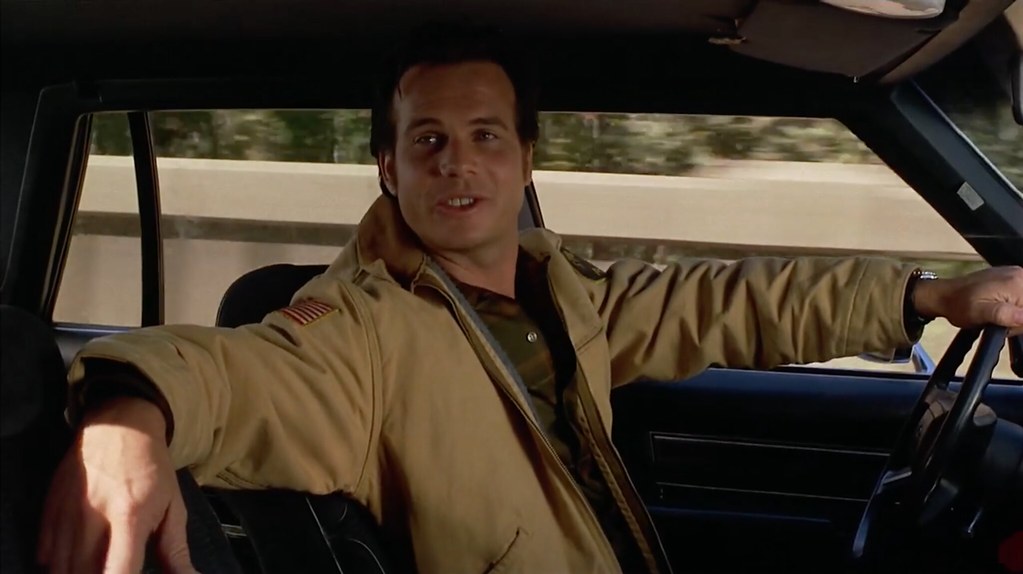 was just watching this for the first time last week and about to watch a simple plan for a second time, then found out today about mr. paxton. rip sir.

Posted by the art of memory at 3:23 PM No comments: 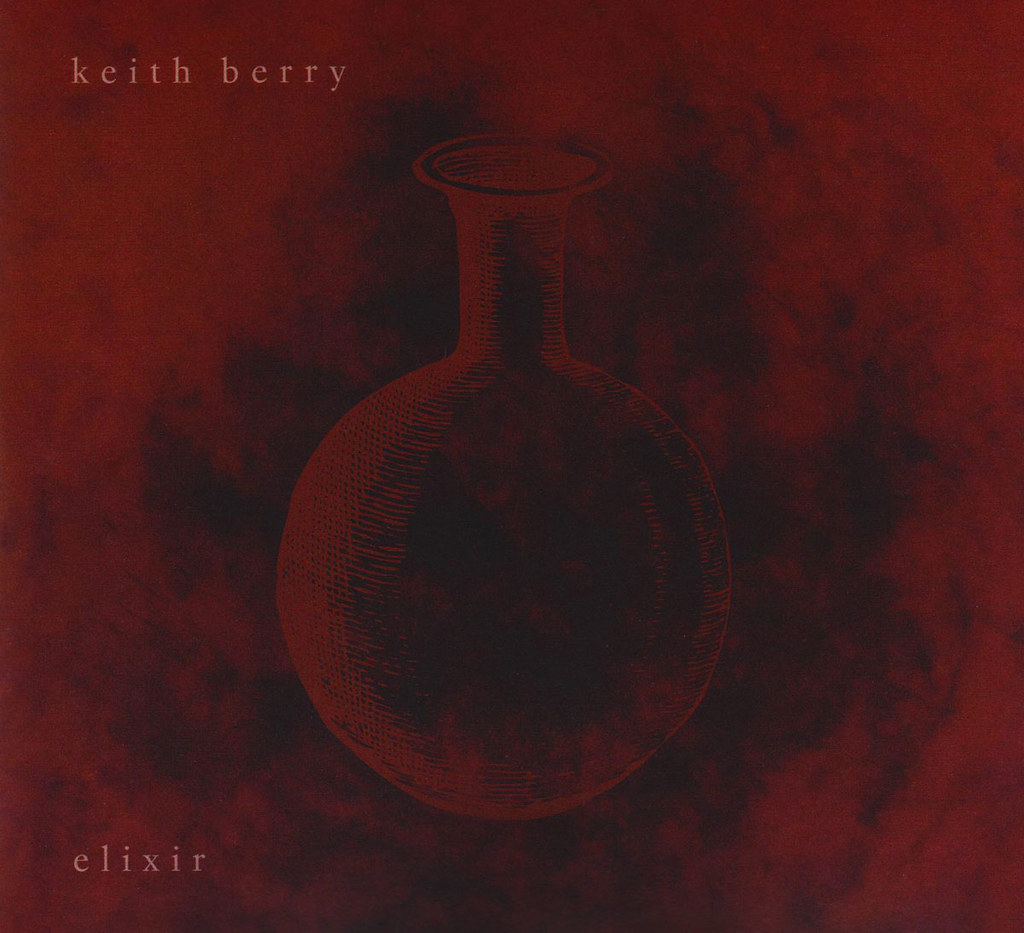 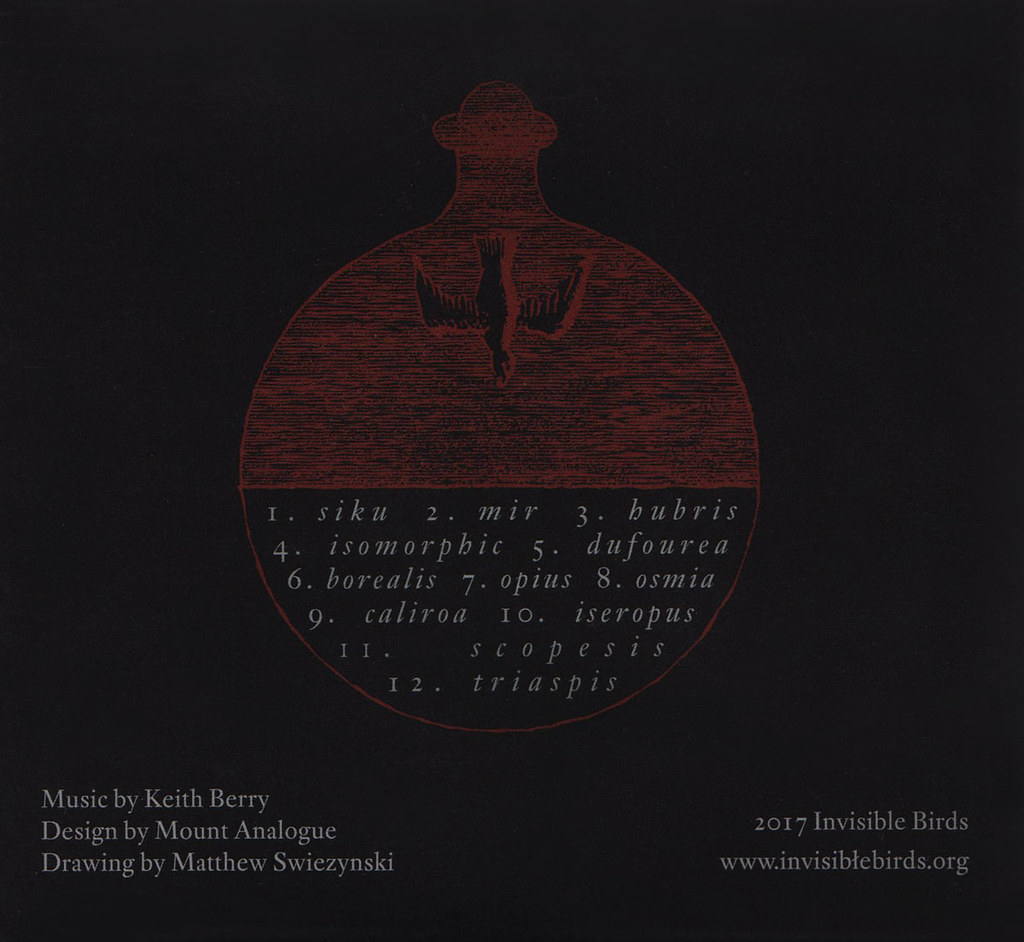 
in addition to curating this website, the art of memory curates a record label that when spoken is called invisible birds.

our newest release is music by the british drone & ambient master keith berry who resides in l'angleterre.

the alchemist jim haynes said of his work: "like falling snow, his dreamy work drifts with a poetic chill and tranquil hypnosis through which peripheral elements tease the listener with subtle details. it's so damn beautiful..."

a bit of background on this release: one of the great inspirations for invisible birds was bernhard günter and his seminal label trente oiseaux. the releases had an enormous influence and one of the gems was keith berry's the golden boat. it was with much pleasure when mr. berry wrote asking invisible birds to release his newest work elixir, and after listening to the wonderful kosmic washes of sound, there was no question than to proceed. the CD features abstract drawings by matthew swiezynski, and graphics by the brooklyn-based design kollektive mount analogue (chi yun and matthew swiezynski).
mr. berry said of the release: "the source material for the heavily granular processed sound that makes up elixir stems from another album of mine titled simulacra to be released shortly by infraction. not so much a remix album but a different take on material that had a strong pull on me, wanting me to return to it and explore the permutations that digital editing software allows."


keith berry is one who gathers many moments of sound over a period of time. the material for this recording (and simulacra on infraction records) traversed through berry's editing system like an alchemist's mystery-liquid, distilling through his alembic and becoming a final sonic spirit that takes innumerable forms and can no longer be recognized. this process is so beyond words and creates work that is further beyond words; the listener enters a complete void.

Posted by the art of memory at 7:39 PM No comments:


killing them softly by the new zealand-born australian director andrew dominik (the assassination of jesse james by the coward robert ford), and shot by the australian dp greig fraser.

i have come back to this film a few times. one reason is the cast - james gandolfini, ben mendelsohn, richard jenkins, sam shepard, ray liotta, vincent curatola, brad pitt, max casella, scoot mcnairy. some mf actorshippe here. dialogue not unlike raymond chandler and jim thompson, the film was adapted from the novel cogan's trade by george v. higgins (which i have and have yet to read).

a strong 1970s / early 80s ambiance the film inhabits. trendy these days, but like my father use to say "if loving 70s film is wrong, then i don't wanna be right".
Posted by the art of memory at 6:49 PM No comments:


a classic british film made by an american (originally austro-hungarian) director, with a mainly british cast (except the two americans keir dullea; later in 2001: a space odyssey, and carol lynley), and shot by the great british cinematographer denys n. coop.

had seen this film once but mainly remembered laurence olivier's wonderful nonsense with the junket. this time was especially struck by the extremes in the black and white photography, and the camera movements. it got me to thinking of how the french new wave (with a few exceptions) never struck me much beyond intellectually understanding the new found freedoms of the camera etc. i am probably more attracted to the 60s british films because the stories and characters strike me as more worth the viewer's time. i wonder if other people feel this way?

one interesting bit of info on the making of the film - the "frogmore end" house at the end of was the novelist daphne du maurier childhood home. gives some extra ambiance to the film! 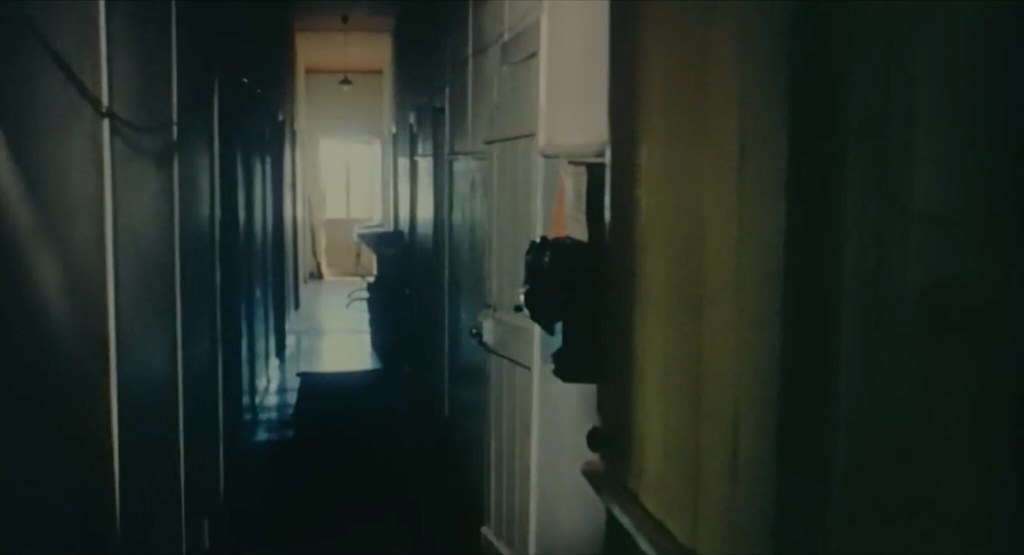 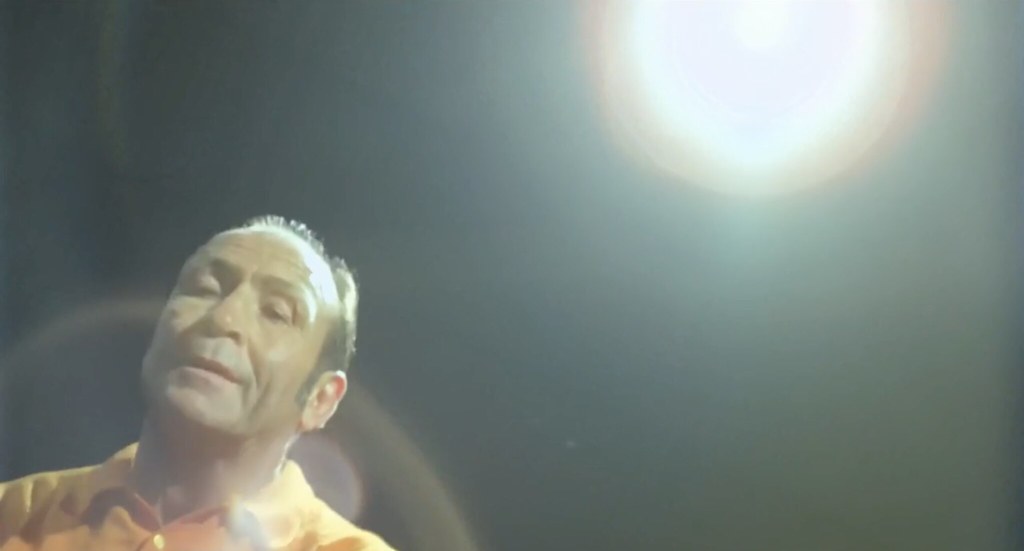 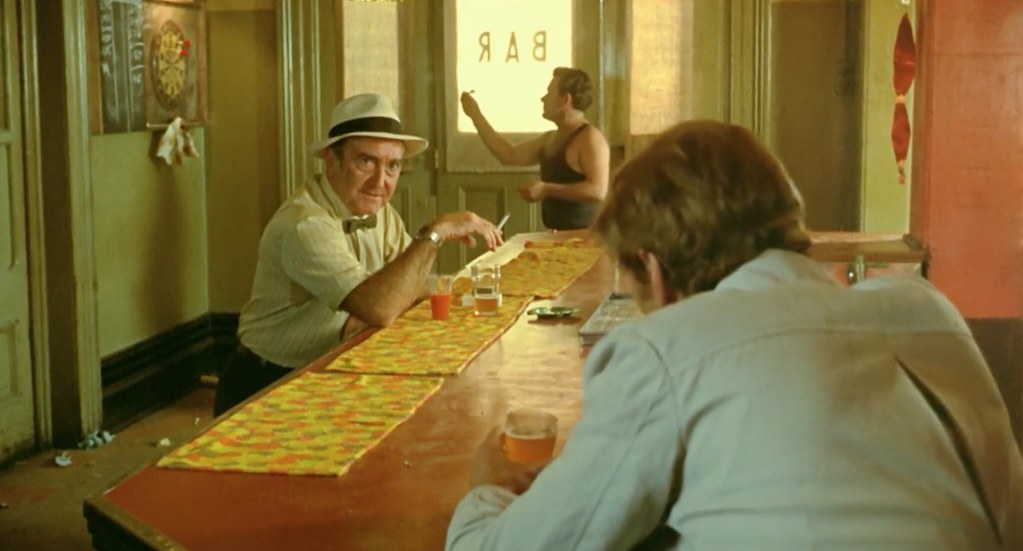 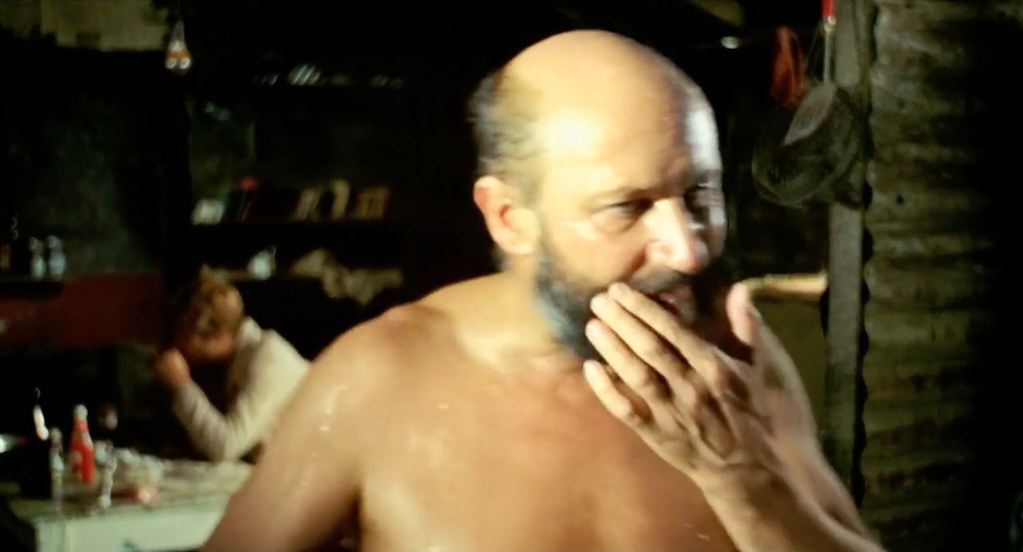 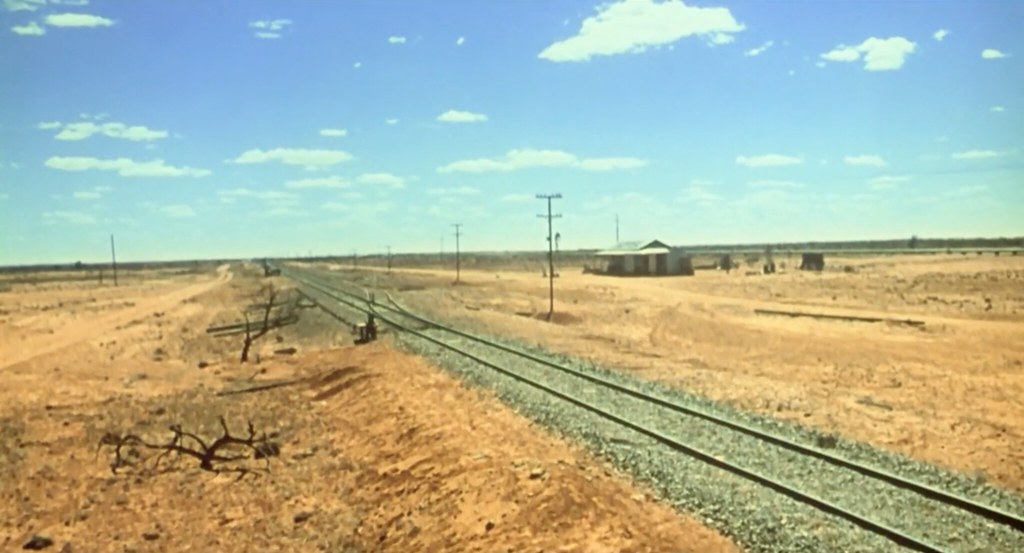 
“i wanted to recreate what i felt and saw – the heat, the sweat, the dust, the flies,” says kotcheff. “i said to the set designer and the costume designer, ‘i don’t want to see any cool colours. i don’t want to see blue or green. ever. on anything. all i want is red, yellow, orange, burgundy and brown. all the hot colours. on costumes, sets, everything.’ i wanted people to watch the film and be unconsciously sweating.”


"you had your hand on your cock. your hands go anywhere near your arse or your cock, you wash 'em after."
Posted by the art of memory at 10:03 PM No comments:

recent films over the last couple of weeks

fourth time watching this film. obviously really like it. one of those films that is made in a way that holds up to many viewings. mccarthy is great in the wire - the breeding ground for so many mf actors you see in contemporary film and television (omar....). the cast certainly has a feeling for actorshippe.

mentioned earlier on this blog for being a great primer on 20th century classical music. i have yet to see the silence. appears to be another great film from mr scorsese. haven't like much else since goodfellas from 1990. going to film school in the 90s, i remember hearing the grad students constantly obsessing over scorsese's work. i always liked hearing that talk.

this really wasn't a great film but it was entertaining. the daughter played by angourie rice stood out.

jesus this was possibly one of the worst films i have seen in a while. i really like drive and vahalla rising, but this was utter fashionista nonsense. moments of superficiality in his other films (like the music in drive which is the soundtrack to every melon farmer bar in los angeles) is greatly exaggerated in this work.

one of the first films i saw after moving to new york was pakula's klute in 35mm. had seen a few times and really loved it. hand not seen all the president's men a few for a long while.... great film! really appropriate with what is happening in the world right now.

not without interest this film. just watched the once but had moments in it. chris cooper is always someone to watch and he was a great cinematic shitbird here.

i think mr. o russell is a director worth watching, and miss lawrence fine at actorshippe, but this film did not really do anything for me nor his other recent films. but quite possibly it is worth watching.

watched this for the second time. it is one of those films that despite the imperfections is really stunning. hard to put a finger on it. i have been wanting to gather a list of early 80s films that are in-between the wonderful chaos of the 70s and the brutally boring of the 80s. 1980, 1981, 1982 and maybe 1983 seem to have this oddness that is present and makes the viewing of these films extremely uncomfortable. another film that really works in this ways is jerzy skolimowski's moonlighting film from 1982. there is a slight return to films like this now i believe, with films like 2014's nightcrawler. more on this at a later point. my desire to track down horror films devoid of kitsch and gore brought me to this odd film. more on that later as well.
Posted by the art of memory at 8:15 PM No comments:


have probably seen this film 10-15 times. grows on me more and more each time. possibly a bit overemotional or heavy of ending, that doesn't bother me. one thing - it has such a spare and unique view of the city of angels, it is hard to bring another view of los angeles like this to mind.

the photography by tom stern, who shot many of eastwood's recent classics including mystic river and gran torino, is restricted to a minimal pallet that confuses the viewer in terms of when the film takes place. the trainer's interest in yeats (see below) and gaelic (see above) reflects very nicely with the mood of the film. yet more than anything, the trio of actors; eastwood swank and freeman, encourages multiple viewings. especially mr. freeman. he is outstanding in every film i have seen him in. it gives one goosebumps.


the lake isle of innisfree

i will arise and go now, and go to innisfree,
and a small cabin build there, of clay and wattles made:
nine bean-rows will i have there, a hive for the honey-bee;
and live alone in the bee-loud glade.

and i shall have some peace there, for peace comes dropping
slow,
dropping from the veils of the morning to where the cricket
sings;
there midnight’s all a glimmer, and noon a purple glow,
and evening full of the linnet’s wings.

i will arise and go now, for always night and day
i hear lake water lapping with low sounds by the shore;
while i stand on the roadway, or on the pavements grey,
i hear it in the deep heart’s core. 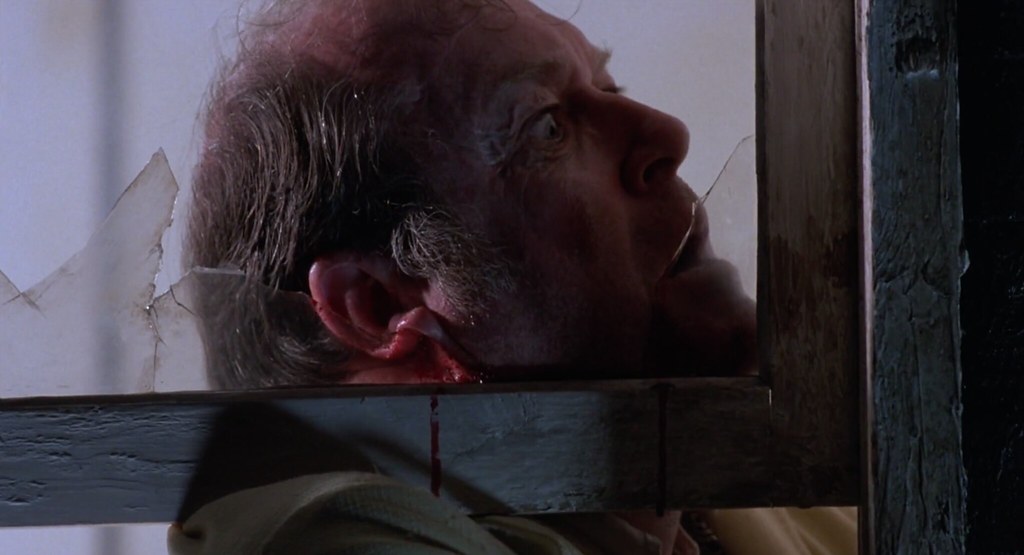 m emmet walsh gets a knife in his hand. really a fucked up moment in this film, i felt the most brothers coenesque moment in the film debut. walsh is really one sob in this, brings the film to a top notch level. 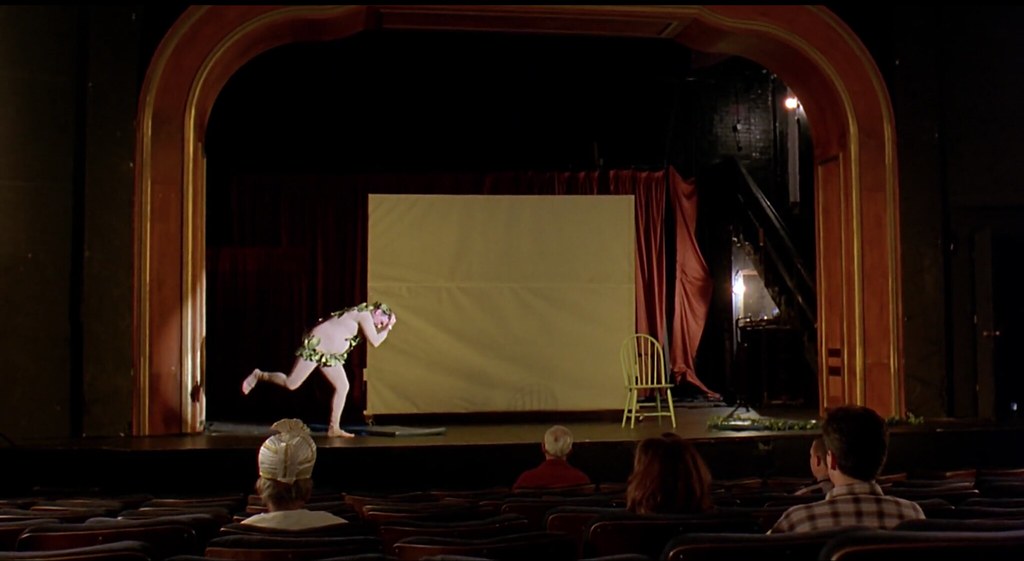 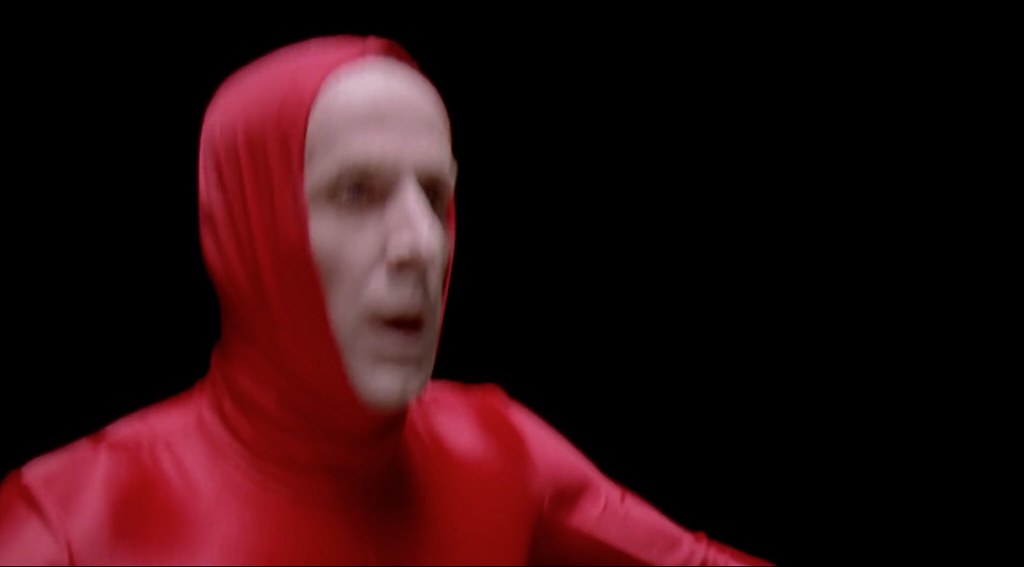 all the art nonsense in the film is good business, from the vaginal art to la biennale.  i would pay serious money to see the landlord's dance performance to mussorgsky's pictures at an exhibition.  it is absurd for sure, but there is also something very emotional and transcendental about it. peter stormare's (i always refer to him as pancakes house) nihilism is something of profound inspiration. 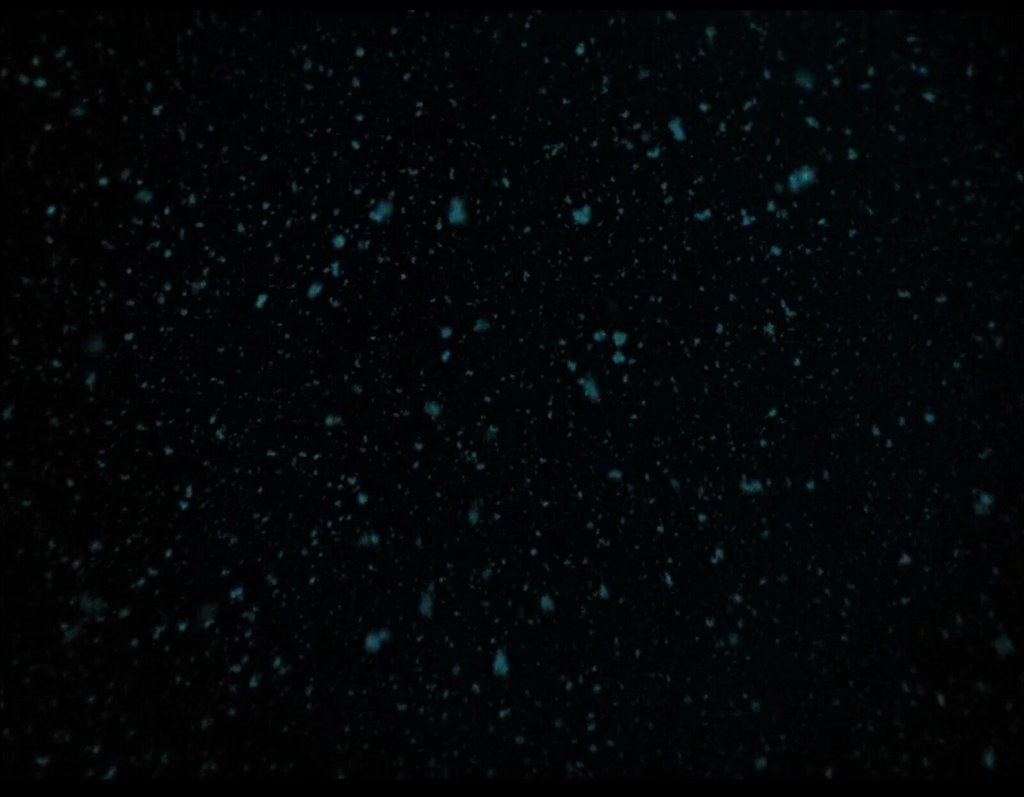 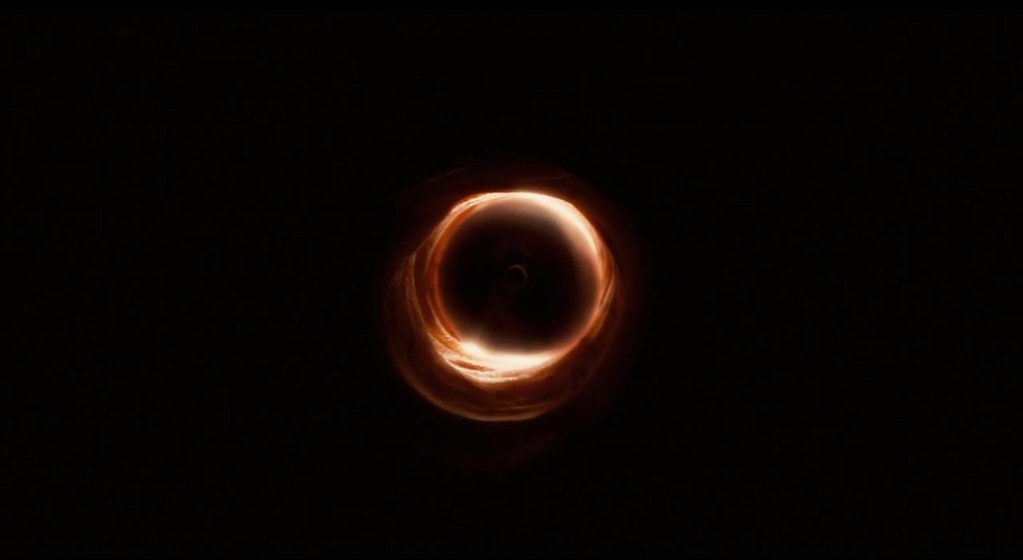 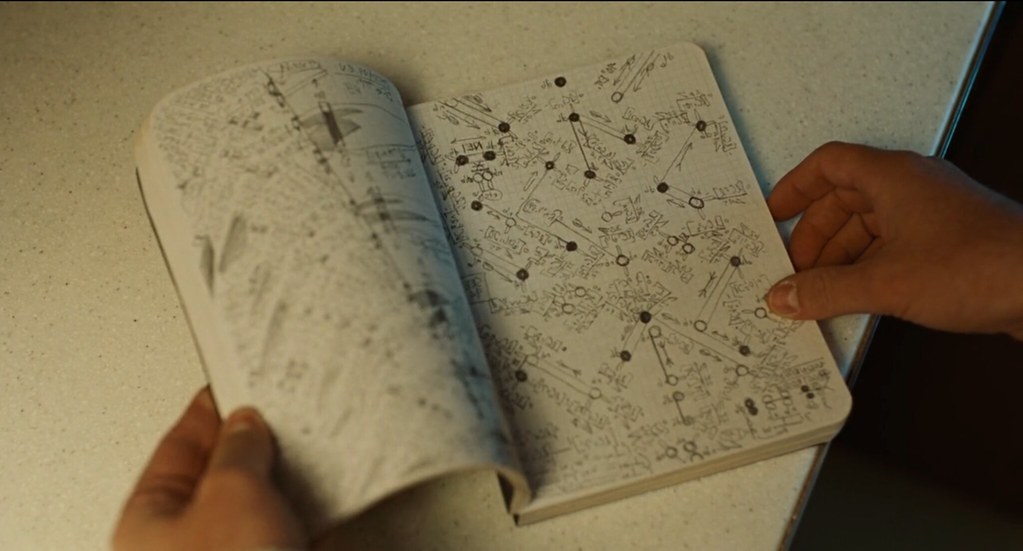 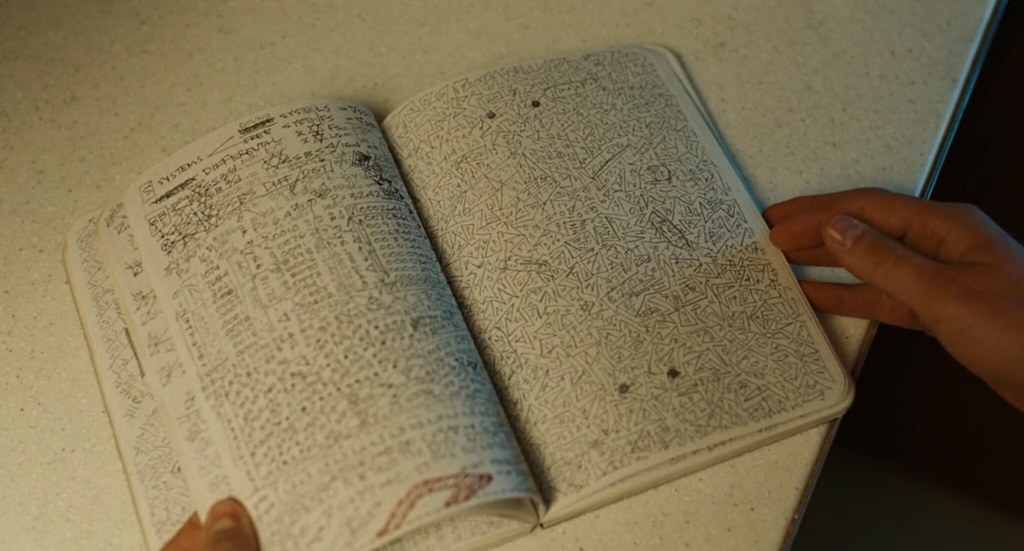 the opening sequence is very cosmic. first couple of times i scratched my head watching. i find uncle arthur (played by richard kind) very mysterious. never read about him nor really analyzed him much, but the "outsider" notebooks, and relationship to the sex pot neighbor are intriguing.

some dark as hell photography from mr. deakins.

re-watching some brothers coen films.  have seen these films many times over the years, never get tired of them. had not seen their debut in a long while, really great film, especially the ending with the knife in m. emmet walsh's hand. as a private dick on a job (or brother shamus), he shares a connection to da fino (jon polito) in the big lebowski; both hanging out in dark streets in an old vw beetle.

there is probably nothing new to be said about these films except that they are truly of great interest. although i included some minimal observations just for to bring together personal connections.

thinking of cinematography - barry sonnenfeld shot blood simple (he also shot miller's crossing and misery) and roger deakins shot a the big lebowski, serious man, and true grit.
Posted by the art of memory at 6:00 PM No comments:

derek cianfrance - the place beyond the pines - 2012


second time watching this film. it is indeed a very fine cinematic experience. the performance of ben mendelsohn is really beyond words in this film and most he has been in. his film presence is incomparable in contemporary cinema.

years back there was an attempt to document actorshippe on the art of memory, but i ended up doing so more in my head than on this site. as being privy to great actorshippe is one of the foremost reasons for watching cinema, it makes sense to get back to it and list works with mr. mendelsohn. films of interest for me are as follows (am probably missing some?)

other art of memory obsessions - cinematography

the film was shot by the texas-born british cinematographer sean babbit, responsible for shooting steve mcqueen's hunger, shame and 12 years a slave. a graduate from the gordon willis prince of darkness film school.

Posted by the art of memory at 5:03 PM No comments: