such were the images which paraded before my eyes 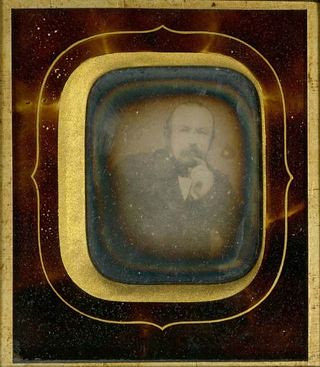 the realities of the world affected me as visions, and as visions only, while the wild ideas of the land of dreams became, in turn, - not the material of my every-day existence - but in very deed that existence utterly and solely in itself.


here began for me what i shall call the overflow of dream into real life. from this point on, everything at times took on a double aspect - without, however, my reasoning powers thereby ever lacking in logic and without my memory loosing the least detail of what was happening to me.


balzac much admired this sublime leap of imagination which soared across intervening reality and arrived directly at the object of fantasy, regardless of all difficulties of time or place..... it was simply the intensity with which he (nerval) projected the dream, the power he had to create something beyond the limits of time or actuality; it was, so to speak, an almost tangible vision, and it was eventually to find its conclusion in his pathological hallucinations.

"Our dreams are a second life."

thanks for the dreamy quote, i think it would be great to get a good number of them going on the blog...
young gossamer has been finding many lately that we want to get on here in the future. though with nerval.... it is all like dreaming instead of reading.