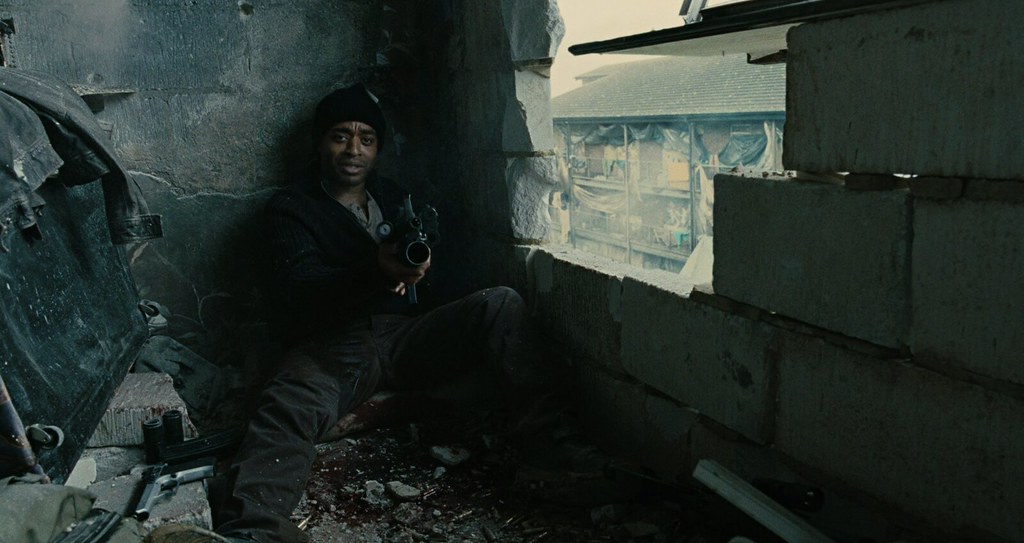 
the actorshippe of mr. chiwetel ejiofor is beyond compare. one of the best living actors in my estimation, someone who takes actorshippe to a place that is beyond comprehension, and an actor who has a very impressive filmography; mainly working with heavies like steve mcqueen, ridley scott and the like. watched triple 9 the other day which started quite fine and got a little out of it halfway through. first film from john hillcoat i have been able to sit through. his vision of the road doesn't blend well with mine after reading the mf of a book. the cast of triple 9 made the film worth watching, esp chiwetel ejiofor.

- dirty pretty things - 2002, stephen frears (saw this when it came out but remember it being good)
- inside man - 2006, spike lee (a fine underrated film from mr. lee)
- children of men - 2006, alfonso cuarón (seen a few times, twice in the theater when it came out, virtuosity in camera work, and a fine cast)
- american gangster - 2007, ridley scott (watched again recently, solid film)
- redbelt - 2008, david mamet (seen a couple of times now, very understated film with some fine actorshippe)
- 12 years a slave - 2013, steve mcqueen (seen twice now - steve mcqueen is one of the best living directors, 3 films so far and all of them i would watch over and over)
- the martian - 2015, ridley scott (a very fine comedy from mr. scott.... seen three times now and really have enjoyed it)
- triple 9 - 2016, john hillcoat
Posted by the art of memory at 3:50 PM