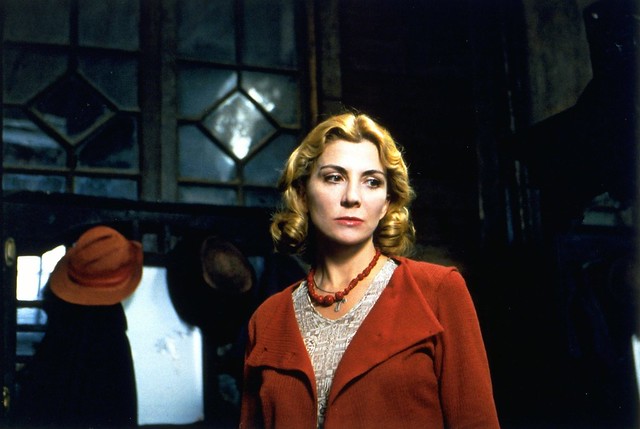 First time seeing this film. Was very happy Mr. Ivory won for Call Me by Your Name at the Oscars. Beautiful film by him, as was this The White Countess staring the lovely Natasha Richardson who died quite tragically, and Ralph Fiennes. 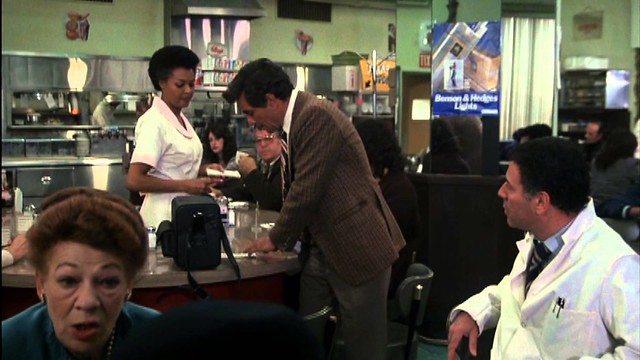 Second time seeing this. Great fucking film! Ben Mendelsohn as always pushes it to 11, as does Jack O'Connell. One of the best prison films, just unrelenting. 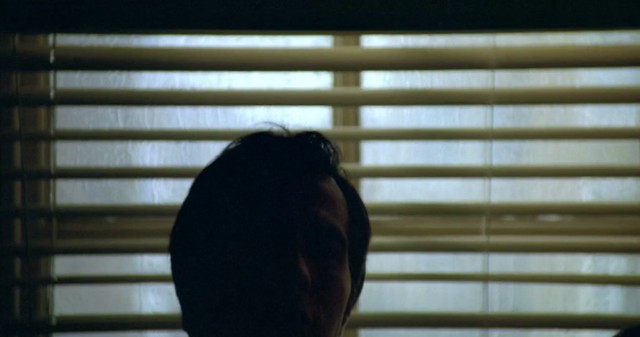 Second time seeing this. Alfred Molino is just one hell of an actor. Compare this roll to Boogie Nights! As is Mr. Oldman. Some fantastic stuff in this film, from talking about buggering The Beatles to the final scene. Worth repeat viewings.

I really liked this film but I think the end fight scene was lacking. Too much abridgement rather than giving the match some space.  Grew up loving Rocky and seeing Stallone doing his thing was really rewarding, even though he has not been in many A list films, he is quite a subtle actor. Didn't recognize Tessa Thompson from Annihilation until my wife pointed it out, quite a different role for her. Enthusiastic about Ritchie Coster, a character actor that always commands your attention. One of those guys.

Didn't dig this film. I think the main actor and his character did not appeal to me. Sean Penn is practically god as actor though, I want to watch The Pledge again soon as it is a proper directorial effort by Mr. Penn.

Gave this a try even though I have not liked Mr. Stillman's films. Hard to comprehend what he is going after for this viewer, reminds me a bit of Hal Hartley films, but lacks the subtleties and idiosyncratic direction that Mr. Harley achieves. Not my rhythm.

Third time seeing this, once around the time it came out (in high school) and then a year or so after. Besides the rotten music which plagues many films from this time period, it has some pretty shocking scenes. Was very surprised the rape scene was as intense as it was, if it was in a film now it would stand out. Made me want to watch Demme's The Silence of Lambs (for the billionth time), on the new Criterion version. Also other Demme films from that time period which PT Anderson brought up in his Fresh Air conversation. Jodie Foster is outstanding in the film. 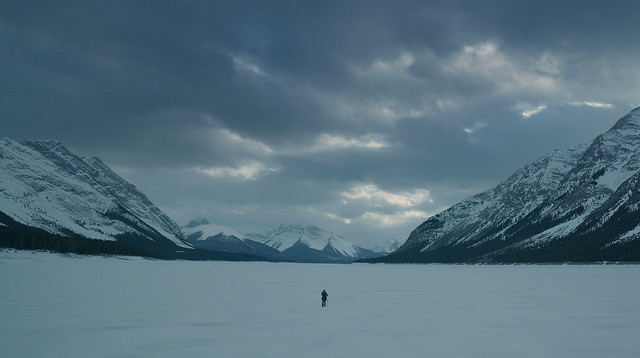 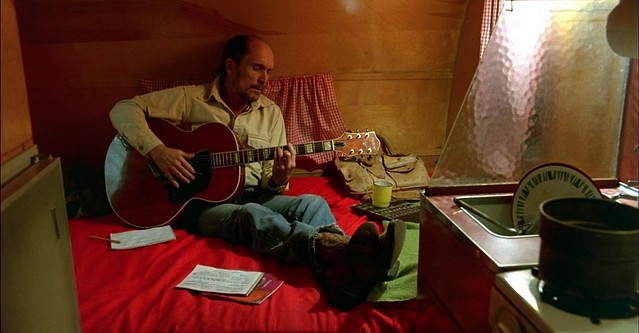 Second viewing, love this film. Tender Mercies fits in with the early nineteen eighties nihilism and anti-romanticism described in an earlier post.  Similar to 70s films but in a much plainer style, with an economy of means. Mentioned earlier, something magic about these films before the Hughes pack stunk up the joint. Watching it, I couldn't put my finger on where I saw Tess Harper, until I looked her up and saw her as Jesse's mother in Breaking Bad, Loretta Bell from No Country for Old Men, and an episode of True Detective. Always a pleasure to see Wilford Brimley, also has a small role with one of the less fortunate characters from the second season of Twin Peaks, Lenny von Dohlen. Photographed by Russell Boyd, who shot Picnic at Hanging Rock, The Last Wave, Gallipoli, and Master and Commander: The Far Side of the World. Also, the only thing better than a Robert Duvall film is a Robert Duvall film where he plays country music. 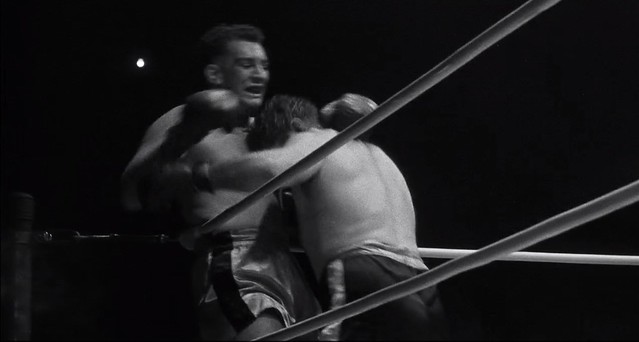 Last Bogart film, third time seeing this. Great story, kind of an interesting contrast to In A Lonely Place where he has such high standards, here he is a sort of good guy just content to make some money as he just doesn't give a shit and wants to not struggle (until his consciousness has a reawakening). Both are such good Bogart films. I forgot which film it was from until it happened, and literally nearly had a heart attach from laughter, but I love the lady yelling "you yellow dog!" over and over after the main boxing match. Such crazy nonsense, really beautiful stuff! One thing many contemporary films lack is this "business" that can be so damn powerful. Great looking film with lots of extreme darks, shot by Burnett Guffey who also shot From Here to Eternity, Bonnie and Clyde, Birdman of Alcatraz, In a Lonely Place, Nightfall and many others. Also features Val Avery, the great character actor from films such as Minnie and Moskowitz, The Killing of a Chinese Bookie, Hud, Faces, and The Long, Hot Summer. 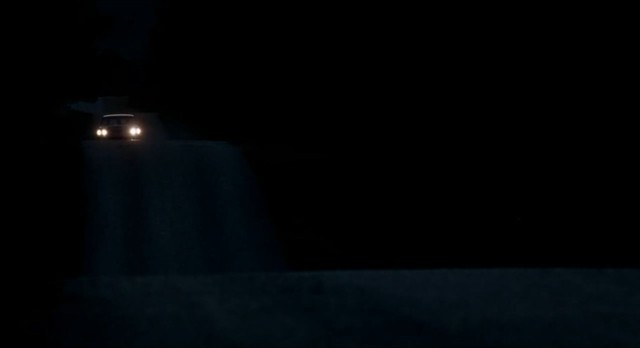 Third viewing. Very interesting music by Trevor Jones, sort of post-kraut.... intense stuff, possibly overly used but gives a specific mood to the film. Watching this now one wonders if this country has progressed much since these practically medieval days? A good film to remind one of the continual presence of fascist swines in government : They Live. Watching just aesthetically: the cast really is strong - Gene Hackman and Willem Defoe, both at their best. Frances McDormand in a really wonderful early role. Brad Dourif, Michael Rooker, Pruitt Taylor Vince and R. Lee Ermey as some dirty cowardly mellon farmers. Great film!

Second viewing. Very nice film. Another one to get you angry about the poverty of integrity in this world. 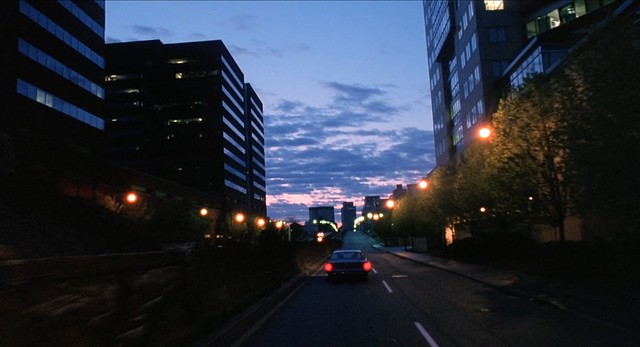 Fourth or fifth time with this film. Remember not liking it when it came out but gave it another chance a few years or so after it came out and have watched it quite a few times since then. Just one of those great 90s films with some really elegant acting : Robin Williams, Stellan Skarsgård,  George Plimpton, Casey Affleck and of course Matt Damon and Ben Affleck. Those songs by Elliott Smith are such gems. Photography by Jean-Yves Escoffier who shot Rounders right after this. Over the years have enjoyed many films by Mr. Van Sant including his Béla Tarr, and partially Alan Clarke inspired trilogy (Gerry, Elephant, and Last Days), My Own Private Idaho, and To Die For.

Probably one of my favorite films from the 90s, saw this in the theater with my father and have been religiously devoted to it ever since, have watched close to fifteen times, maybe more. De Niro really stands out in this, one of his best roles. I really can't say I like Val Kilmer much as an actor (probably after seeing The Doors) but he is so subtle and powerful in this role, as are Tom Sizemore, Ted "Put the fucking lotion in the basket" Levine, Wes Studi, Ashley Judd, Tom Noonan, Danny Trejo, Hank Azaria, William Fichtner, Dennis Haysbert (in Far From Heaven), and quite a few others. Guitar driven soundtrack really exemplifies the style of Mann (in the John Carpenter tradition?), with music by the heaviest of ECM guitarists Terje Rypdal, and also Moby (Joy Division cover New Dawn Fades and God moving over the face of the waters). Had in my mind that Moby was not of interest without listening to his music, but I really loved his contribution to the recent Twin Peaks and his work in this film. Also songs by Lisa Gerrard, Michael Brook, Brian Eno, Elliot Goldenthal, and Kronos Quartet and Einstürzende Neubauten (The song Armenia). Heat was shot by the great Dante Spinotti, photographer of Manhunter, The Last of the Mohicans, L.A. Confidential, The Insider, Wonder Boys, and a few others. The final shootout scene is so masterly constructed and a perfect example of how photography, editing, sound design, music, acting and direction can sometimes come together so perfectly. Starting with Brian Eno's song Force Marker keeping rhythm, basically a loop during the robbery and exit, the tension builds to a near breaking point. As soon as gun fire erupts the music stops dead and the volume of the firing just becomes defining. Still one of the most virtuosic and visceral action scenes ever in a film, after quite a few viewings I still look so forward to it, the power is like what I imagine a junky feels when shooting up..... reminds one of coitus as well.
Posted by the art of memory at 10:42 AM