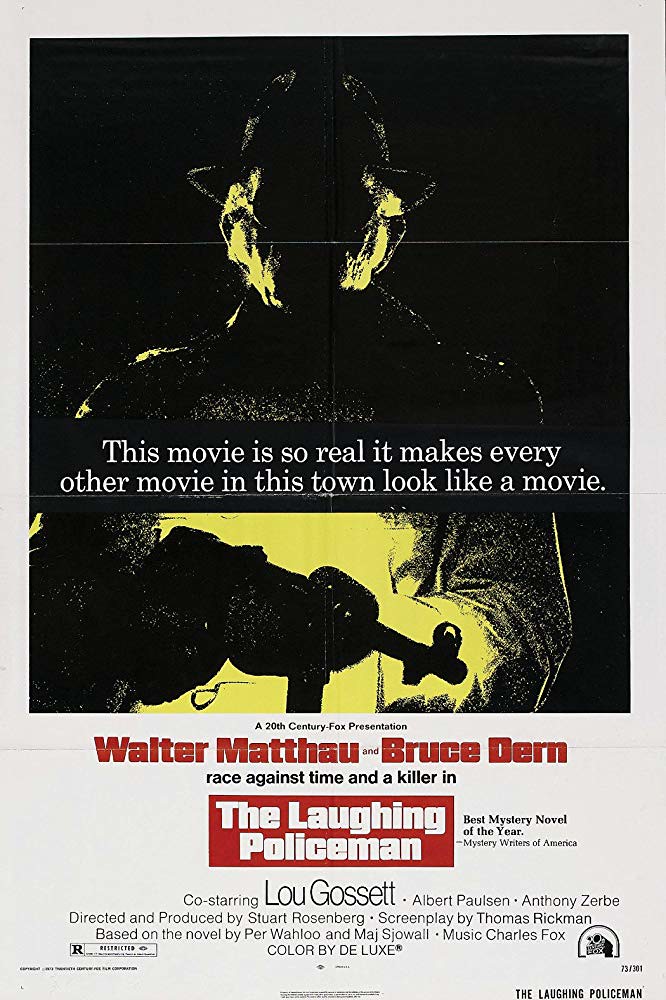 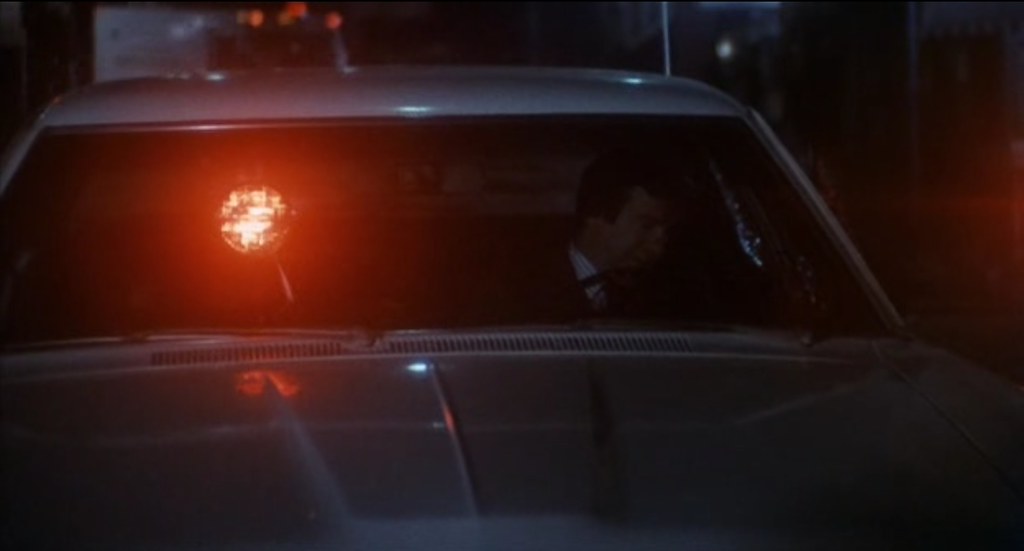 San Francisco police procedural shot on the streets of SF, opens with some very strange sound design - electronic bleeps and statics. My partner in crime recommended this film as a recently discovered (for him), a lesser know quality 70s film. One insane cast which includes Val Avery (one of my favorite actors, too many great roles to mention), Walter Matthau, Bruce Dern, Mario Gallo (A Woman Under the Influence, Raging Bull), Anthony Zerbe (Cool Hand Luke, Papillon, The Parallax View), Clifton James (Cool Hand Luke, The Last Detail, Rancho Deluxe, Superman II), Louis Gossett Jr., Paul Koslo, Matt Clark (some great roles, including a few Clint Eastwood films), Gregory Sierra, and Wayne Grace (many good films including Mulholland Drive). Film drags a bit at the end but has some really great action, nonsense dialogue and heavy SF business, a perfect town back in the day (sure as hell not now) for a sleazy group of pimps and scoundrels.

Entertaining film with David Oyelowo, Joel Edgerton, Charlize Theron and Amanda Seyfried. Heard WFT interview with Oyelowo and wanted to watch some films with him. Good guy. Have been attempting over the last year or two to find good film podcast and man it is a desert out there. Marc Maron's is by far the best, a great show he puts on. His loose structure of going through the interviewee's life and influences and how they perfected their craft really works well, mainly because he asks good questions, is knowledgable, passionate and good at conversing with the interviewee. His knowledge of film, TV, music, comedy etc gives him a position where he is not half understanding answers which is common with interviewers. The EW podcast on Twin Peaks was pretty good, they came to the show with a lot of ammunition and they are fairly perceptive. My two problems with the show are : they tend to only reference post 80s film (and TV), and some of the theories are based on not seeing the entire picture. Besides that the podcasts I have listened to are either by people that have only seen a film once, or have too much millennial baggage (vocal fry and the like) or too much negativity.

Had seen parts of this on cable before. Not a bad film, chez art of memory we have a slight fetish for films from the early to mid nineties, maybe because we were both in high school, transitioning into college, taking in films and music in a way that is harder when you are older. Basically our brains were both set to tabulae rasae. In addition the films were quite good in this period, indie meets Hollywood, serious but also light hearted but not in a 80s superficial way, bits of comedy, sometimes quite minimal & deadpan (Hal Hartley), slightly conceptual in their structure (Before Sunrise and the trilogy), random bits of conversational nothingness floating throughout (Pulp Fiction), neo art house noir (Jarmusch). So many great actors were in their prime: Gary Oldman, Daniel Day-Lewis, Morgan Freeman, Ralph Fiennes, Tommy Lee Jones, Juliette Binoche and many others. For modern film, in a way the 70s and 90s are prime for the art of memory.

Was so kindly gifted the blu-ray set and finally watching, although I think this might be my fourth viewing. Watched the movie version of the first two episodes, makes sense that the first episode didn't end with music. The blu-ray just looks and sounds so stunning, noticeably better than when I streamed. Just such a perfect experience these new Twin Peaks are! 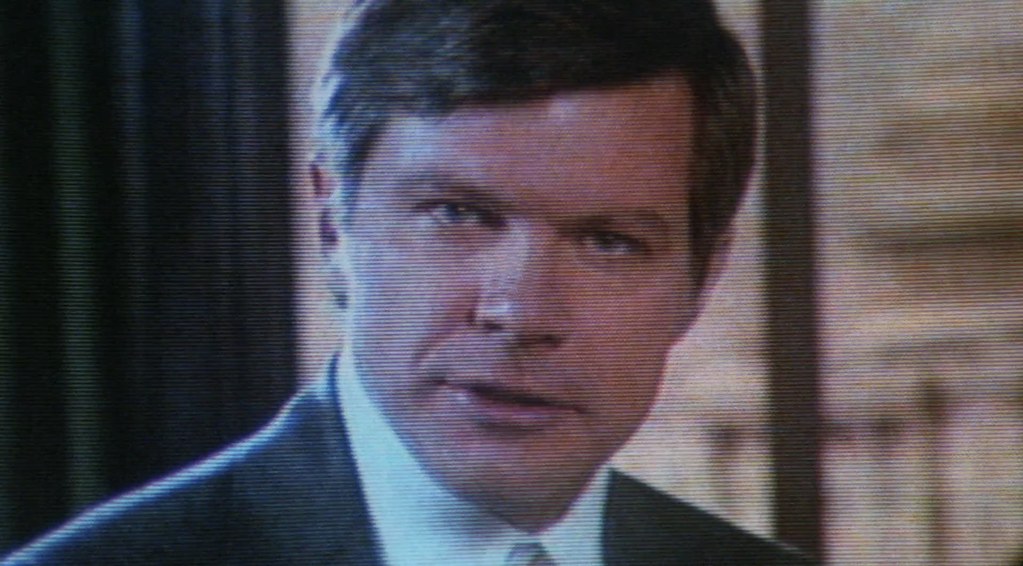 I often watched this film around the age of 9 through 14 on cable. It made a huge impression on me, along with They Live, Cherry 2000 and a few others. Later Repo Man and Scanners. The concept of manipulation through television, corporate treachery and annihilation, and living the superficial life in The City of Angels. All things that seem to equally interest me at age 43. 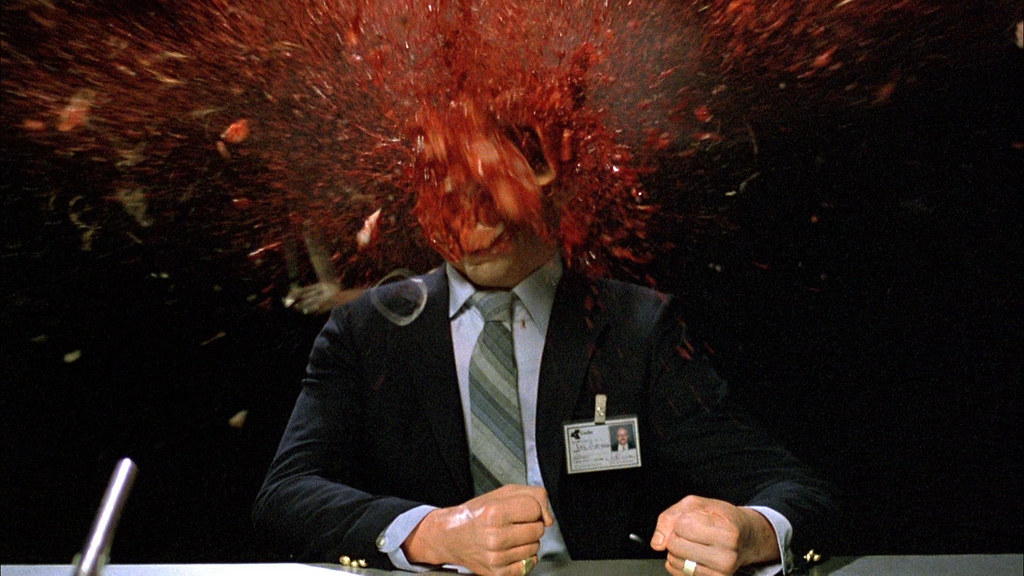 David Cronenberg - Scanners - 1981
A great double feature. Have seen this film about 20+ times. Didn't discover it until a little later in life, around age 19, living in Boston. The industrial scenes, and the horrifically ugly mall are so lovely and contrast well with one another. Cronenberg and his team chose great locations back in those days. Perfect score as well by Howard Shore. What a film.

I like the simplicity of this one compared to the other three. Saw the three films a couple times when they came out but not since then. Pretty good films, so much more interesting visually and sonically than most other super hero films

Story too complicated which often takes away from the experience but visually a really stunning film with some great cinematography, editing, music and acting. Heath Ledger is unreal.

Had not seen this film in 15 years or so. Probably the last time was on VHS, and had never really seen it properly, projected or on bluray. Now reading the Lynch Room to Dream book and has lit a fire for me wanting to revisit some of his films I had not seen as many times or not in a long time like The Straight Story and Wild at Heart. I remember in my late teens or early 20s I made a "best of" Wild at Heart with all my favorite scenes, and use to watch it like a son of a bitch, probably only saw the film all the way through a couple of times. The Elephant Man is surely one breathtaking film, with the lush/from another time photography by Freddie Francis (Time Without Pity, Room at the Top, Sons and Lovers, The Innocents, The French Lieutenant's Woman, The Executioner's Song among others) and the unbelievably touching scene with Anthony Hopkins tearing when he first encounters Mr. Merrick. John Hurt as Mr. Merrick is just beyond words. I love the contrast of a more straight style for Lynch to some of his signature weirdness like the elephant intro and the cosmic ending.

Had seen this film enough times when I was in high school to remember some of the lines like "if lovin' the Lord is wrong, I don't wanna be right". Partly a bad film but has some good stuff in Queens. Brutal place back then compared to now.