(Univers du western)
Had not seen this one starring Gregory Peck as the outlaw Jimmy Ringo. Always a pleasure to see the great Millard Mitchell, here he stars as Marshal Mark Strett, once a dirty son of a bitch and now a marshal. Stunning black and white photography by Arthur C. Miller. Very good film.

Starring Ben Foster and Woody Harrelson. An important contemporary film worth more than one viewing, I also like Moverman's other film with Woody Harrelson; Rampart.  Also worth a look for fans of Samantha Morton and Steve Buscemi, both give strong performances. Very nice color palette in the film as well, gives a subtle ambiance throughout the film you wouldn't necessarily be able to pinpoint but is strongly present.

1.25.2019
André De Toth - The Indian Fighter - 1955
(Univers du western)
Another fifties western I had not seen. I am a big fan of De Toth, Kirk Douglas  and Walter Matthau but I couldn't get into this one. Maybe worth it to see Hank Worden and Elisha Cook Jr. (as a Edward S. Curtis type photographer).

Recently I watched Soderbergh's The Limey from 1999 and both films have a quality of transition between the 1990s and the 2000s. Each decade (in popular) cinema had a very distinct style, and looking back one sees some films that have this strange uber-90s quality (90s films on drugs), a quality that becomes very common in films from the 2000s decade.  Other works could include Paul Thomas Anderson's Hard Eight and Boogie Nights from the late 90s, Wes Anderson's Bottle Rocket from 1996, and Todd Solondz's Happiness from 1998. One could also include Fincher but his Fight Club is really one shite film, written by an author who's popularity truly boggles the mind.  Besides the brief bit of negativity, I wonder what are some other transitional films? On re-watching Memento after almost 10 years, an observation is that the story is basically not interesting and gets in the way. Obviously the films novelty lies in the way it is told, that sounds all good and proper but one wonders if this kind of alternative linear story telling works better in literature? Raymond Queneau's Exercices de style is a great example of a story with basically no interest transforming into a page turner.  Contemporary director's obsession with Kubrickian structure is something that is hard not to criticize, for this viewer at least (Tarantino, Nolan, etcetery). Directors that are definitely important but can one really say their experiments with structure are what make their films worth watching?  Some of the experimental editing in The Limey really stood out as dated and sophomoric, and got in the way of the film. Regardless of this criticism, I did enjoy this film, it is one of those films I have watched over the years starting from around age 23 and here I am approaching middle age. Not unlike the madeleine cookies method of film viewing (cookie pluralized for extra emphasis). 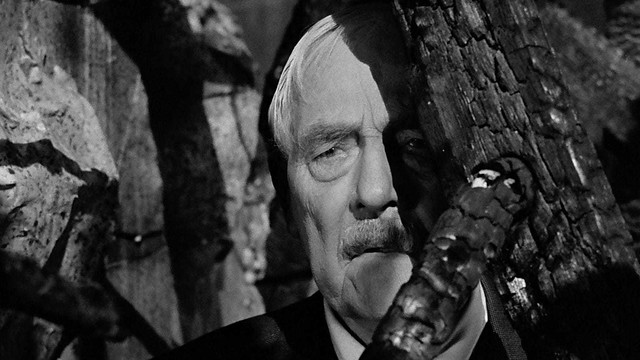 1.26.2019
Ingmar Bergman - Wild Strawberries - 1957
(rewatch)
This is the Berman film I have seen the most, not necessarily my favorite but I owned the DVD for a time and would watch it often. The nightmare/dream sequences had much to do with the constant re-watching, also the character and performance of the director Victor Sjöström.  Gunnar Fischer's photography is so very enchanting here, perhaps not as moody and extreme as Sven Nykvist's but equally engaging, more subtle in a way. My friends and I had a musical collective for a while primarily rotating around the mood of Bergman films. Our moniker came out of hearing "ingenting" repeated so often in his films, I caught it once in Wild Strawberries from Ingrid Thulin. Such a lovely word in Swedish. 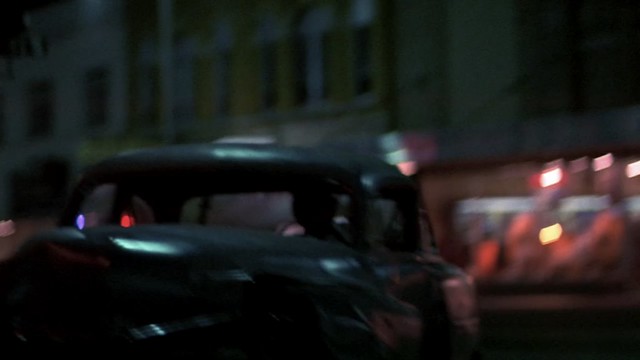 Second time seeing this but it has been a long time. Mostly remembered the absurdity of it, a strange sense of humor like with the rabbits in the trunk and "fuck a duck". Humor reminds me more of Clint Eastwood films like Every Which Way but Loose, which this viewer watched over and over as a kid. Such a sad ending, I can understand Jeff Bridges getting an Oscar nomination for this film. Also it is always a pleasure to see Geoffrey Lewis on the big screen.

Nicole Holofcener - The Land of Steady Habits - 2018
Didn't like this film but watched it because I am an enthusiast of Ben Mendelsohn.

Goddamn great film, and also such pleasure to hear the lovely Burt Bacharach song. Michael Caine has some subtle moves, from Harry Brown to Get Carter, his talents go far beyond catching birds. 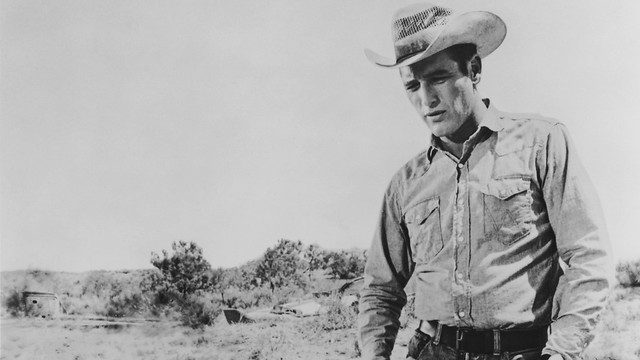 1.30.2019
Robert Redford - Ordinary People - 1980
(rewatch)
Saw this in middle school and I am sure the story was too complicated for me. Film has a good feel to it but a bit dated. Timothy Hutton didn't really grab me with his acting but visually was perfect for the role. 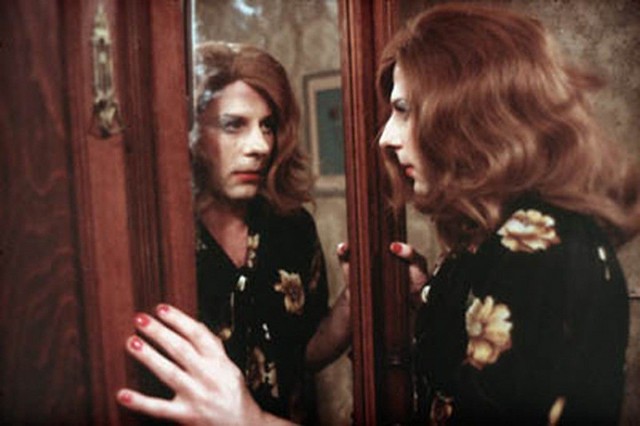 Roman Polanski - The Tenant - 1976
(rewatch)
Polanski sure makes an homely women. Recently watched Topor in Nosferatu the Vampyre, and it made me want to watch this film. The novel is really something quite strange that I have looked at from time to time. Great film even if not one of his best.

Matthew Saville - Felony - 2014
(rewatch)
Didn't hit me the second time around. First time I enjoyed as I wasn't familiar with Joel Edgerton, but I like him in other films more.

Started with a bang but lost momentum, story too complicated. McQueen sure has a great visual style that makes it worth watching. Shame, Hunger and 12 Years a Slave some of the best contemporary films that leave most in the dust.

I couldn't get too far into this film, sorry for the bad joke but it didn't have The Right Stuff. Didn't like La La Land either but a tad better than this one. Whiplash isn't bad but the music being some disneyesque contemporary jazz makes it hard to take seriously despite the fine qualities.

Hadn't seen these since I was in middle school/high school. Glover is real good in them, Gibson hard to deal with. Richard Donner made some good films, the best being Inside Moves with John Savage and David Morse. Superman and The Omen also very good. I prefer 48 Hours, but it was worth it to see Arjen Rudd's "diplomatic immunity" at the end of the 2nd film, which has stayed in my mind since I first saw it. 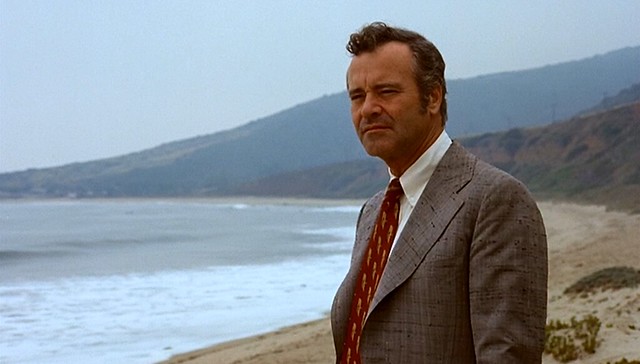 This is one of those great underrated 70s films, not perfect but the problems only add to the quality.  Has some really uncomfortable moments which are a strong part of the 70s experience, and also a strange LA film, with a different kind of Angel experience (similar to the New York in The French Connection). Avildsen's next big film was Rocky. 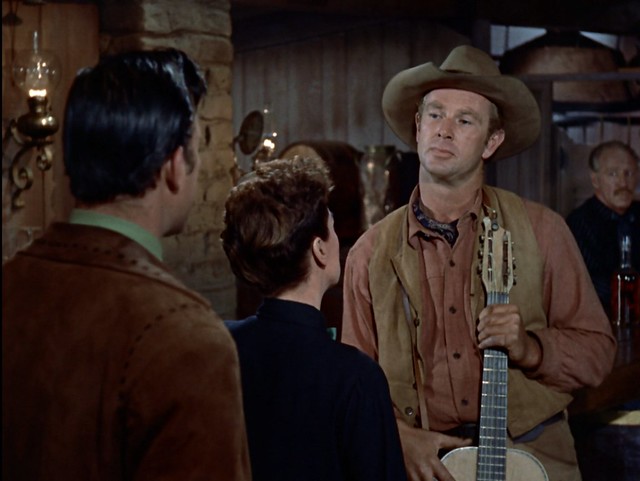 A few times seeing this film, this current time I found the Emma Small character to just be a bit too much, perhaps the psychological motivations behind her actions not subtle enough to stand up to multiple viewings, a great film regardless. Any excuse to see Sterling Hayden play guitar and shoot a fire arm at a punk-ass kid.

Montgomery Clift is up there in the top 10 greatest pursuers of actorshippe. This film drags a tad and is at many times almost too intense to watch but worth it for his and Elizabeth Taylor's performances.

John le Carré, Philip Seymour Hoffman, Vicky Krie, Rachel McAdams, and Willem Dafoe. The German accents though, not sure if they work? Nice ambiance in this film. 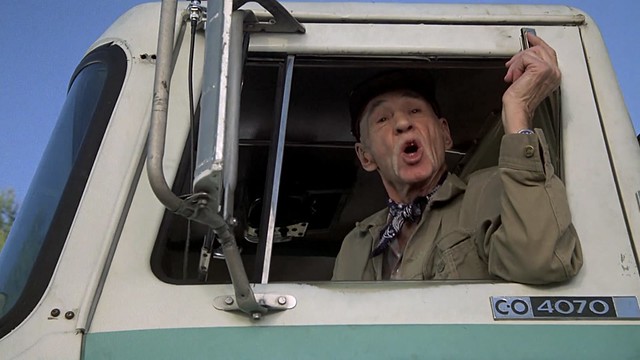 2.7.2019
Hal Needham - Smokey and the Bandit - 1977
(rewatch)
Very colorful language from Jackie Gleason, yet he won't abide cussing in his presence. Film moves in a way that is rare these days. Really surprised the shit out of me seeing Hank Worden for half a second (image above). 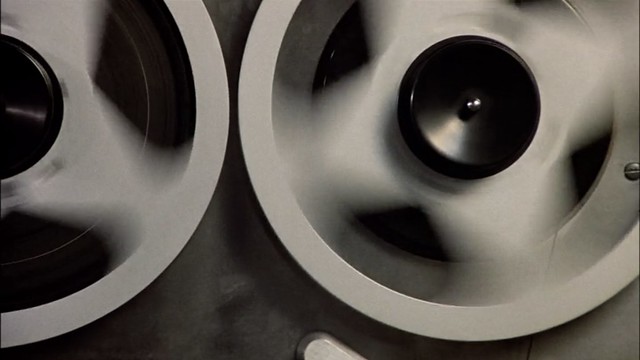 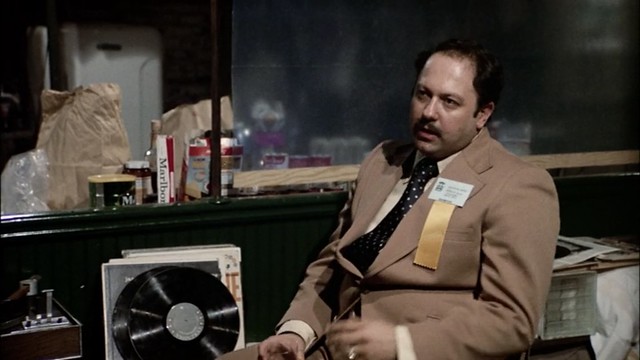 It hadn't dawned on me previously that Caul's own phone at the end is the devise used to bug his apartment and the destruction of that fine SF apartment was mostly a waste... also hadn't noticed previously all the beautiful layers of gaudy wallpaper exposed by his violence, not unlike the French art where layers of street posters intermingle. I am use to seeing this film on a television screen, but projected (as was done last night) many details emerge. Besides Gene Hackman, this film has three really overwhelmingly strong performances; Allen Garfield, Michael Higgins, and of course John Cazale. A misconception would be that these three guys spent a lot of money on hair grease. Allen Garfield's crease paved the way for many actors seeking a left handed approach to acting. Purchased the fine soundtrack and spent a few evenings listening which suggested watching this classic 70s film. In 2007 this blog featured a list of must see films from the 1970s found here. 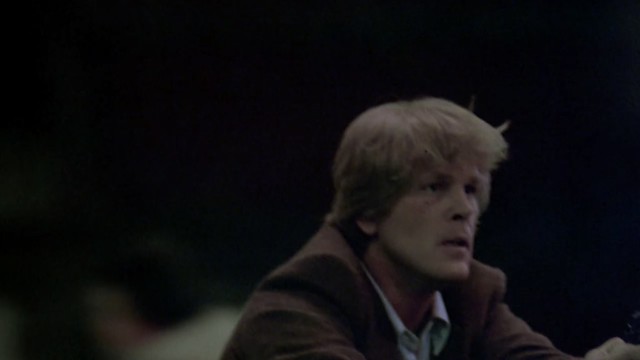 Walter Hill did some fine films, mostly this one, The Warriors, The Driver, and writing for Aliens, The Getaway, and The MacKintosh Man. Have seen this a few times the last 2-3 years, it is just one hell of a good film with the cowboy bar scene being one of the funniest from the decade. Includes some actors from The Warriors - James Remar and David Patrick Kelly. Kelly is a favorite actor of mine, his performances in Twin Peaks, The Longest Yard and The Funeral are memorable. Pretty funny that he was cast as the therapist in Louie, as he is always the craziest sob in the room!

2.9.2019
Wachowski - The Matrix - 1999
(rewatch)
Rewatched this trying to remember why I have hated the film so much over the years. Thought it was dated as hell when it came out, a bit like an avocado starting to go brown. Putting it together now; the third tier poser goth aesthetics just didn't feel right back in old '99. The editing and stylistic elements of the film are just tasteless and heavy-handed. An example is a quick movement happens in the frame after a quick edit, and the filmmakers adds in a movement sound just in case some viewer out there didn't get it. The lie of the "hacker" as some kind of well meaning anarchist is a load of horse pucky, the reality is they are melonfamers out there trying to rip off the poor and the elderly. There must be other people out there that equally despise these directors?

Chad Stahelski, David Leitch - John Wick - 2014
(rewatch)
Definitely a more enjoyable Keanu Reeves experience. Starts out with a great idea and remains heavy the entire film with a great cast. Was sad to read that Michael Nyqvist, who plays Viggo Tarasov, had passed away. His sympathetic heavy role is kind of unique and he plays it brilliantly. Great actor.
Posted by the art of memory at 9:10 AM