a record of consumption, part three (being a new film journal) 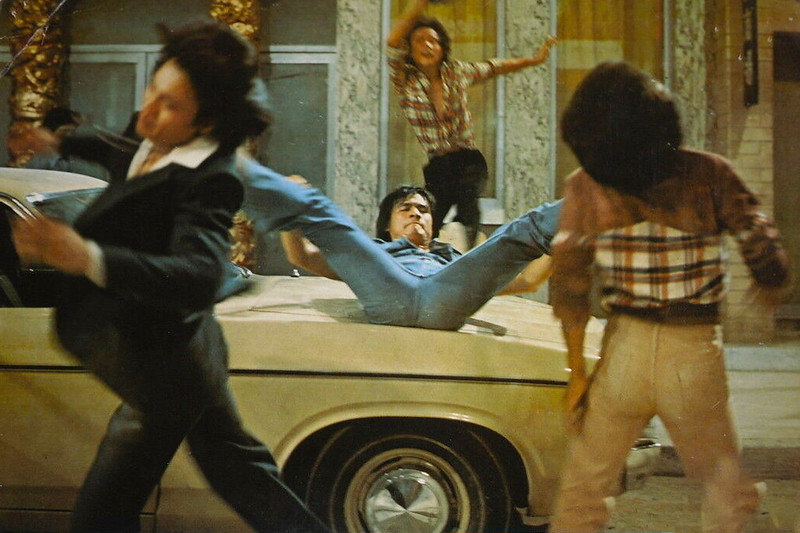 Peter Tscherkassky Instructions for a Light and Sound Machine 2005

Tscherkassky reinterpretation of The Good, The Bad and the Ugly. Sound work by Dirk Schaefer.

Tsui Hark Once Upon a Time in China 1991

Visually stunning martial arts film by Hong Kong New Wave director Tsui Hark, has a Wong Kar-wai quality. Music by Romeo Díaz and James Wong is very low key through much of the fights, sort of heard way under everything else, has s strange quality, especially when action is in slow motion or rain is obscuring our view of the action.

Wonderful moment when Robert De Niro and Sandra Bernhard are having an argument in the street and passers by are all staring at the movie being made. Also the strange restaurant scene when De Niro is being mocked by out of focus man as he talks with real life wife Diahnne Abbott. The actor mocking De Niro is Chuck Low,  whom played Morrie Kessler in Goodfellas.

From Arrow's ShawScope Volume One box set. Both have disturbing moments, good films.

Liu Chia-Liang Heroes of the East 1978 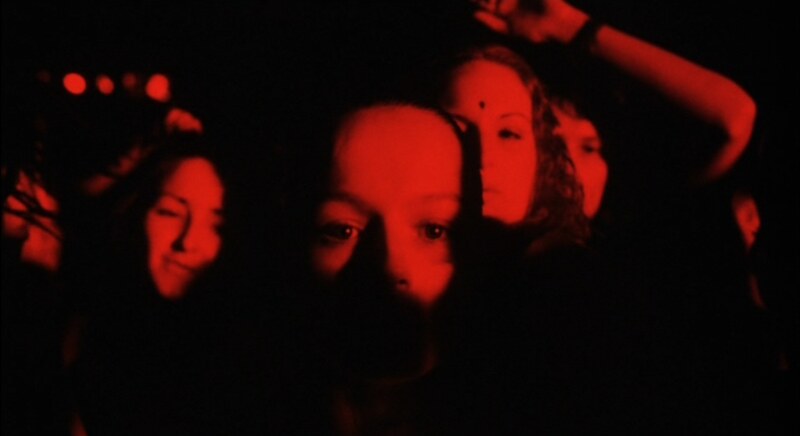 Fun City Editions blu ray. Have always watched this on some crap DVD or bad stream, really made me get much closer to the masterpiece, tuning in to all the vivid shiftings of light and darkness, and hearing the surround sound immersion, great film. 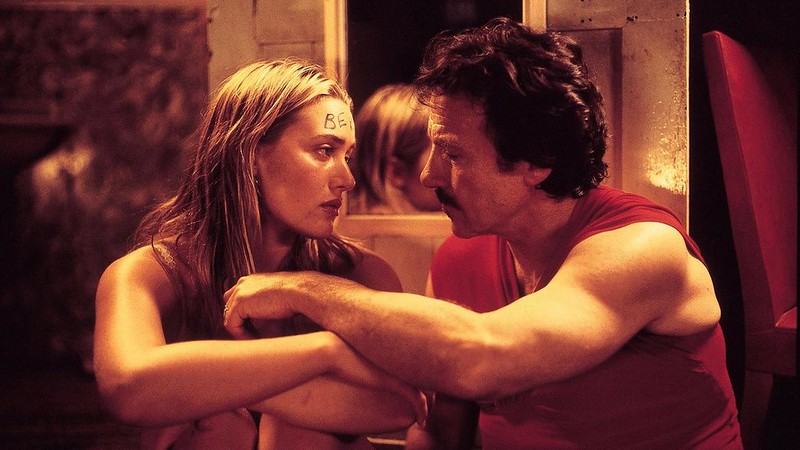 Trains and Mingus. In college I dated a girl who's father was a jazz guitarist. I was heavily into Mingus at the time, he asked me what I listened to and I said "Charlie Mingus". He was pissed and corrected me "Its Charles Mingus", and never spoke to me again.

Planning on going through the Campion filmography after seeing this and The Piano. Like the classics An Angel at My Table, Bright Star, In the Cut, Sweetie, Power of the Dog, Top of the Lake, The Portrait of a Lady, and perhaps some shorts. 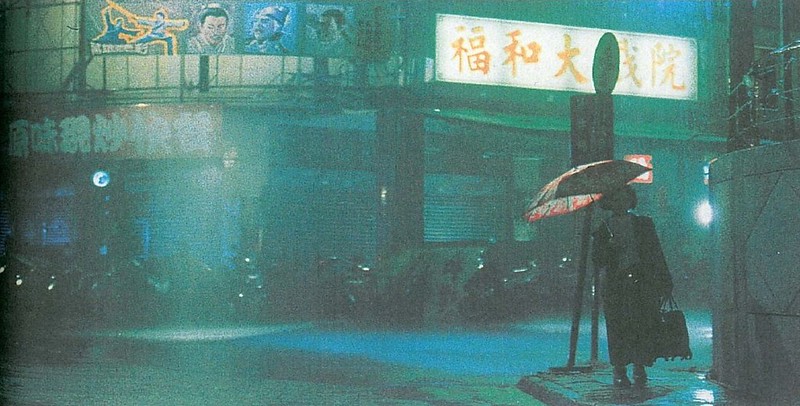 Essential in the martial arts genre.

Behind the Scenes With Jane Campion  2022

Making of The Power of the Dog.

Always enjoyed this film, but this time around all the swines trying to get into Liv Tyler's pants sort of annoyed me. She is great in it, as is Jeremy Irons.

Criterion edition of the works of Marlon Riggs, especially good is Tongues Untied from 1989, about being a black homosexual male in racist America, with stunning sound work, like Brother to Brother moving from speaker to speaker and later in the film, Idris Ackamoor on sax. Most films masterly edited by Christiane Badgley.

Stéphane Brizé The Measure of a Man 2015

Ken Loach like film but from France. My wife and I on a Vincent Lindon kick after watching Titane. One hell, hell I say, of an actor.

Essential Criterion rewatch. Written by Kubrick and Jim Thompson and based on the novel Clean Break by Lionel White. Good supplements on blu ray discusses the role of Thompson in the film. After seeing this film about 20 times, I still get so blown away by it, and the bizarre acting of Timothy Carey. 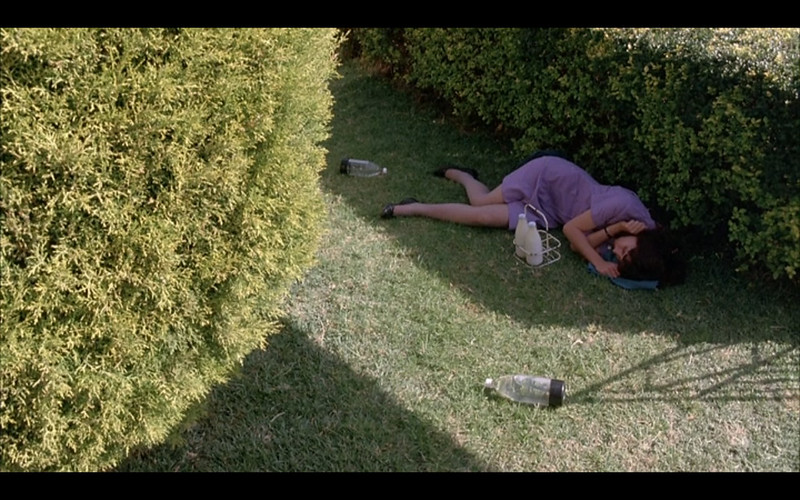 Very strange film with unusual atmosphere and narrative, no other film quite like it. Stars Geneviève Lemon and Karen Colston. Great first feature film.

Essential 4K rewatch courtesy of Shout!. Almost enjoy this more than the first film, yet still has heavy Carpenter feel with his soundtrack made with Alan Howarth, and Carpenter assistance on screenplay. Strong performances by Tom Atkins (love how he always plays a ladies' man), Stacey Nelkin, and Dan O'Herlihy. Moments like the town drunk Starker played by Jonathan Terry really give the film an uncomfortable quality that is jarring in many ways.

Christian Slater and Samantha Mathis. Contrast in Slater's two characters in this film is interesting on a rewatch, reminds me of Mark Ruffalo in I Know This Much Is True.

Derek Cianfrance I Know This Much Is True 2020
(rewatch)

Shot around where I am living currently, outside of Kingtson NY. One HELL of a show, why in the heck does HBO not have it up in 4K? since it was shot on 35mm. Lovely to look at, and the Budd music is overwhelming. Cianfrance said about shooting it: "It’s two-perf 35mm film because the story takes place in the ‘90s, ‘80s, ‘70s, ‘60s, ‘50s, ‘40s, ‘30s, ‘20s and ‘10s, I needed a format that was gonna unify it, and digital HD format didn’t exist, during any of those times. If I was gonna shoot video, the only thing I could have shot, that would have been authentic, would have been SD video from the ‘90s. But then, you have that whole challenge of, what do you shoot the grandpa’s story in then? I just thought that film would immediately unify our story and unify our world. Film has been around throughout the whole 20th century, so I felt like this was a choice for film. That’s it, on an aesthetic level. It’s feels warmer, there’s more grain, and it’s just more alive."

Imprint Films blu ray edition, watched film with commentary by film historian Kevin Lyons. Also interviews and history of conspiracies by Kim Newman and Matthew Sweet. Wonderful disc. Some things to take note of: Robert Towne did a rewrite of the screenplay by David Giler and Lorenzo Semple Jr., based on the 1970 novel by Loren Singer. 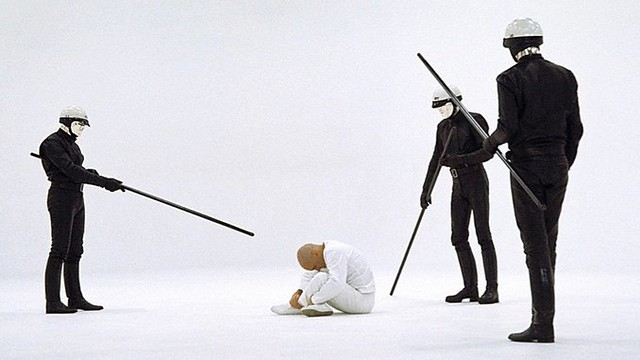 TXH 1138 and American Graffiti from 1973 - two essential Lucas films worth many rewatches.

Not familiar with Andrew Davis, but he sure make a great film with The Fugitive.

Reynolds as a cop going after the pimps of high class prostitutes. Stars John (Winnie the Pooh) Fiedler as a forensic police officer, Charles Durning, Bernie Casey, Henry Silva, and one of the strangest Val Avery roles.

Fourth time watching this the last 5 years or so after having it recommended by Colin Elevator Bath Sheffield. Overwhelmingly beautiful film, with photography by Robert M. Baldwin that somehow has an extreme bite yet low-key and under the radar, mixed with music by Orville Stoeber and Walter Sear of a similar nature. Watching the [Imprint] films blu ray, with great special features including Kim Newman whom describes the film as "Re-imagining the Vampire Myth".

Essential 4K rewatch. So strange to see Michael Shannon in this film.

From Severin's boxset All The Haunts Be Ours: A Compendium Of Folk Horror. 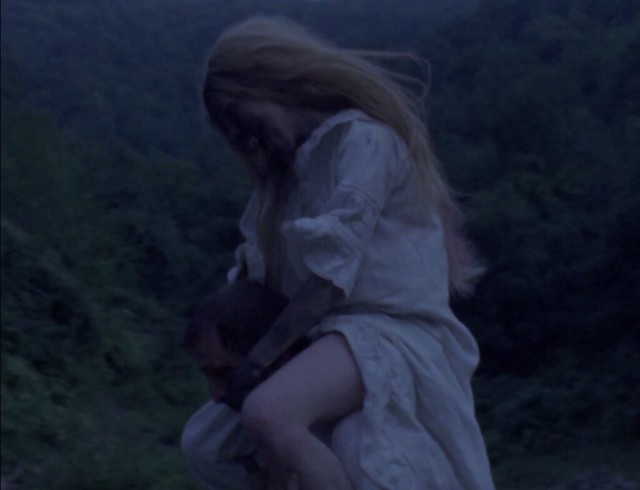 AKA The She-Butterfly, from Severin's boxset All The Haunts Be Ours: A Compendium Of Folk Horror. Yugoslav/Serbian Vampire Shapeshifter film with one of the best endings with the She-Butterfly torturing her victim by riding him like a bull in slow motion (image above).

Could take it or leave it. 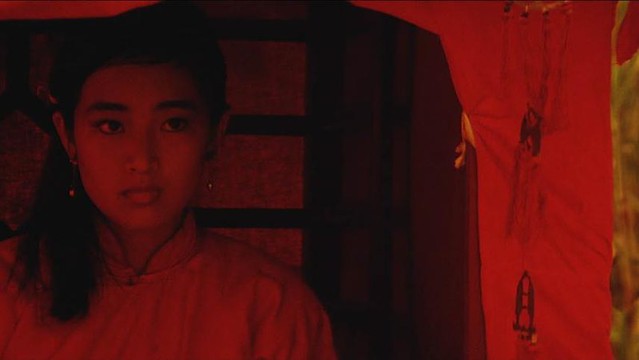 Directorial debut of Zhang Yimou. From the [imprint] boxset Collaborations: The Cinema of Zhang Yimou & Gong Li. Intense violence at the end with Japanese versus Chinese, was quite shocking.