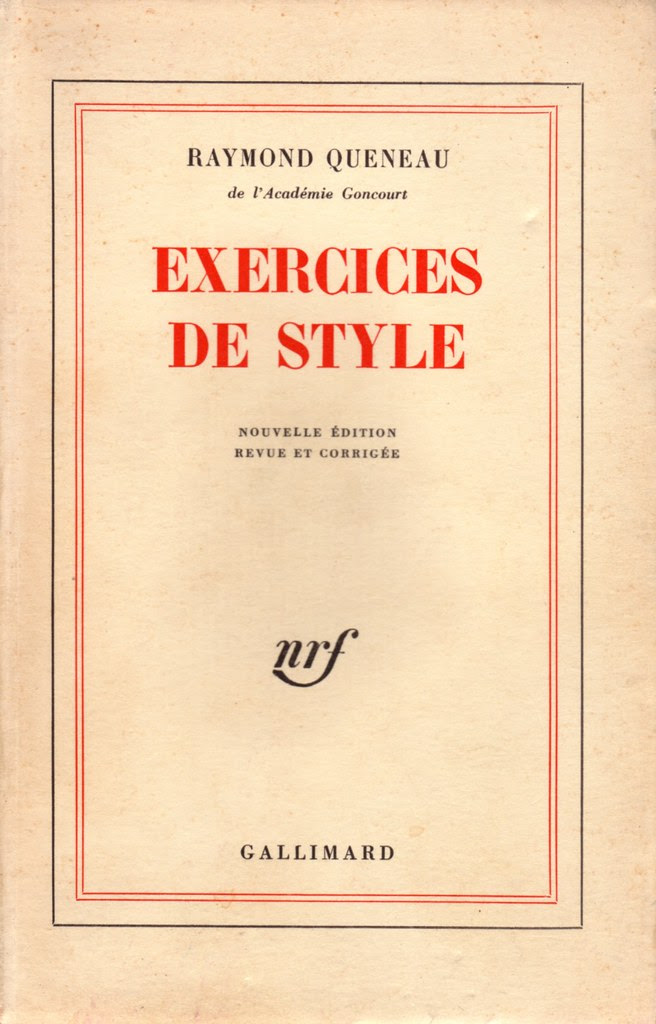 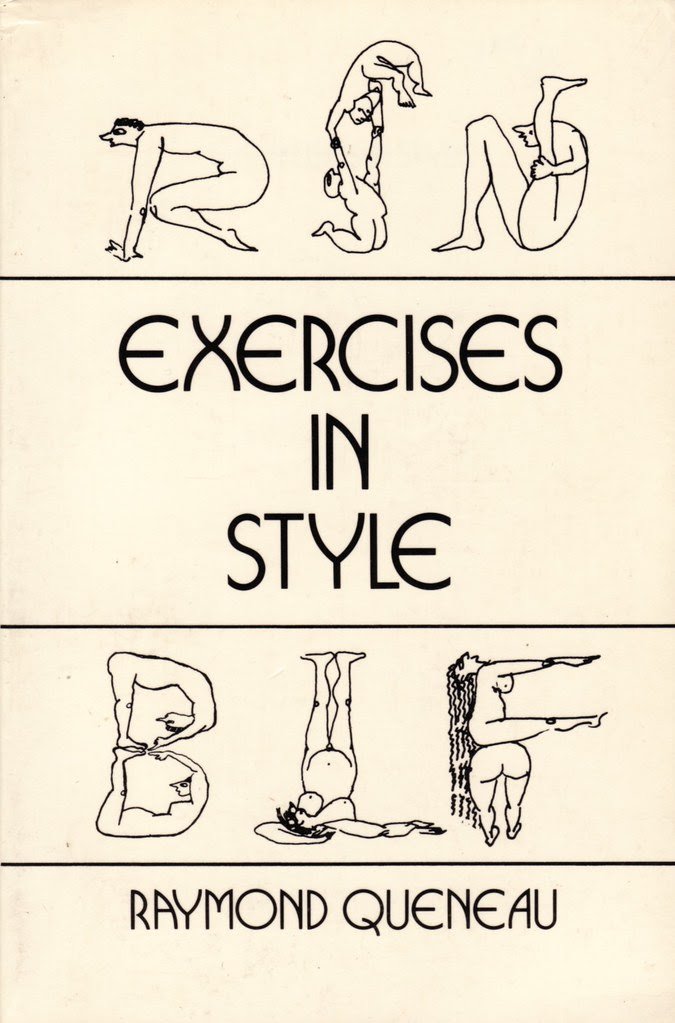 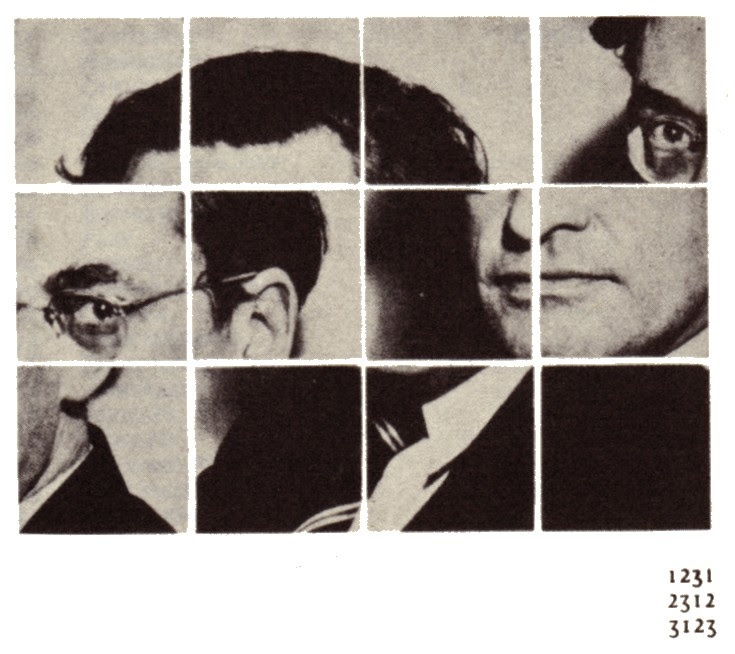 in the introduction to the 1963 edition, queneau explains that the idea for the exercises came to him in the 1930s, after he and his friend michel leiris had attended a concert at the salle pleyel where bach's the art of the fugue had been played. what particularly struck queneau about this piece was that, although based on a rather slight theme, its variations "proliferated almost to infinity." it would be interesting, he thought, to create a similar work of literature.
(from barbara wright's notes for the 1981 american paperback edition)
Posted by the art of memory at 9:31 PM