plato's cave one hundred and eleven (being a film journal) 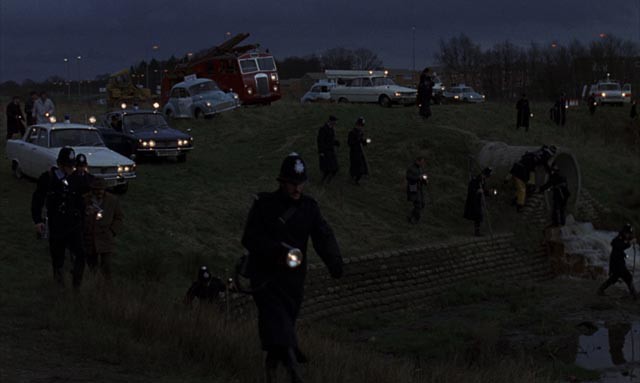 6.11.2020
Sidney Lumet The Offence 1973
(rewatch)
One of the strangest and most original opening sequences; the camera moves in slow motion through a fragmented British police station, abstracted by a glowing enigma of light. Bits of action happen but presented in a way where the spectator realizes there are ellipses. Much of the film feels like it was shot by the great British experimental filmmaker Chris Welsby, with elements of the Red Riding novels by David Peace sprinkled in. Truly unique film. I love the British films by non-Brits throughout the 70s and 80s, like Jerzy Skolimowski Moonlighting plus The Shout, and Robert Altman's Images. 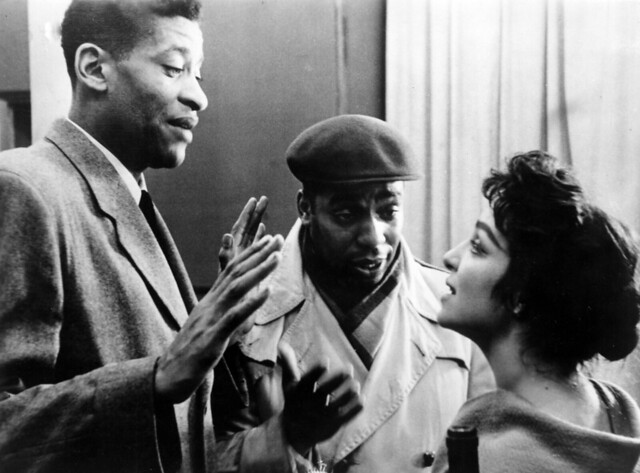 John Cassavetes Shadows 1959
(rewatch)
First film I saw by Cassavetes back in 1994, and with it I fell in love with his work. Such a powerful work which resonates very strongly in today's white racist oppressive world. 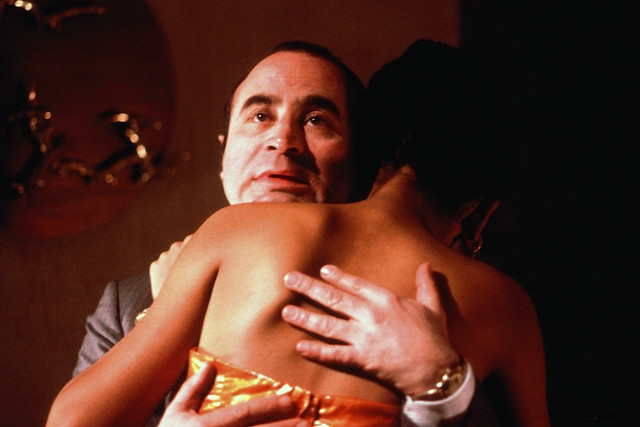 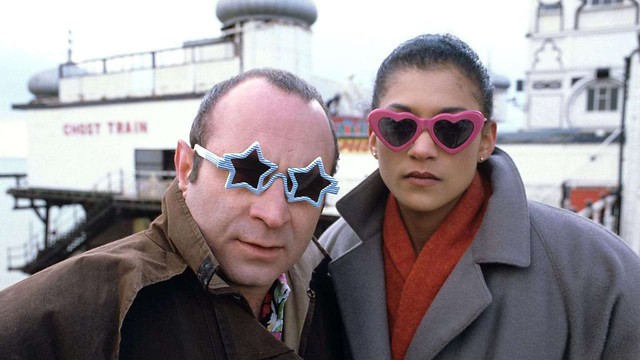 Neil Jordan Angel 1982
Neil Jordan double feature. Purposely somewhat incoherent film with Stephen Rea, where he is a saxophone player whom gets into some dirty business. Very interesting sound work in the film, highly artificial. Especially good when they do the live music sequences, also Bressonian footsteps echo throughout film.

6.16.2020
Frank Perry Last Summer 1969
This film reminded me to much of Skolimowski's Deep End with the "when is she going to take her cloths off" nonsense.

Oliver Stone Born on the Fourth of July 1989
(rewatch)
Born is an exception to this viewer's anti-Stone general way of thinking. The film spassed a rewatch, perhaps because it avoids Stone's usual flashy edits, camera work and processing of film, done in the style of the times but certain to alienate many viewers (Natural Born Killers!). It doesn't hurt to have Willem Defoe play such a crazed out role.

6.17.2020
Frank Perry David and Lisa 1962
Keir Dullea (2001, Bunny Lake is Missing) and Janet Margolin romantically entwined institutionally (in the mental sense) with a setting not unlike One Flew Over the Cuckoo's Nest, Titicut Follies, Shutter Island, or Shock Corridor. Excellent writing by Eleanor Perry with Margolin's rhyming talk. Loved the film.

George Roy Hill Butch Cassidy and the Sundance Kid 1969
(rewatch)
Conrad L. Hall's groundbreaking photography especially present in the famous bicycle sequence. Not a great western for this viewer, perhaps a bit slow at times, but it has a truly perfect ending (see image above). 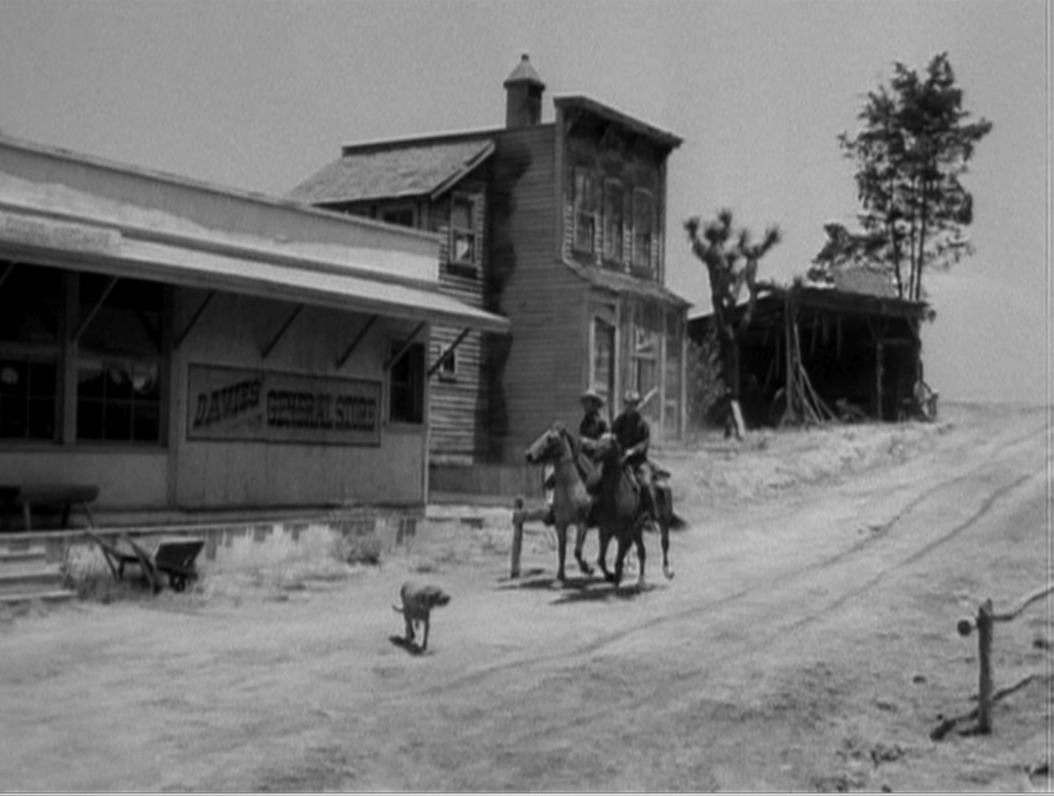 6.19.2020
William A. Wellman The Ox-Bow Incident 1942
(rewatch)
One of those truly perfect westerns, discussed elsewhere on this site regarding the opening and closing shots with trotting dog.

John McNaughton Henry: Portrait of a Serial Killer 1986
(rewatch)
A 1980s film thankfully not in the tradition of John Hughes. Raw yet poetic at times, certainly a film one never forgets. As a young man I was of the mind that 80s films were sentimental Reagan era nonsense, but seeing works like this has shifted my view that actually those bad films are more the minority. Great film I will probably rewatch as I now have the blu ray in my library.

Neil Jordan The Crying Game 1992
(rewatch)
Many times in the dark with this film, one of my favorite 90s films. Noticeable reference to Charles Ives' The Unanswered Question in Anne Dudley's score when Forest Whitaker's Jody is referenced.

6.20.2020
Tony Richardson A Taste of Honey 1961
(rewatch)
From the the BFI boxset Woodfall: A Revolution in British Cinema. Absolutely breathtaking film with beautiful tactile grain jumping all over the screen. 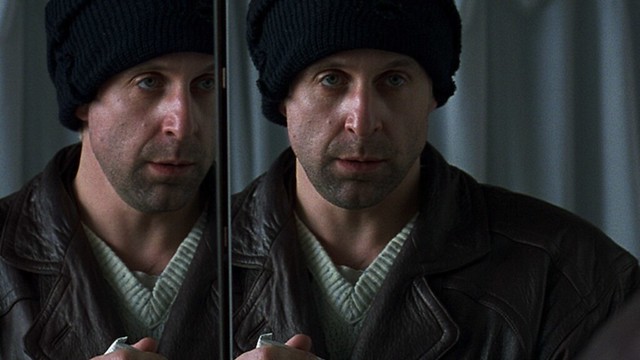 6.23.2020
John Carpenter Vampires 1998
Filling in holes by my favorite directors. Went through these films by Mr. Carpenter the last few days: The Ward, In the Mouth of Madness, Village of the Damned, Body Bags, Ghosts of Mars, and Vampires. Of these; Vampires was the more successful film for me personally, yet not really a film I would rewatch. It was suggested to me that disliking these films by Carpenter means he is not a great director, an idea perhaps a tad offensive. Must one respect an entire filmography for a director to be a great one? Does the merits of an auteur depend on consistency? Who the hell cares?

David Cronenberg Shivers / They Came From Within 1975
(rewatch)
Arrow blu ray with great special features in addition to this absolutely gorgeous transfer. Probably the Cronenberg film I have rewatched the most. This great film has an atmosphere not unlike J.G. Ballard's High-Rise, another work that moved this young man immensely.

Robert Mulligan The Man in the Moon 1991
From To Kill a Mockingbird director, starring Reese Witherspoon in her first role, Sam Waterston, Tess Harper, and Gail Strickland. Classic 90s cinema. When I see Waterston, I think of his unforgettable "moral structure" dialogue in Crimes and Misdemeanors, Tess Harper for her Breaking Bad presence. 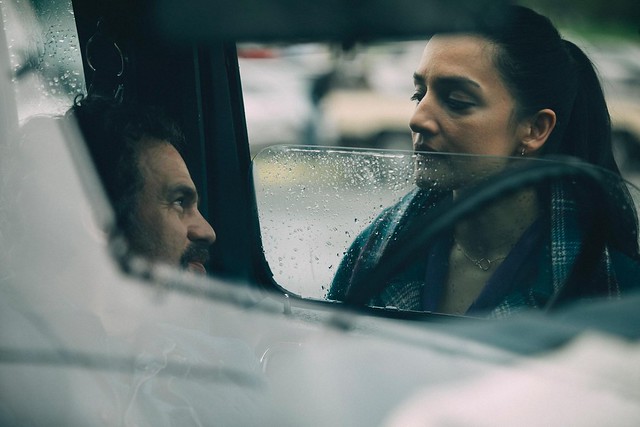 6.23.2020 - 6.26.2020
Derek Cianfrance I Know This Much is True 2020
From The Place Beyond the Pines and Blue Valentine director Derek Cianfrance, whom studied film with the two late greats Stan Brakhage and Phil Solomon. Music by the utterly profound Harold Budd, every second of the music and sound design is just pure bliss. I love that it takes place around the period of the late 1980s and early 1990s, with George H. W. Bush and the like, not unlike The Big Lebowski. Definitely one of the best recent television shows, a medium that I had about given up on the last year or two. Always so impressed with how Mark Ruffalo had to reteach himself how to act after suffering from facial paralysis and hearing loss due to the brain tumor vestibular schwannoma. 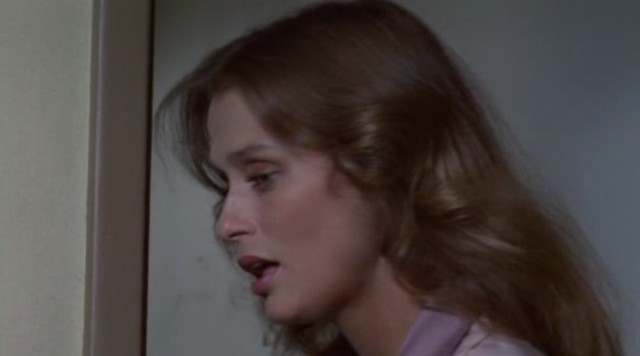 6.24.2020
John Carpenter Someone’s Watching Me! 1978
Made for tv film with Lauren Hutton and Adrienne Barbeau. Entertaining at times but a little too close to De Palma's Hitchock. Hutton's quirky behavior is grading.

John Carpenter Cigarette Burns 2005
Udo Kier hires Norman Reedus (The Walking Dead) to hunt down an apocryphal snuff film. Very Giallo. Not a film I would rewatch but not completely without interest.

Hirokazu Kore-eda After Life 1998
Perhaps too wordy and concept oriented at times. Not as engaging as other Kore-eda films for me, but worth seeing. Definitely an alternative use of video technology to the modern Japanese Horror films like Ringu.

Nickolas Dylan Rossi Heaven Adores You 2014
Elliott Smith documentary. Very good. Wasn't crazy about seeing Portland footage when the story had shifted to Mr. Smith living in NYC, especially because I noticed repeat shots of certain streets and expressways, but the city really does photograph well.

6.25.2020
Joseph Losey The Go-Between 1971
My wife and I are on a mission to see all Joseph Losey films, all Julie Christie films, and all Alan Bates films, The Go-Between worked in all three. Really wonderful film, as was the performance of the young Dominic Guard. The novel by L.P. Hartley apparently is a must read. The film is a rather pleasantly plain story with layers of complexity (as it is from a child's perspective) and subtleties. The great Harold Pinter wrote the screenplay, and photography by Gerry Fisher (Highlander, Mr. Klein, The Offence, The Romantic Englishwoman, Wise Blood, The Ninth Configuration [one strange film I wish I could get into], Running on Empty, and The Exorcist III). Scored by the Frenchman Michel Legrand. All signal a film of the utmost seriousness.

6.26.2020
John Milius Conan the Barbarian 1982
Could not remember if I saw this as a kid, and wasn't sure when the film ended. Great ambiance but not really a film I would see again. Surprised by the amount of nudity. I must speak about this in my next confession.

Chinonye Chukwu Clemency 2019
This might be the first film since plague times I have really felt a strong connection with, such a powerful film. Alfre Woodard, Aldis Hodge, and Wendell Pierce! Last shot reminiscent of Call Me By Your Name, with Woodard just beyond moving, not too many actors could pull something like that off.

Kenneth Lonergan You Can Count on Me 2000
(rewatch)
One of those films my wife and I watch pretty often... at least this is our third times in the last 6 years or so. Perhaps Lonergan's best film in a filmography of all great works?

Hirokazu Kore-eda Still Walking 2008
(rewatch)
Really great Kore-eda film, that perhaps takes a couple few viewings to pick up some of the subtitles.

6.28.2020
Nicholas Ray Johnny Guitar 1954
(rewatch)
Watched the Olive Signature blu ray and feel like this was the first time seeing the film, having never seen a 35mm print. Lovely transfer of this perfect film.

6.30.2020
John Carpenter Christine 1983
Still going through the unseen Carpenter films. I love the above sequence at the drive in movie theater.

Graeme Clifford Gleaming the Cube 1989
(rewatch)
Growing up a skateboarder, this film was key to a high school kid, as well as the early Powell films like The Search for Animal Chin, the bmx film Rad, the surf film North Shore, and many others. This film really has zero interest now besides the "action sequences" but brought back memories watching.

7.1.2020
Atom Egoyan The Adjuster 1991
My wife and I had wanted to revisit Egoyan films, and were happy to see a bunch show up on the Criterion Channel. Don't think I had seen this one, not super crazy about it but always find Elias Koteas to be worth watching. Worth watching. 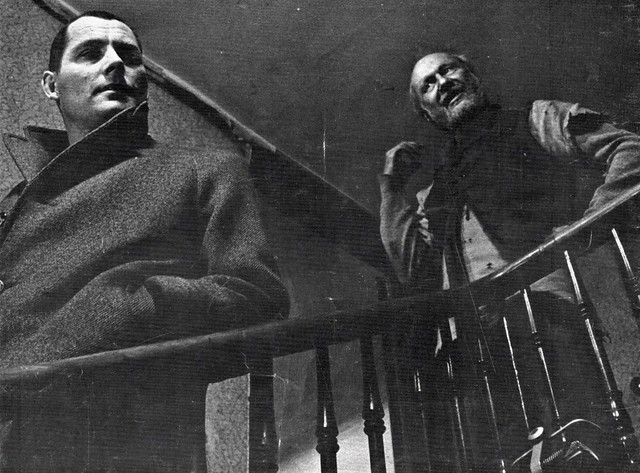 7.6.2020
Alan Clarke Shelter 1967
First disc in the BFI Alan Clarke box set Dissent & Disruption: Alan Clarke at the BBC. Nice film, extreme desires occurring between a woman and man who apparently want to "get physical", but pretend to hate each other. These 25-30 minute shorts from the BBC Half Hour Story series, 1967-1968.

Alan Clarke Goodnight Albert 1968
From the writer of Scum Roy Minton, whom also penned The Gentleman Caller. Rather nice credit music on these early shorts by Jack Parnell.

Alan Clarke Stella 1968
These early Clarke films have some great photography. This film starts with the camera looking up at the characters from the floor, following Geraldine Moffart around, and from time to time obscured by objects such as beds.

Alan Clarke The Fifty-Seventh Saturday 1968
Perhaps the best of these Half Hour Story shorts. A young woman suffers depression and puts all her energy into an older married man.

Thomas Vinterberg The Hunt 2012
(rewatch)
Arrow Academy blu ray with alt and deleted scenes, including alternate ending where Mads Mikkelsen's character is shot in the forest, rather than a miss. Such a great film, I would like to see a horror sequel where he takes revenge on all the folks that brought him misery. I love as an American getting all these British blu rays, where the translation is rendered arse instead of ass.... how lovely. 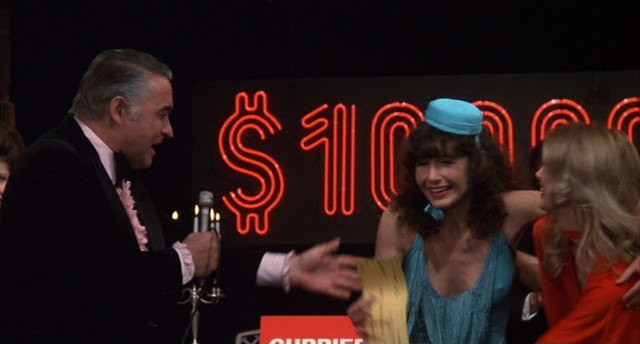 Gloria Katz The Bride Stripped Bare by Her Suitors—Even 1966

Willard Huyck Down These Mean Streets 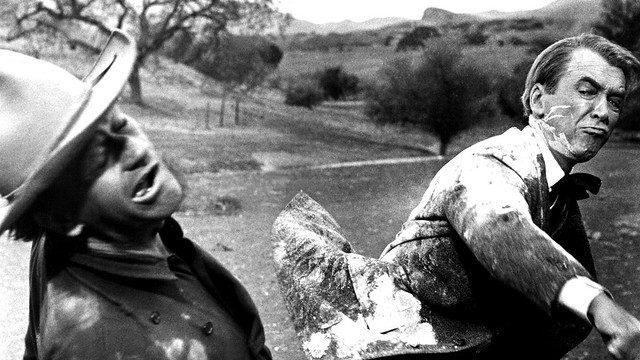 John Ford The Man Who Shot Liberty Valance 1962
(rewatch)
Perfect details make this film endlessly watchable and rewatchable. Contains the great line "when the legend becomes fact, print the legend", which is a quote one can perceive the world by. Lee Van Cleef and Strother Martin are wonderful as Liberty Valance's sidekicks.

John Cassavetes Husbands 1970
(rewatch)
Reunited with another old friend - the great Cassavetes film which could be an endurance test for some, or not much different than reading a fine Beckett novel for others, with a method of arriving at transcendence through repetition, grit, and a hint at nonsense.

7.8.2020
William Lustig Vigilante 1983
Second time watching this the since the beginnings of plague times. For anyone who has only experienced Robert Forster as an older actor, this is a great film to see him young.

Joan Micklin Silver Between the Lines 1977
John Heard film from the director of Chilly Scenes of Winter. Also has Gwen "I never get enough" Welles from Nashville, Jeff Goldblum, and Joe Morton whom is very good as he always is.
Posted by the art of memory at 8:49 PM