plato's cave one hundred and twelve (being a film journal)

7.9.2020
Václav Marhoul The Painted Bird 2019
I especially liked the sadistic scenes with Udo Kier, one where the violence begins after some frighteningly bizarre distorted cat sounds. Some quite lovely photography by the Czech photographer Vladimír Smutný, the above window image has a solid Josef Sudek quality about it. Overall not a great film but has moments.

John Carpenter The Fog 1980
(rewatch)
Watched the Shout! blu ray which was certainly a more beautiful method of entry than I had previously experienced. Wonderful Carpenter film, certainly up there with The Thing, They Live, Escape From New York, and Halloween. Man I love Tom Atkins, he is great in Halloween III: Season of the Witch as well. 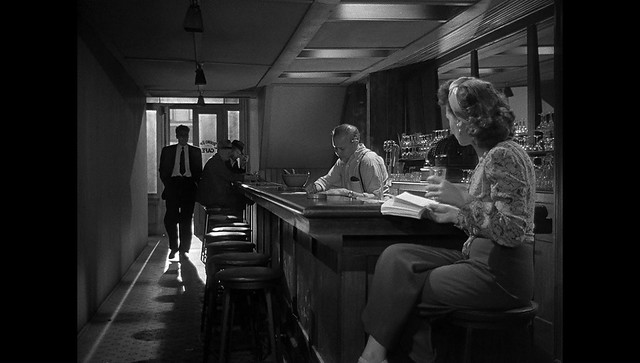 7.10.2020
Robert Siodmak Criss Cross 1949
(rewatch)
As stated by my friend Colin Sheffield, this film back in the day was a bit of an entryway drug into Film Noir. Something about it just pulled me in heavy back in 1997 or so after seeing it at the Castro Theatre in one of their Noir fests. Perhaps for Percy Helton's performance as the bartender, or the gritty photography by Franz Planer, or for capturing the now deceased Bunker Hill in such a beautiful way, or the attractive femme fatale Yvonne De Carlo? Could just be because I watched the hell out of it the next few years and really just had the film memorized. Always holds a special place in my heart, and having not seen the film in 10-15 years, the Masters of Cinema disc was really something special. Must see film, especially for those not sure if they should take the film noir journey, a journey I have not taken as far as some but am certainly more than an enthusiasts.

7.13.2020
Howard Hawkes Rio Bravo 1959
(rewatch)
Another viewing this week of one of those films I probably watched too often in my youth but had not seen in a while. Perfect Western!

7.14.2020
George Armitage Miami Blues 1990
(rewatch)
Jennifer Jason Leigh, Alec Baldwin, and Fred Ward. Pretty good film with alcoholic and toothless degenerate cop Ward up against nihilistic Baldwin. Shot by the great and underrated Tak Fujimoto responsible for Silence of the Lambs, The Sixth Sense, Melvin and Howard, Something Wild, Gladiator, among many other notable films.

7.15.2020
James Mangold Ford v Ferrari 2019
Mangold has made some great films like Heavy, The Wolverine, Logan, Cop Land, and 3:10 to Yuma. One of those directors you can count on to make a solid film.

Ridley Scott Black Rain 1989
(rewatch)
Not a great film by the master but has its moments. Certainly worth it for a moment with Luis Guzmán. 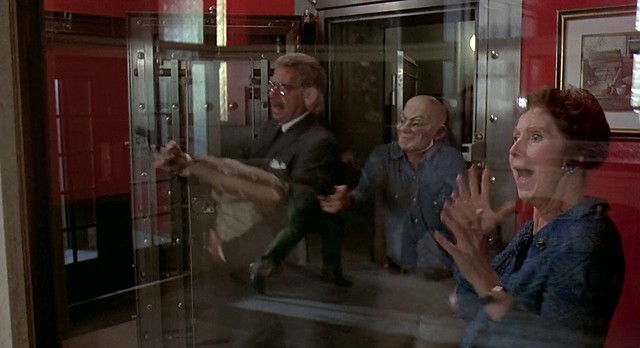 7.17.2020
Don Siegel Charley Varrick 1973
(rewatch)
As a middle school kid, Siegel was one of my favorite directors before I really thought much about that sort of thing, mostly with many viewings of his Escape from Alcatraz and Dirty Harry. Over the years I have really come to appreciate his vision of rawness with films like The Lineup, Coogan’s Bluff, The Shootist, The Beguiled, and perhaps this film as the finest example of Siegel's extremeness of rawness. First quarter of the film spent on a white knuckle bank robbery and then transcends into an entirely different type of work which is totally unique to Siegel's vision of the world. Also watched the doc  Last of the Independents: Don Siegel and The Making of Charley Varrick included on the Indicator blu ray. Charley Varrick was initially titled Last of the Independents.

Joel Coen Blood Simple 1984
(rewatch)
Another one of those just utterly powerful and unique films within an already perfect oeuvre. Shot by the great Barry Sonnenfeld, responsible for Misery, Raising Arizona, Three O'clock High, and Miller's Crossing. I was disappointed the Criterion Collection blu ray did not have the Kenneth Loring commentary, does anyone out there know a way of getting that? 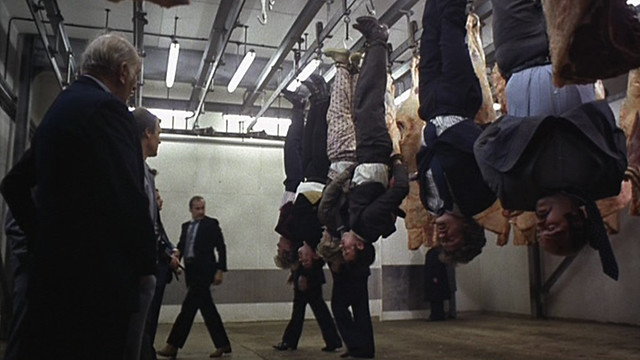 7.19.2020
Alan Clarke George’s Room 1967
Clarke collaboration with writer Alun Owen, from the BBC series Half Hour Story, the only one in color. Very good.

Alan Clarke The Hallelujah Handshake 1970
From the BBC1 series Play for Today. The story of a sleazebag that infiltrates two churches to wreak havoc. Good business.

Alan Clarke To Encourage the Others 1972
In this television film we see Philip Stone as a the solicitor Humphreys, famous for his role of Grady in The Shining and the dad in Clockwork Orange. 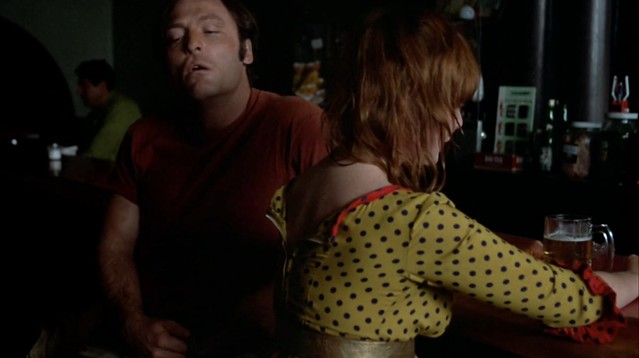 John Huston Fat City 1972
(rewatch)
Fat city is slang for one is doing well, and in a good situation financially. Quite different from the transient lifestyle we see on the screen. Conrad L. Hall gave this film a really subtle look with a mostly unsaturated palette with occasional bits of color like Susan Tyrrell's yellow dress. Especially noticeable in the bar scenes, just so beautiful. When one goes to Stockton California where the film takes place, you can see where the inspiration for this light comes from, this area in California has a unique look and other worldly to a foreigner. Apparently Monte Hellman was potentially to direct this film.

Thinking of other boxing films I love :
The Set-Up
Rocky franchise
Champion
Million Dollar Baby
Raging Bull
Killer's Kiss
The Fighter
The Harder They Fall
Unforgivable Blackness: The Rise and Fall of Jack Johnson
The Boxer
The Quiet Man
When We Were Kings
Body and Soul
Requiem for a Heavyweight

Monte Hellman Two-Lane Blacktop 1971
(rewatch)
Seeing Hellman's Cockfighter and Two-Lane Blacktop in 1997 after moving to San Francisco it became clear I had some major gaps in my film education. These films for many years, until Criterion released TLB, were these great unknown films that were a motivation to keep looking under rocks for more jewels to feed the hole. Back in those days if you said TLB was one of your favorite films you would hear some big time crickets, now everyone has seen this film and it has been accepted in the canon. See here a previous post on this film.

Orson Welles The Lady From Shanghai 1947
(rewatch)
Indicator blu. My strongest memory of this film is Glenn Anders (as George Grisby) drinking beer in Sausalito.

7.20.2020
Ben Wheatley Free Fire 2016
Many bullets. Favorite part of the film is probably Cillian Murphy's 1970s presence. So far the only Wheatley films I had seen were Kill List and a failed viewing of High-Rise. Dig the 70s Boston vibes.

Emir Kusturica Arizona Dream 1993
Wasn't crazy about this film except the Vincent Gallo interpretations of Cary Grant running from the plane in North by Northwest. If one could only go into a bar and see something like that!

Sidney Lumet Night Falls on Manhattan 1996
(rewatch)
One of the few Lumet films I can't really get into. Has some good moments though, like Ian Holm, James Gandolfini, and Shiek Mahmud-Bey.
Posted by the art of memory at 4:12 PM