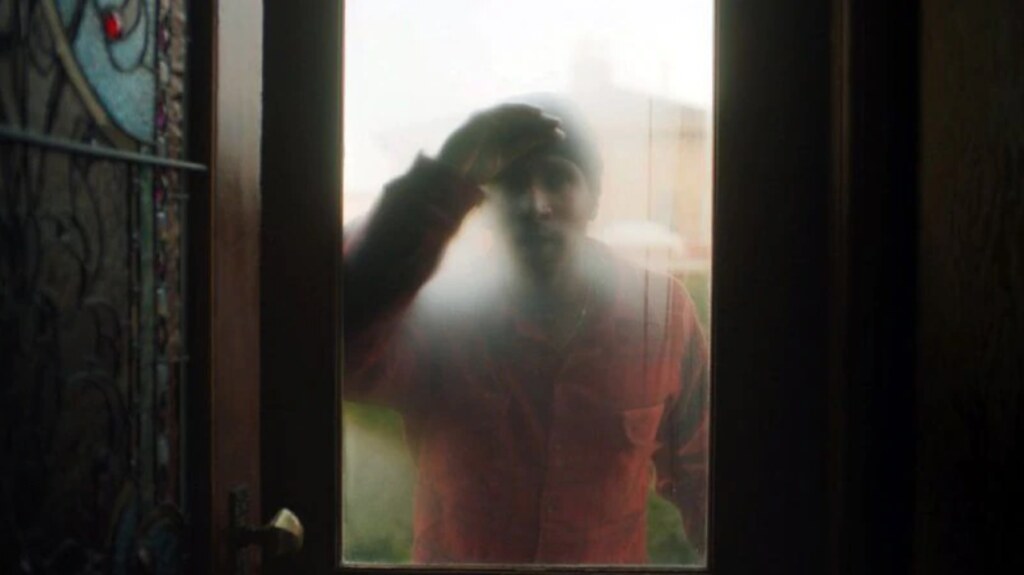 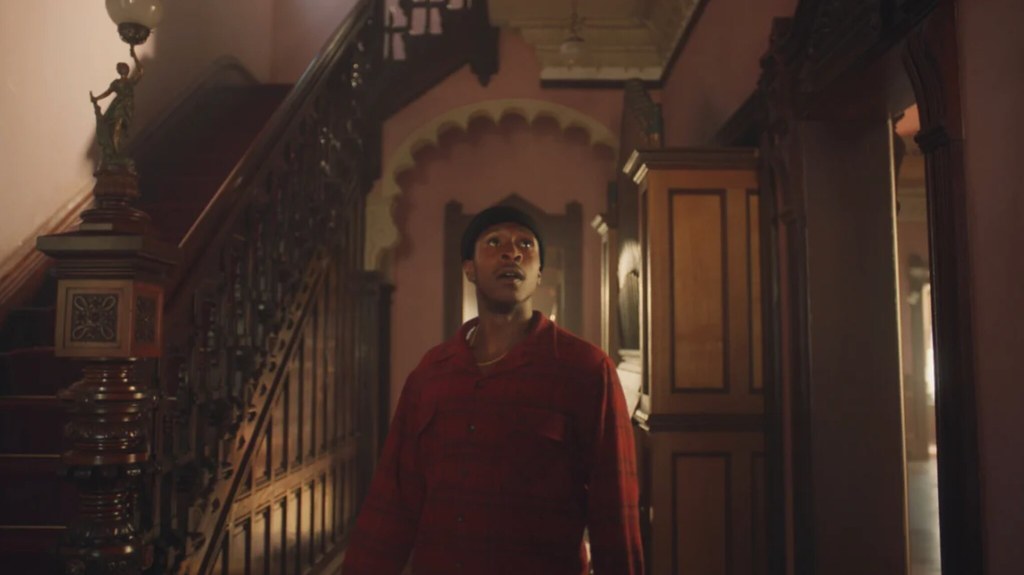 The construction of this film was a tad jarring much of the time but successful in the way that it portrays a dying (or dead) city and lovingly documents the atmosphere of an eccentric old house with an apocryphal history. Quite a unique film that works most of the time.

Howard Deutch - Pretty in Pink - 1986
(rewatch)
No thank you to John Hughes and his crew of melon farming Leviathan deniers, I just came by to see some Harry Dean Stanton. 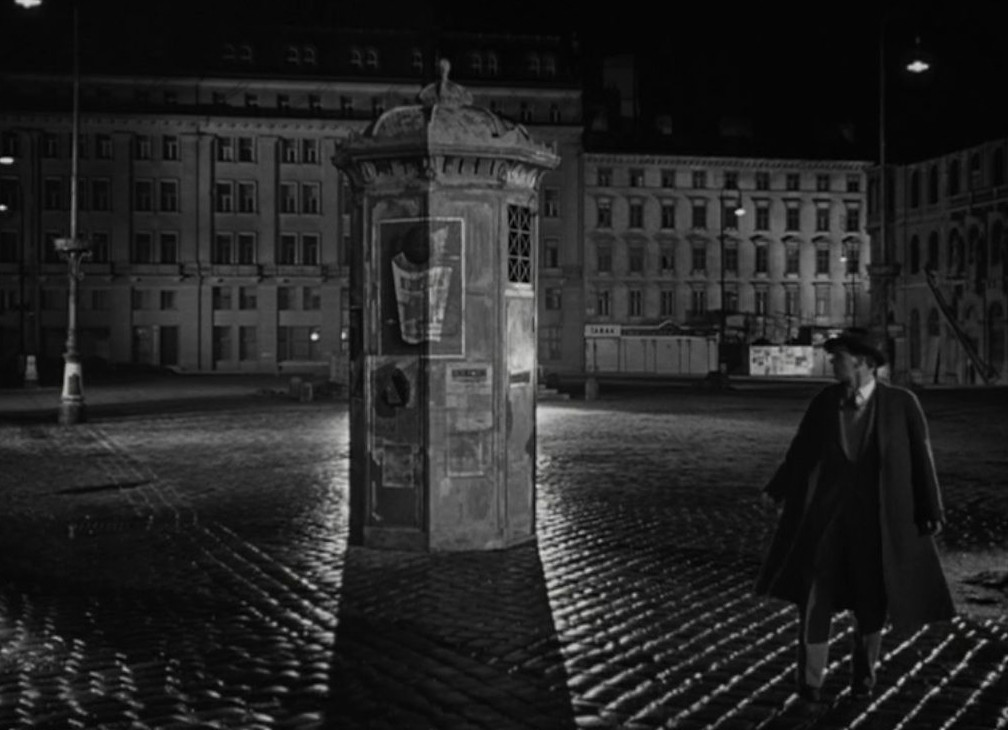 Endlessly dense film with many layers to investigate over repeat viewings. Joseph Cotton as an anti high-falutin writer of genre fiction is one of the great film characters, engaging in some humorous discussions with Sgt. Paine (Bernard Lee) and Crabbin (Wilfrid Hyde-White). Also a superb role for one of England's finest actors, Trevor Howard. Carol Reed's opening narration also endlessly fascinates, and one can obsess on his subtleties in diction. 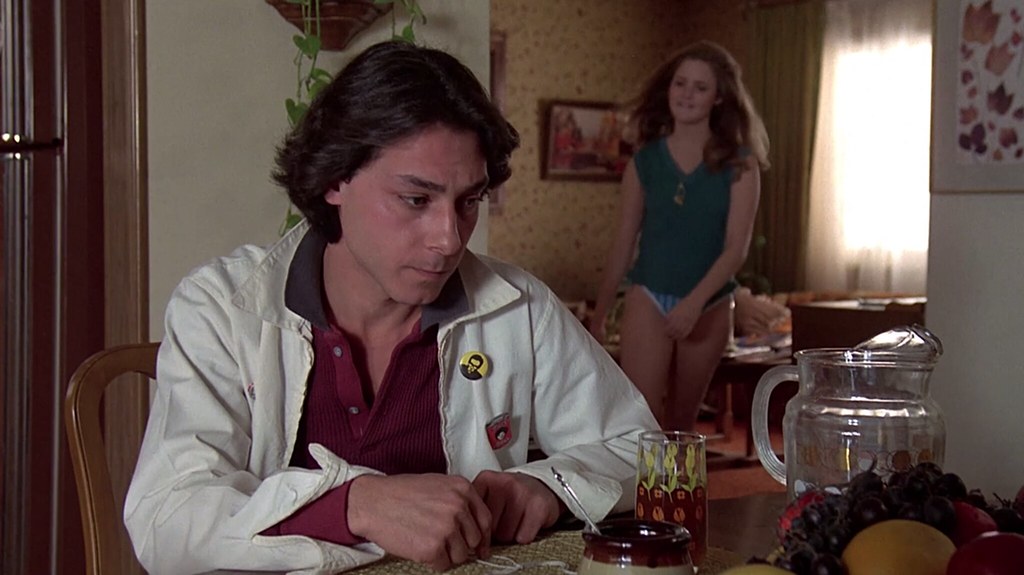 Once a year kind of film with a great cast including Jennifer Jason Leigh, Judge Reinhold, Forest Whitaker, Sean Penn, Ray Walston, and Robert Romanus, who plays one of the great screen sleaze-bags. For this viewer a character like Damone is what makes this a film that works on numerous levels and the Velveeta sleazes in a Hughes film reasons to not bother with them. I remember I first started listening to Led Zeppelin's Kashmir after seeing this film.

Alan Metter - Back to School - 1986
(rewatch)
A film I enjoyed as a middle schooler, hadn't seen since then, has some good jokes. 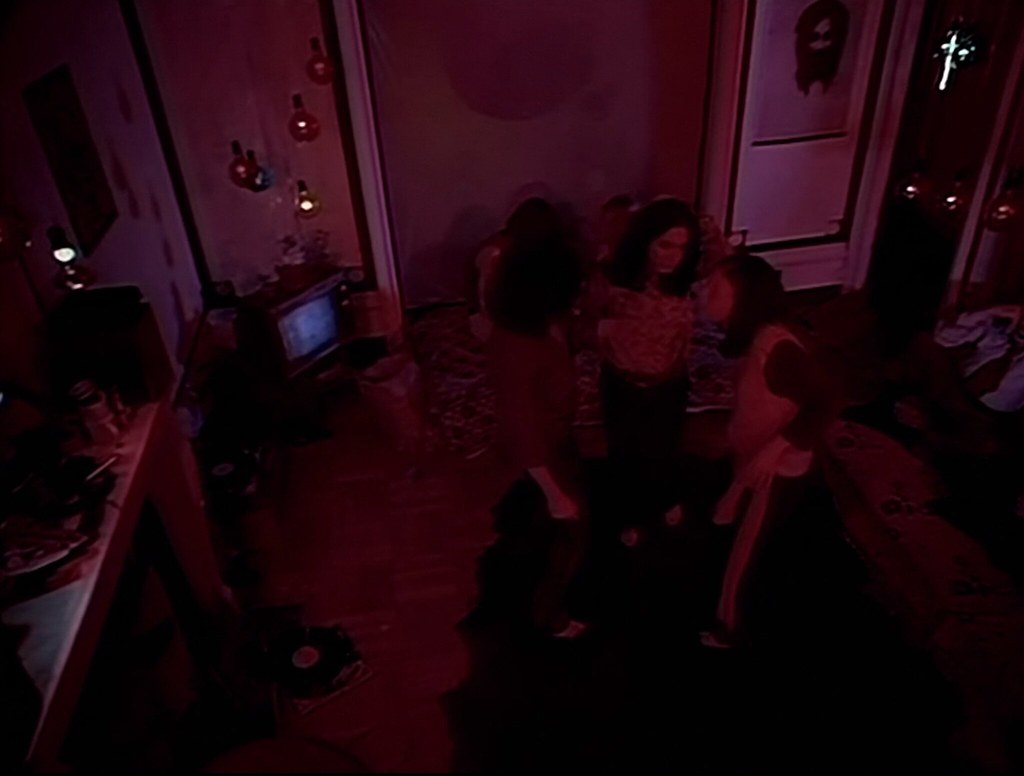 Second time watching this and for the most part I can do without the majority of the film but I really love when Joe (Peter Boyle) and Bill Compton (Dennis Patrick) move their focus to the village and get into some real strange hippy business and even what Boyle calls an Or-gee. Films showing an outside view of beat and hippy culture can be really fantastic, like A Bucket of Blood. Photography is nice and dark too, and red, like someone accidentally put a red filter in there or developed the film wrong.

If I am honest with myself, I didn't care for this film. Had some moments though, like Elisabeth Moss' deranged performance. 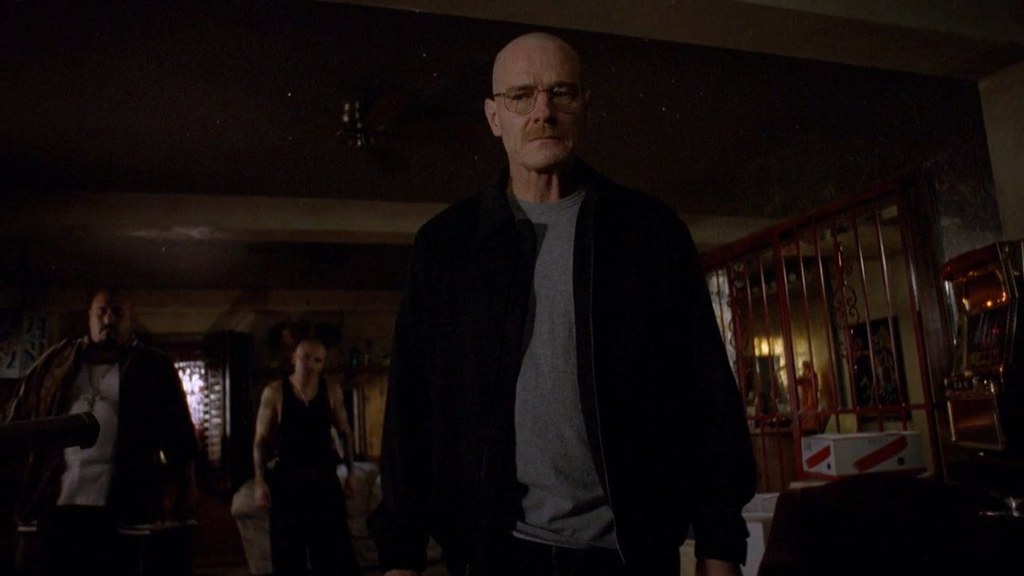 I am no television scholar but perhaps the contemporary wave of cinematic television started with The Sopranos (1999-2007), The Wire (2002-2008) and Breaking Bad (2008-2013), all children of Twin Peaks (1990-1991). Maybe some viewers wouldn't agree or have no interest in the relationship between cinema and television, but for someone like myself growing up watching and being irritated by the majority of television in the 70s, 80s and 90s, these 4 great shows separated the shite of The Cosbys and Beverly Hills 90210 from the long form cinematic experiences that had layers of poetry, literature and were often times on the level of fine art. Breaking Bad was in a way so engaging because the trajectory of Walter White could not be expressed in a 2 hour film, his madness needed flowering or unflowering over many hours, where the experience would be full of nuances. Another initial observation of Breaking Bad was that a viewer coming to this show with a love of experimental music, field recordings, sound design and drone music, would find the sound/music here not much different than what he/she was hearing when listening to artists like Akira Rabelais or BJ Nilsen. The sound work interacts with the picture in a nice Bressonian manner, and gets into the world of abstraction with the activity (pleasure) of hearing sound that is full of texture and ethereality warping reality quite severely. The followup film El Camino I found to be a really strong sequel to this great masterwork and Aaron Paul is as excellent as always. Planning on watching again soon and the rest of the seasons of Breaking Bad.

Superb Ang Lee film. Reading the short story recently, one can see the script by Larry McMurtry and Diana Ossana is a virtuosic expansion of a work that excels at brevity, there is even a book on it. And of course, Heath bloody Ledger!!! 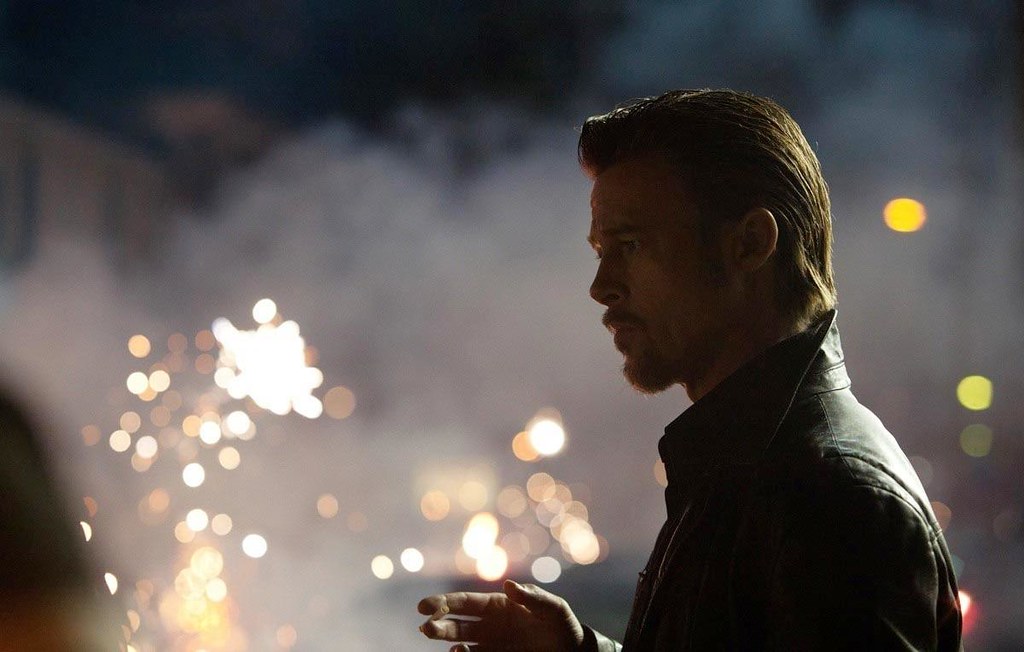 This is one hell of a film that I love to watch over and over. Purchased the book Cogan's Trade (1974) by George V. Higgins many years ago but have yet to read. He also wrote The Friends of Eddie Coyle (1970) which was made into another raw Boston crime film. There were quite a few memorable indie films from around 2012, there was a certain feeling in the air that is exceedingly attractive. Some other films include (and many with a touch of the 1970s about them): 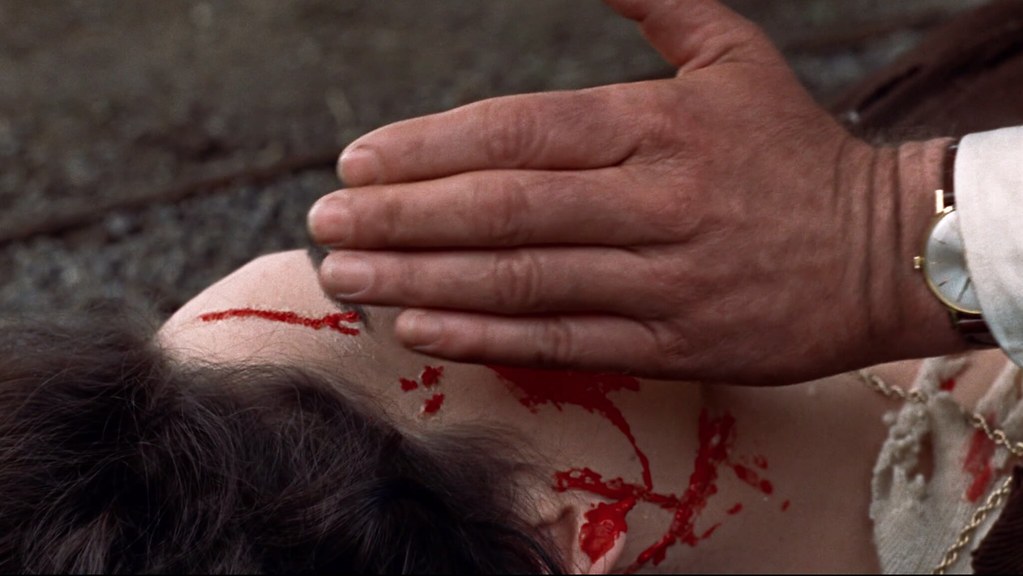 More of a fan of Mann's westerns, had not seen in a while, has some great moments, John Alton was really one of the great photographers.

One of the best Hitchcock films for this viewer. For many years hardly a week would go by without playing a film by old Hitchcock and if possible a read from Truffaut's Hitchcock/Truffaut (still have to see the Kent Jones film). Moving to SF at age 21 the city was very much under the influence of films like Vertigo and The Birds. These were the heaviest of the heavies for a young San Francisco wine drinking Robert Musil reading Jay DeFeo worshipping potato eater: 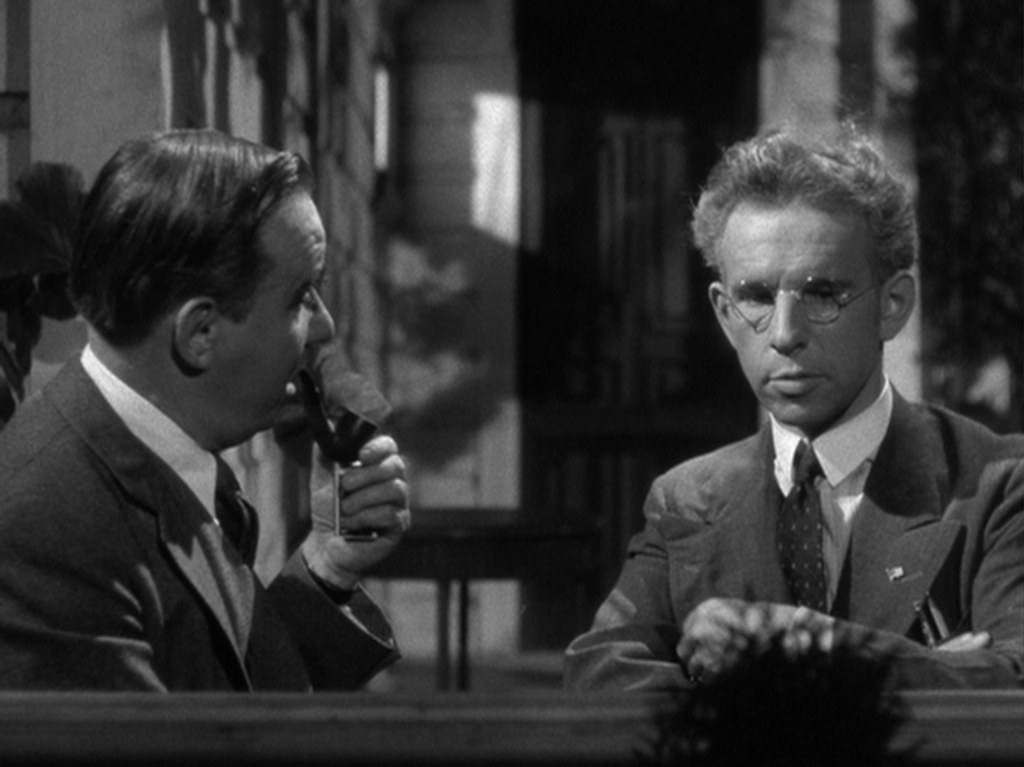 Henry Travers and Hume Cronyn engage in some good frank talk on Inee (Indian arrow poison) and other matters of killing, crime and the like. Strange undercurrents of incest, closeted homosexuality and other business discouraged in 1940s America. Near perfect film, sometimes as a viewer one can get sick of the Mid-Atlantic accent to be honest. 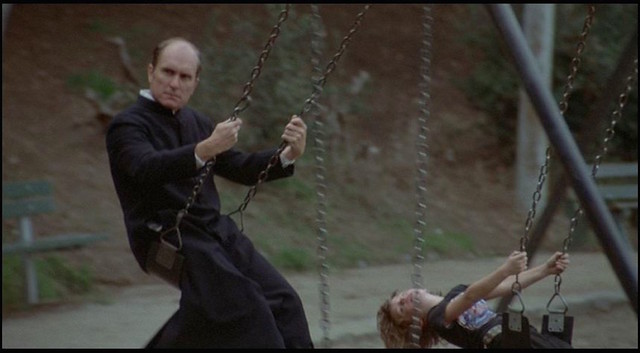