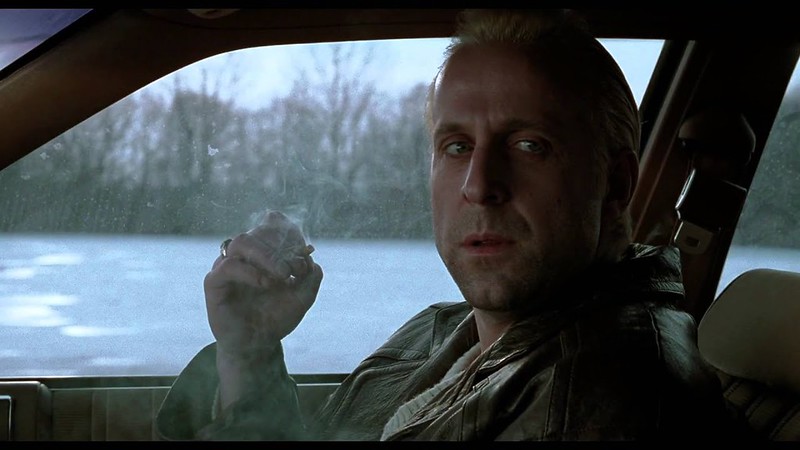 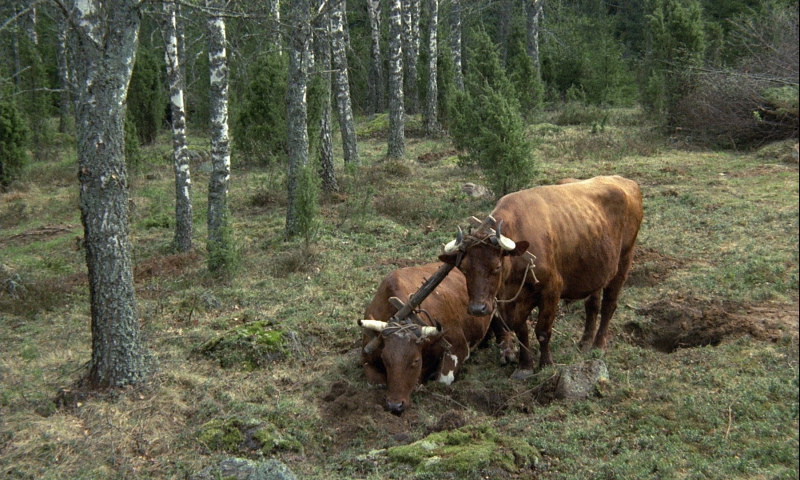 10.24.2019
Jan Troell - The New Land - 1972
The sound design of this film almost could feels like it could have been done by Henning Christiansen.

10.28.2019
Jan Troell - The Emigrants - 1971
Embarrassed it took me so long to finally see these 2 films. Have had them on my best films ever made list for so long without actually seeing them. I knew they would be great though. 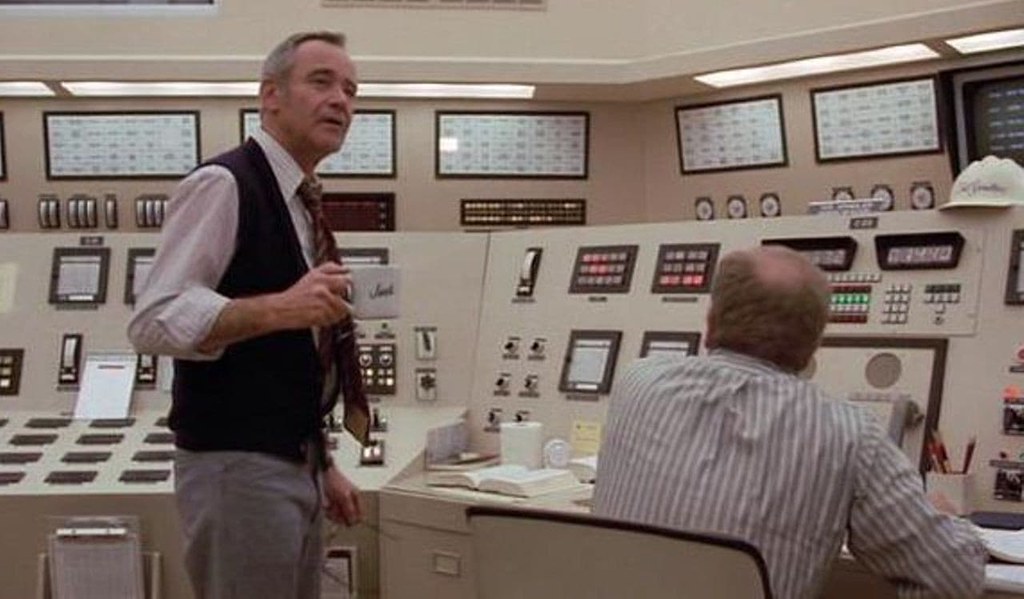 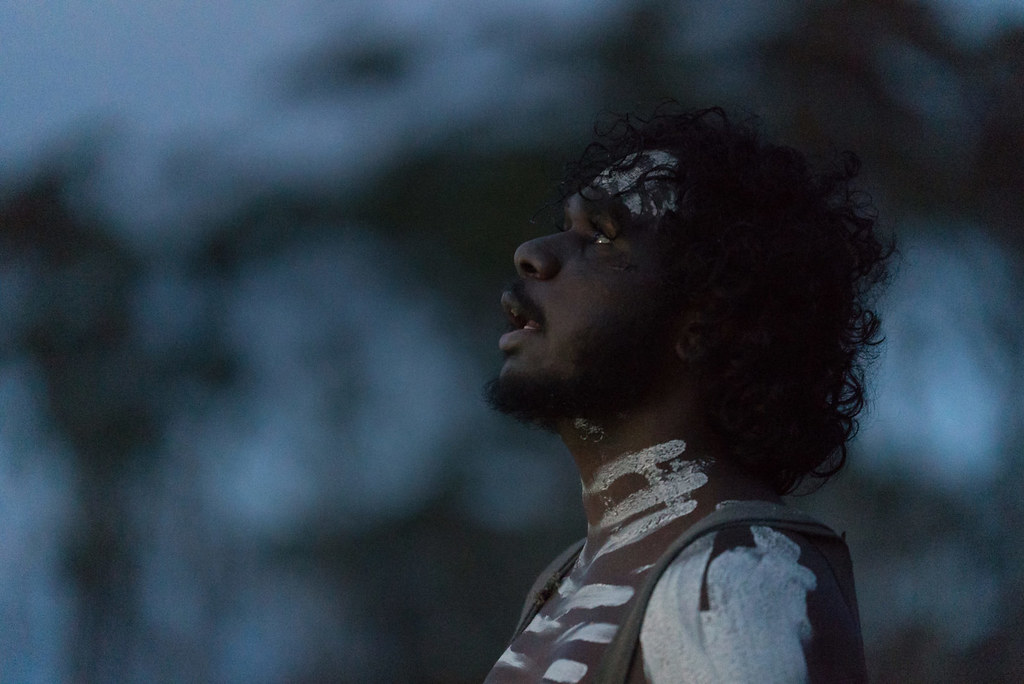 Once a year type film which I can now do as I purchased the blu-ray. Perfect score by Tôru Takemitsu, and some really unique and sublime macro photography by Hiroshi Segawa.

One great film, had only seen bad VHS copy beforehand, so powerful when projected and just full of bizarre business, not unlike other 70s surrealistic films but with the kitsch level dialed way down.

One of the most handsome opening shots perhaps in recent years, a 4.5 minute shot of a landscape via a slowly moving camera somewhere in the transition of night and sunrise (perhaps doctored with the camera). Somehow even on a second screening the rest of the film doesn't excite in the same way but there are many great shots throughout. Kind of reminds me of Ordet somehow, fantastic cinematography by Alexis Zabe (Florida Project, Post Tenebras Lux).

Jee-woon Kim - A Bittersweet Life - 2005
Beautiful film with one of the most intense urban action sequences I can remember, a white knuckle ride that happens about halfway through the film and then continues again in the end. Superb film. 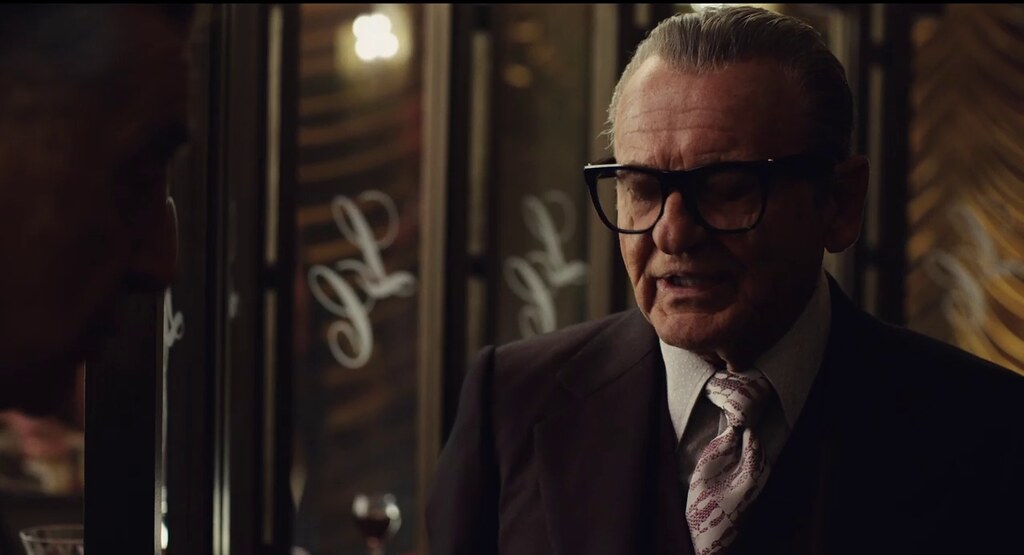 After reading Mr. Scorsese's New York Times essay dismissing super hero films I was really hoping his new film would overpower those films into oblivion and reinforce the idea that there is a distinct difference between films made for children or man-childs and those for adults. His new work surely did succeed there; it is a brilliant, mature, deep and highly entertaining film with so many layers it invites multiple viewings.  His best film since Goodfellas and it was really nice to see so many references to that film (the babysitter from the end showing up as Hoffa's wife for one), and references to shows like The Sopranos (Steven Van Zandt as the crooner). Such a classically told film, but mixed with a sort of cutting edge bite like the deaths of each minor character announced in bold text over each character's introduction. I got nervous when Pacino showed up that he would hoo-ha and do other bits of non-acting (like in his Salome) but he really just was great here, funny, depressing, subtle when he needed to be, and vulnerable. De Niro was beautiful throughout, especially when entering old age and later approaching death, but more than anything I was overwhelmed with Joe Pesci, perhaps one of my favorite actors. His elderly bread eating with wine was extremely moving and more so was his stealthy movements through the frame, or his face static with just so intense a look one would run in horror if in his presence. Something as simple as offering cereal to De Niro before his unspeakable deed had so much weight. Also, the score by Robbie Robertson was just brilliant, and I loved the end credits sound montage. There was a fear for this viewer that the structure of Goodfellas which was later exemplified in Casino, a structure that has much to do with the use of music, would be further seen here, but instead the film had a really fresh quality to it much to do with Robertson's music, but mostly just a clear indication that the director and editor (Thelma Schoonmaker) are true artist that are constantly changing and advancing. Also the dp Rodrigo Prieto shot one beautiful film, his previous cinematography includes Argo, Babel, Silence, Brokeback Mountain, and Amores Perros. Last thing is - I was glad to see many other heavy filmmakers come to Scorsese's defense when he questioned the qualities of Super Hero films. Their overwhelming presence in the dialogue of contemporary film enthusiasts (if they in fact are enthusiastic?) has resulted basically in someone like myself completely not wanting to talk about film with anyone outside my close circle of friends. It is about time someone with influence came along and made the point that these films that are really nothing more than the results of popcorn salesmen having wet-dreams. Wet-dreams that come from watching bad Disney films, and completely lack imagination and grit. Being inside the mind of a man-child is in these days ubiquitous, from looking at the internet, to going to work and especially interacting with the bloody smart phone. But you really ask yourself when seeing or hearing about these films; can one not even go to the cinema without being completely overwhelmed by this monoculture? The Irishman is coming from a total non-monoculture place and one really hopes it sways our contemporary culture into a more rich and mature frame of mind.
Posted by the art of memory at 11:49 AM